McLaren Automotive has generously offered the next owner of this F1, along with a guest, a day to spend at their facilities in Woking, Surrey, UK. This invitation includes a tour of the McLaren Technology Centre and McLaren Production Centre, followed by lunch at their VIP dining room. Guests will also be invited to visit the McLaren Special Operations facility to see the heritage McLarens being restored, upgraded, and serviced alongside the latest models, as they arrive straight off the production line and are having bespoke modifications carried out. The tour also includes visiting the McLaren GT workshops to view the latest GT3 and GT Sprint vehicles being built and serviced. This invitation is in addition to any accompaniments made available in the catalogue description.

The McLaren F1 is a car that needs no introduction, yet its significance to the history of the automobile in general warrants a brief overview.

It was built and designed on a blank sheet of paper by a team led by Gordon Murray and Ron Dennis, who were looking to make zero compromises in the pursuit of automotive perfection. In doing so, they managed to write themselves into the annals of motoring history. On March 31, 1998, a McLaren F1 (chassis XP5) achieved a top speed of 240.14 mph at the Ehra-Lessien Proving Ground in Germany, setting a record for road going production cars that would stand for nearly seven years, smashing the previous record held by a Jaguar XJ220 by almost 30 mph. To this day, the McLaren F1 still holds the record as the fastest naturally aspirated production car.

Even though it was purposely built to be the world’s finest road car, the F1’s performance was unrivaled on the track, and a McLaren F1 took 1st overall in the 1995 24 Hours of Le Mans.

To those at McLaren, and in the opinion of many car enthusiasts worldwide, the F1 is the ultimate road car. Some would further argue that it is the greatest automobile ever built.

The second-to-last “standard” F1 road car built, chassis number 073, was completed in 1998 and delivered that year to its first high-profile owner. According to information supplied in the owner’s manual (written in and signed by Gordon Murray himself), this car was designated as a European-delivery example that had been finished in AMG Green Velvet with a two-tone cream and green interior. The car was built over the summer of 1998, and it is noted as being delivered new on September 4, 1998. However, rather than being shipped out to its first owner, that owner specified for his car to be kept at McLaren’s facilities in Woking. Since the F1 was left in the custody of McLaren, all its requisite services and upgrades were performed by the factory during this time.

A unique aspect of McLaren is that owners, current or original, of McLaren F1s have the opportunity to send their cars back to the factory to be upgraded to their desire. That department, now called McLaren Special Operations, was set up to service, upgrade, and personalize F1s for their discerning clients. Some cars that entered the MSO facilities received only minor cosmetic updates, while some received sweeping changes that left few stones unturned, in an effort to improve upon what is the finest road going automobile ever built by man. Chassis 073 is an example of the latter.

In fulfilling McLaren Special Operations’ goal of making chassis 073 the finest and most desirable F1 on the planet, the car was fitted with the more powerful LM-specification engine. These engines were further optimized with parts derived from the GTR race cars to provide 680 horsepower at 7,800 rpm, which was accomplished by increasing the compression ratio, changing the cams, using different pistons, and swapping airflow meters for air pressure sensors. Chassis number 073 was also updated with larger radiators, to provide additional cooling, and a sports exhaust. It is one of only two road going F1s to be fitted with an LM engine.

McLaren also installed the Extra High Downforce Package, which includes a revised nose with additional front wing vents and a more aggressive rear wing over the traditional High Downforce Package. It was also fitted with a 4-millimeter Gurney flap, to further aid the car’s high-speed stability. As the original headlights were a noted weak point on F1s, gas discharge headlights were fitted for improved visibility. A custom set of 18-inch multi-spoke wheels were fitted as well. Finally, the car was refinished in a brilliant orange metallic, which is a hue seldom seen on F1s and perfectly suits its stunning design.

The updates did not stop there. Inside, the car has been fitted with a number of modern amenities. The interior was updated to GT specifications and retrimmed in magnolia leather and alcantara, with beige alcantara inserts in the seats. Numerous other modern improvements were made, including upgrading the air-conditioning system and stereo and installing a Phillips satellite navigation system, as well as a helicopter-grade car-to-car radio and intercom system. The intercom allows passengers to speak to each other with ease, even while accelerating north of 7,000 rpm. McLaren fitted the car with a larger 14-inch steering wheel, an LM-style handbrake, an LM-style instrument cluster with a shift light, and tinted side windows, and they also etched “073” into the tachometer.

The sum of these upgrades produced a car which is lauded by many as the finest driving F1 in existence, as it is a perfect mix of the best aspects of both the original road car and the radical LM. Only five LMs were sold to the public (with an additional prototype being retained by McLaren), and while these cars are considered the very best, they rarely come available for sale and are often traded for nearly twice the value of a road-specification F1. Chassis 073 offers all that the F1 LMs offer, but in a package that can be comfortably enjoyed on the open road.

The car was sold by its first owner in 2003 to a collector in Florida, and it has remained in the Sunshine State ever since. Since leaving the custody of its original owner, the car has only accumulated an additional 700 kilometers, meaning that the engine has covered just under 6,000 kilometers during its time with chassis number 073. It has only been serviced by McLaren, to ensure that it is appropriately maintained and ready to drive and enjoy at a moment’s notice. Please consult an RM representative to review the extensive receipts on file from 2013, which total over $80,000 and include such notable items as the replacement of a clutch and fuel cell.

Accompanying chassis number 073 is its original exhaust, a correct original gold-plated titanium Facom tool roll, a Facom mechanic’s roll-around tool chest with a torque wrench, luggage, and its original owner’s and service manuals. It was also fitted with new tires.

THE BEST OF THE GREATEST

Few people ever get to see an F1 in person, and even fewer have ever had a chance to inspect one up close, let alone slide past the butterfly doors and into its three-seater cabin. Perhaps two or three hundred people have ever had the privilege of driving one, and fewer still have ever realized the dream of owning a McLaren F1.

Today, RM Sotheby’s offers a rare and singular opportunity for a new caretaker to purchase chassis number 073, a U.S.-legal example.

The successful bidder will sit behind the wheel of a car that combines the comforts of the original F1 with the performance of the radical LMs and the best of modern conveniences—all as set up by the talented artisans of the McLaren Special Operations team. Within the realm of the McLaren F1, a special car in its own right, chassis 073 is even more special, as it offers luxury options that are absent from the LM and performance above that of the road-specification F1s. Moreover, it is one of only two examples, making it rarer than a typical LM, and it is a car whose three-seat configuration may never be repeated within the advent of modern safety regulations.

Here, in the ultimate version of the greatest automobile ever built, its new owner will become the next member of a close-knit and exclusive fraternity of enthusiasts, each of whom is dedicated to serving as the custodian of a McLaren F1 and enjoying it at speed. To call this car the "modern 250 GTO" is no exaggeration, nor is the exclusivity of joining this rarified club. 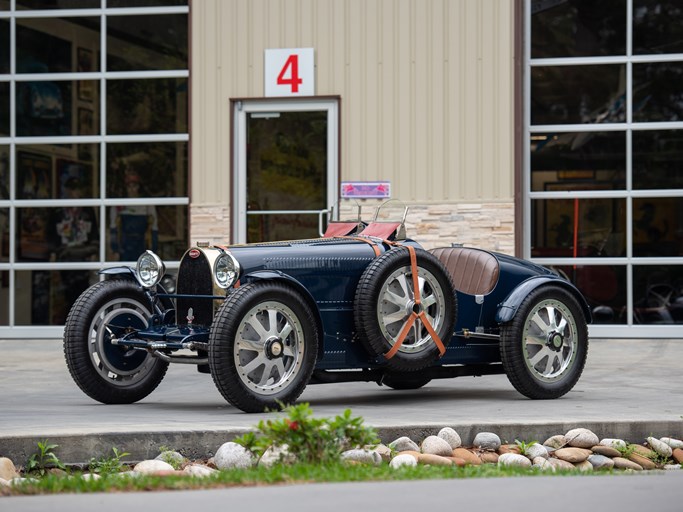 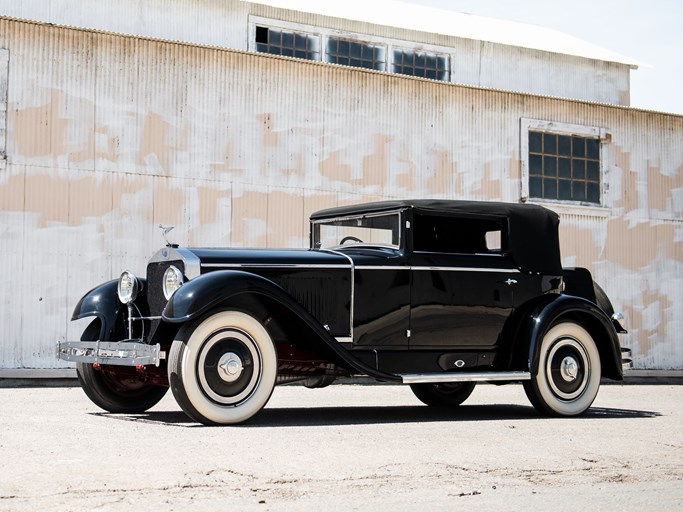