Presented here is the very first example of the two hundred 250 GT Series II Cabriolets built by Ferrari. Astute historians will be quick to note that this car falls well before the final Series I Cabriolet (1475 GT). As such, this car was the prototype for the model and exhibits a handful of unique features not seen on Series I or Series II Cabriolets, making it stand out amongst its siblings.

The body is fitted with distinctive side louvers, similar to those seen on the 500 Superfast and later on the 250 GTE and 330 GTS, and a hood scoop. Inside, the rearview mirror was fitted to the top of the windscreen rather than on the top of the dashboard, and the swing-out ashtray can be found in the lower part of the dashboard rather than on the transmission tunnel. Perhaps the most notable mechanical upgrade was the installation of Dunlop disc brakes over the drum brakes used in Series I Cabriolets. The car was originally finished in Nero Tropicale, but soon after, it was refinished in Grigio Perla Chiaro by the factory, yet it still retained its original Rosso Vivo Connolly leather interior (VM 8300) with a Nero convertible top.

About a month after the car was completed, 1213 GT was sold new to its first owner, Maria Amelia da Silva José DeMelo, of Lisbon, Portugal, the wife of one of the owners of Mocar, the Portuguese Alfa Romeo and Peugeot importer at that time. In 1963, 1213 GT was purchased by Carlos Marcelino Correia Sabino Pereira in Lisbon. Pereira owned the car for two years and then traded it for a new Jaguar at the dealership A.M. Almeida. The car was repainted red while in the care of A.M. Almeida. It was sold again in 1966 to Luis das Neves, the brother of Portuguese racing driver Ernesto Neves, and passed later that year to André Gonçalves Pereia, a well-known lawyer. In his ownership, Pereia repainted the car white.

It is believed that during this time the car was fitted with its current engine, a 128F-type Colombo V-12 sourced from a 250 GTE, chassis number 3927. This is a later “outside-plug” engine, which replaced the earlier 128D’s siamesed cylinders with six separate ports on each bank, and it is an engine generally considered to be more desirable than its earlier counterparts.

In July 1968, the car was purchased by José Luís Stock and his cousin Matheus. Stock, the brother of well-known Portuguese racing driver Fernando Stock, was just 17 years old at the time. It could be argued that a Ferrari was quite powerful for a 17-year-old driver, and in March 1970, Stock had an accident with the car at the corner of the Forte do Velho Discotheque in Estoril, damaging both the passenger-side front and driver-side rear. The car was promptly repaired, refinished in blue, and sold through Ferrari dealer Palma & Morgado.

Chassis 1213 GT was eventually sold to Spain and then imported from Spain into the United States by Giuseppe Risi, of Ferrari of Houston, in November 1981. The car remained in Houston with Risi until July 1982, when it was purchased by Theodore R. Peterson, of Hinsdale, Illinois. Peterson restored the car, and it was refinished in red with a brown leather interior, the same color combination it wears today.

In 1995, Peterson sold the car to its current custodian, a resident in Palm Beach, Florida. Over the course of the next 20 years, chassis number 1213 GT has been used as a warm-weather driver, enthusiastically exercised most Sundays as long as the sun was shining. The car’s engine was fully rebuilt in December 1997 at 28,000 kilometers; following the completion of the rebuild, it was decided that this Ferrari would not be one to sit idle in a garage and would instead be enjoyed frequently on the open road. It was a regular sight throughout Palm Beach over the next two decades; over 10,000 kilometers were put on the car during this time. Needless to say, chassis number 1213 GT has been serviced on a regular basis, as necessary, to ensure it is ready to drive and enjoy at a moment’s notice. An RM Sotheby’s specialist, who recently had the opportunity to drive the car, reported that “it drives exactly as it should and is mechanically spot on, as one would expect for a Ferrari driven on a regular basis. It is very easy and comfortable to drive. Its V-12 provides plenty of power, and the car performs admirably at speed.”

Additionally, it is important to note that the car is accompanied by a healthy file of documentation. This includes copies of the car’s original build sheets; correspondence with Ferrari, Pininfarina, and Giuseppe Risi; and a 250 GTE parts manual.

For the enthusiast, offered here is a vehicle ready to drive and enjoy at a moment’s notice. It could easily serve as a summertime daily driver, and it is perhaps the perfect vehicle to experience the thrills of Ferrari’s legendary Colombo V-12, combined with the added delight of open-top motoring. Its current owner, and anyone who has had the pleasure of sampling the car in recent memory, has nothing but good things to say about the car’s drivability.

For the historian, 1213 GT is an irreplaceable piece of Ferrari history, marking the beginning of production of Ferrari’s very well-respected 250 GT Series II Cabriolet. With a number of unique features, it proudly stands out from amongst the cars that followed in its footsteps. As such, the opportunity to acquire chassis 1213 GT also warrants a significant opportunity to undertake a complete restoration. This would make the car worthy of awards at many of the top concours events around the world due to its significance in Ferrari history as the very first example of its kind.

Whatever route its new owner should choose, rest assured that when the journey involves a unique piece of Ferrari history, it will undoubtedly be fulfilling. 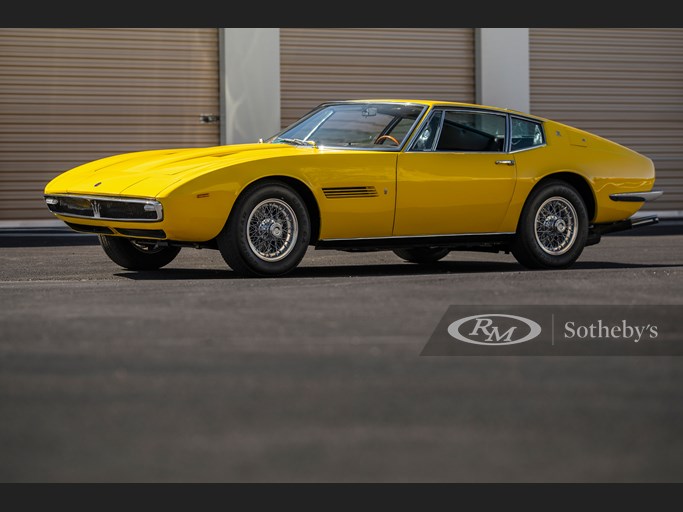