The American Underslung, a factory-bestowed nickname of sorts, not a model name, was one of the foremost automobiles built in Indianapolis, in an era when the Crown City was another Midwestern center of motor car production. Designed by Fred Tone, it featured an advanced chassis design that ran under and dipped between the axles, lowering the car’s body closer to the ground and, therefore, also its center of gravity. This resulted not only in beautiful, slinky styling—the E-Type of its era—but in superb handling to match the performance of brutal T-head four-cylinder engines. The American was expensive and worth it: a beautifully constructed performance car that represented the best of American performance at the time, as the Ford GT does today.

American built the Underslung model from 1907 until 1914, with various engines and in various sizes. It is the four-passenger Traveler that is perhaps the most desired today, on account of its dramatic four-passenger Toy Tonneau styling, with close-coupled lines incorporating a snug rear seat for two, which is tucked into the back, along with dual rear-mounted spares.

The known history of the car offered here includes perhaps the most famous Underslung enthusiast, the late Walter Seeley, of Russell, Pennsylvania. Mr. Seeley is most famous for restoring the Deemer family’s several American automobiles, but he also owned others over the years, and by corresponding with the late Fred Tone’s son, he amassed the foremost collection of documents and archival materials relating to American Underslungs. This Traveler was reportedly the finest, most original American owned by Mr. Seeley, and importantly, a large part of his archives passed with it when the car was sold to another famed enthusiast, Joel Finn.

Mr. Finn eventually passed the American on to a well-known East Coast enthusiast of Brass Era automobiles, Richard King, from whom it was purchased by its present owner. After acquiring the American from Mr. King, the consignor brought the car to Brian Joseph’s respected restoration facility, Classic & Exotic Service, of Troy, Michigan, to undergo a full Pebble Beach-quality restoration.

The American’s body was removed from the chassis, and every piece of the running gear, including the engine, transmission, rear axle, springs, and shackles, was taken apart and rebuilt to original condition. What pieces were beyond repair were remanufactured using original factory blueprints and samples to confirm the designs.

Typical of original wooden wheels, the ones mounted to the car were of age and required replacement for safe driving; as such, they were duplicated by the restorers to an exacting standard. The original brass fittings, trim, and lighting were restored by renowned brass specialist Rick Britten, while new top bows and sockets were made from scratch to replace the originals.

The sheet metal was taken off the body, revealing original wood that was generally in very good condition and required repair in only a few small areas. The original sheet metal, with the exception of a few repairs to the fender skirts and aprons, was then straightened and installed back on the original wood. Even the original rear floors, which had cracked and shrunk, were repaired rather than replaced, to ensure that the car would have as much of its original components as possible.

The restored body was then reupholstered using a collection of large-format factory photographs, acquired by the owners, to confirm the original design and execution. The same photographs provided an invaluable picture of the original paint scheme and striping patterns used for the Traveler, which were painstakingly recreated here. Similarly, the unusually angled folding windshield was confirmed to be an original period piece, which could have been supplied by a dealer.

With restoration at last completed, the Traveler was brought to the Pebble Beach Concours d’Elegance in 2014. It completed the Tour d’Elegance—with no issues aside from getting lost along the route!—and went on to win Best in Class, earning it one of the most prominent honors accorded to any Brass Era automobile.

Seldom shown since but maintained to the same impeccable standards as at its completion, the Traveler is a remarkably original, authentic, and correct example of an automobile that was among the most sporting, powerful, and advanced of its era. It is fast, boisterous, and proudly American! 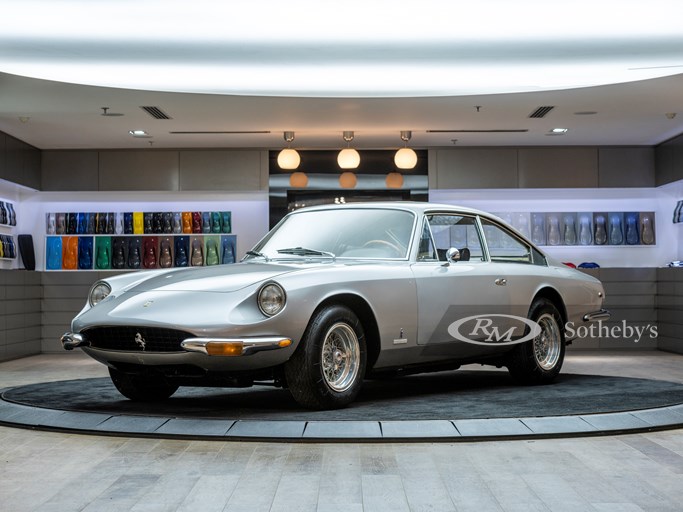