For 23 years, Italy’s Mille Miglia ranked among the world’s most important and famous automotive endurance races. All of the great marques and great drivers competed at high speeds on rough Italian public roads in virtually any type of automobile, aside from open-wheeled formula racers, in classes that accommodated the slowest, the fastest, and everything in between. The event was known for its rather hairy nature, with relatively few entries surviving long enough to classify as finishers, and eventually the toll among participants and spectators alike forced an end to this historic event.

Today, the Mille Miglia has been revived as a fast rally, open to cars of which at least one example raced the thousand miles between Brescia and Rome and back again before the curtain rang down 57 years ago. Many of those original racers are still around and running, and they receive preference when the 375 entries for the event are selected. This spirited custom-built competition Coupe Speciale is among those genuine Mille Miglia race cars, and it is accompanied by its original Mille Miglia documentation, which attests to its running in the event in both 1954 and 1955.

This Coupe was commissioned by Milanese racing driver Ovidio Capelli, who had taken over Scuderia Ambrosiana from Count Johnny Lurani in 1949. Capelli had very close ties with Fiat and commissioned numerous special cars, including the very first Zagato-bodied 8V. The genesis of this particular car appears to have been a donor 1951 Fiat 1400, from which many of its mechanical components were borrowed. Gilco fabricated a tubular steel frame, and it was joined to a hand-hammered, lightweight-aluminum alloy body. The original Fiat engine, number 024073, is believed to have been warmed over by either Siata or tuner Carlo Abarth, but the car was certainly badged as a Siata. It was first registered in Milan in March 1954, probably as a Fiat 1400 in order to take advantage of the donor car’s documents.

The frame was built in 1952 by Gilberto Colombo, the owner of chassis manufacturer Gilco and the offspring of the Colombo family business, which was founded in the early 1920s by Gilberto’s father. Angelo Luigi Colombo originally manufactured precision steel tubing for aviation, as well as bicycle frames, but he expanded after World War II to build tubular chassis for automobiles.

Gilberto Colombo’s first project, in 1946, was a redesign of a Maserati Formula One frame for the Ruggieri brothers’ team in Milan. Colombo also met with Enzo Ferrari that year, resulting in a long-term business relationship and the eventual creation of frames for many of the cars that bore the famed Cavallino Rampante. Ferrari increased its production in the mid-1950s, and Gilco produced between 25 and 30 frames for the company every quarter.

Later in 1954, the unique car was purchased by Roberto Montali, an avid car collector and amateur racer from Ancona who drove in five Mille Miglias. He entered the Fiat-Siata in both 1954, as #346, with co-driver Bontempi Morici, and in 1955, as #545, with co-driver Esildo Morici and driving in the Sports 1.5 category. There are numerous historic photographs of the car in competition, which describe it as a Siata.

Al Maggiacomo, an American G.I. and Italian sports car enthusiast stationed in Germany, acquired the car while visiting Milan in 1956, and after driving it around Europe for several years, he brought it back stateside and drove it until 1963. Maggiacomo’s brother, a well-known East Coast racing driver, eventually replaced the original Fiat engine and transmission with one from a Triumph TR3, modifying the engine mounts and dashboard to do so.

Then, the car, registered as a 1957 Siata, passed through several other hands before its acquisition by Vermont collector Dave DuBrul, who researched its history back to Maggiacomo. DuBrul located two genuine Siata 1400 engines, one mildly modified and the other a full-bore race motor. In 1984, he passed the Siata on to its current owner and avid enthusiast.

The Fiat Special was carefully restored over a period of many years. Its frame remains nearly entirely original, although new motor mounts were fabricated to return the chassis to its original configuration. The aluminum body was in very good condition and remains mostly original, with only the dashboard center, rocker panels, and part of the floor replaced. Period-correct Jaeger and Fiat gauges and switchgear were also installed to keep with authenticity.

The milder of the two available Siata engines was fully rebuilt and balanced, using the special 1500 racing crankshaft and lightened flywheel from the race engine. With two DCO3 40-millimeter Weber carburetors on alloy intake manifolds and a split exhaust header, the engine produces an estimated 90 horsepower and displaces an actual 1,669 cubic centimeters, which is fed through the Fiat 1400 gearbox and rear axle. The car, currently running a Vertex magneto and tach drive, is also supplied with a period-correct Fiat distributor, coil, and tachometer. An original Siata intake manifold with a cast exhaust header will also be supplied with the car.

As the original paint color is unknown, the body was resprayed an attractive two-tone silver and blue, which was matched to paint samples found during the body restoration. A color photograph documents the blue exterior and red interior as early as 1958. The interior sports a pair of 1950 Fiat 1100 seats covered in red leather, while the remainder of the interior is red vinyl and features a tan cloth headliner and rubber floormats. The 14-inch wheels are steel with alloy rims.

Since the completion of its restoration, the Siata has been displayed at the 2010 Amelia Island Concours d’Elegance, where it appeared in the ever popular and special Etceterini Class, which honors the obscure, fascinating, and wonderful Italian sports specials of years past. Today, it remains well presented for driving and show appearances, and it would also be a highly competent and welcome entrant in the historic Mille Miglia and virtually any other important vintage racing event. This outstanding and fully restored Siata is complete with comprehensive documentation, which outlines its exciting early racing history, and it will undoubtedly provide great reward for its next owner. 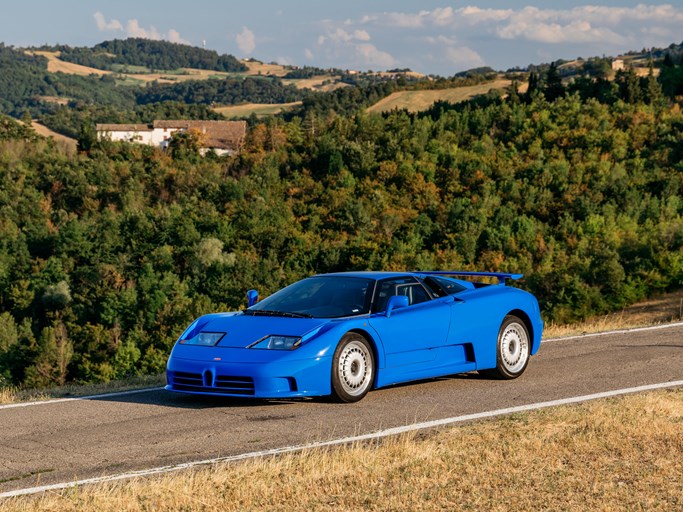