The 300 series was introduced at the Frankfurt Auto Show in 1951, and it was designed specifically for the export market. The 300 was beautifully designed, and it featured a modern wraparound windshield and flush-mounted headlights. Initially, the series was only available in four-door configuration, as either a saloon or cabriolet.

The 300 S, or “Super,” model was introduced in mid-1952, and it combined elements of the existing 300 series with the upcoming but delayed 300 SL sports car. The most notable enhancement included a 30 percent increase in horsepower, from 115 to 150. This new car was praised by the motoring press, as it was capable of a remarkable top speed of 110 mph. It also had a wraparound windshield, graceful wing lines, and a curved rear body line. The comprehensive list of standard equipment included no-glare mirrors, vacuum-assisted brakes, backup lights, reclining seats, and windshield washers. Priced from $12,680, these cars cost as much as 10 standard cars, and as a result, only approximately 560 examples of the 300 S were built, with 203 of those being cabriolets. Of course, such exclusivity resulted in an enviable list of wealthy and famous clients, including the Aga Khan, Gary Cooper, and Cary Grant.

More importantly, the 300 S introduced three sporty new bodies on a 25-centimeter shorter chassis, a coupe, cabriolet, and roadster. Although the styling was fresh and modern, the interior was most impressive. In comparison to the spartan automotive furnishings of some of its contemporaries, the new 300 S featured a lavish interior with supple leather, glossy and perfect burled walnut trim, a dash with chrome-accented instruments, and a switchgear that was made with the precision of fine jewelry.

The Cabriolet presented here was reportedly maintained in the care of its original owner from 1953 until 1979. Its second owner then began a no-expense-spared restoration that was ultimately completed by marque specialist Don Mertz in 2010.

This beautifully presented car is finished in Medium Red and has matching wheels and center caps and a convertible top that is finished in correct fabric. Inside, hand-finished burled walnut extends 360 degrees around the wonderful hand-rolled and pleated tan leather upholstery, which is trimmed with wool carpeting. The trunk is outfitted with an extraordinary set of handmade reproduction German pigskin luggage, two spare tires that match the period-correct whitewalls mounted on the car, an original tool roll, and the correct jack. Under the hood is equally impressive, with Mr. Mertz’s long years of Mercedes-Benz experience showing in finishes that are indistinguishable from how the car was originally delivered new in 1953. The car retains its original body and drivetrain, and it will be provided with its original owner’s manual and documentation, which includes a Certificate of Authenticity from Mercedes-Benz.

Since the completion of its restoration in 2010, this exceptional automobile and its restoration have been honored with numerous First Place awards at the Greystone Mansion, Palos Verdes, Santa Barbara, and Dana Point Concours d’Elegance, as well as at the San Marino Motor Classic.

This automobile wants only for new owners who will appreciate the original fineness of the car and the astonishing restoration, and those who will enjoy showing the car to great advantage at many more top-level concours throughout North America or Europe. 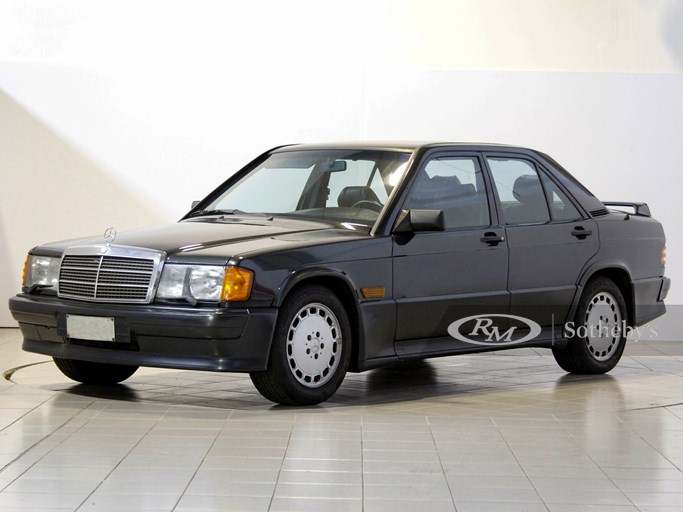 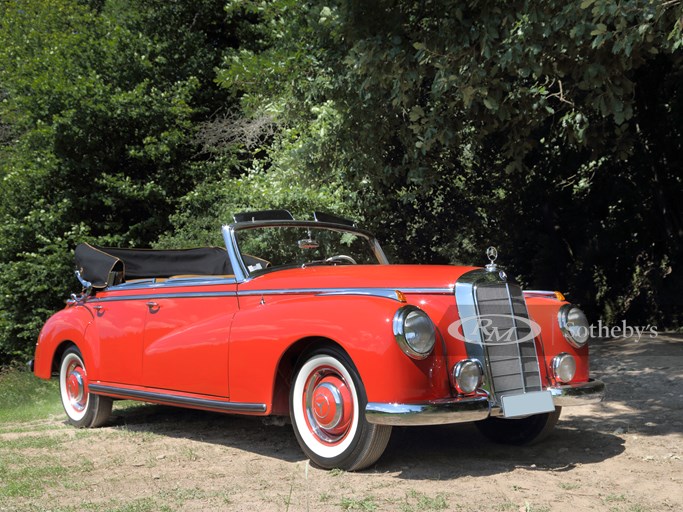