No one can deny that Eugene Casaroll fought the good fight. The Detroit businessman had taken a Chrysler concept car and developed it into a limited-production convertible, employing reliable MoPar mechanicals and svelte hand-built Ghia coachwork. Not only had the car been successfully produced, but it had, in only three short years since its 1956 introduction, become the favored automobile of Hollywood royalty. Frank Sinatra, Lucille Ball, and Peter Lawford all had Dual-Ghias in their driveways.

Nonetheless, by 1958, Casaroll was ailing, and business for the shipping line, which was his bread and butter, had slowed. He was not in the market to continue his success, but Ghia designer Paul Farago was, and he drew up a second-generation model, a “two-plus-two” fastback coupe with lines refined by Chrysler’s Virgil Exner. Ghia would hand-build not only the body but virtually the entire car, including the chassis, which was based on 1960 Chrysler suspension and a 383-cubic inch “Wedge” V-8. As the involvement of Casaroll’s Dual Motors shrunk, the new model was simply christened the Ghia L6.4, or “6.4 liter,” which is the metric displacement of its engine.

Priced at an astonishing $13,500, the L6.4 nonetheless brought back Sinatra and Ball as return customers, and no one could deny that the buyer didn’t get his or her money’s worth: the Ghia was among the finest-finished automobiles in the world. It wasn’t the price that was the problem. It was the cost of production, and the complications of building a car in Italy and selling it in the United States, that was the problem. In the end, the L6.4 was doomed to a brief yet glorious existence, with only 26 built and sold.

As confirmed by noted Dual-Ghia historian Dr. Paul Sable, this car, chassis number 0305, was the factory’s New York Auto Show car in 1962. It was sold off the show floor to Bernard Berman, of Allentown, Pennsylvania, a noted enthusiast and car collector who acquired several Dual-Ghias over the years. While in Berman’s care, the pristine L6.4 appeared in Dr. Sable and John Matras’s benchmark Dual-Ghia history that was published in Automobile Quarterly, Volume 35, Number 3.

Berman retained this car until the early 2000s, when it was sold to its second owner; it has traded hands only twice since, most recently to a noted collector of 1950s Chrysler products, from whose hands it is offered today.

What makes this L6.4 spectacular is not only its long-term original ownership by an enthusiast, but how beautifully it has been preserved as decades passed. The term “time capsule” is perhaps overused, but one cannot help but bring it to mind when examining the nearly perfect original paint, interior, and chrome of this car, all of which is much as it was in 1962. All the original Sekurit glass is in place, as is all the original wiring and decals under the hood. Even the factory air conditioning still keeps things cool. The car is filled with abundantly fine detail, including beautifully finished trim on the dashboard and headliner.

Behind the front seat is a set of the original fitted luggage, with which this car was supplied new; the luggage is also preserved in near-perfect condition, and it appears to have never been used in the 28,000 miles that the Ghia has been driven since 1962.

All great automobiles are a reflection of their time and place. The Ghia L6.4 was built at a time when American automobiles were at the peak of their grandeur and when European design was beginning to make inroads in the field of American good taste. It was an era when successful people of a certain income could, thanks to Eugene Casaroll, Paul Farago, and some very talented craftsmen in Turin, buy themselves the next best thing to a concept car.

The L6.4 offered today, kept for all these years virtually exactly as it was when it was new, represents an opportunity for a lucky bidder to revisit that time and place, to capture that feeling again, and to enjoy hand-built motoring at its finest, just as 26 lucky jet-setters did at the start of the Space Age. 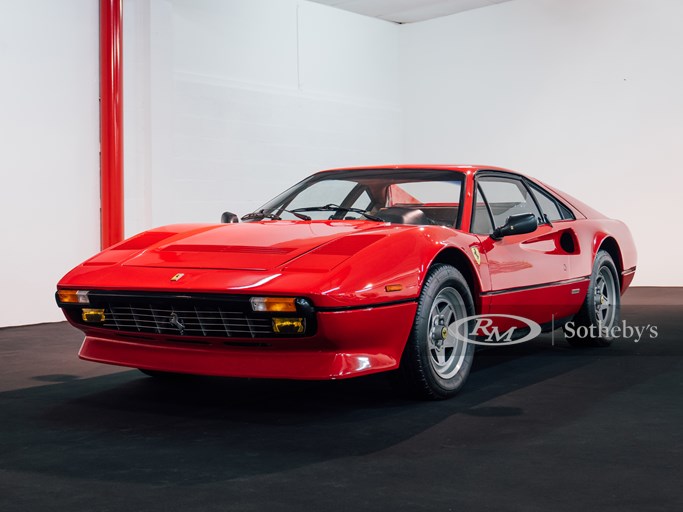