The Duesenberg Model J had become available with a supercharger in 1932. Three years later, the eight-cylinder Auburn could also be had with a blower. All that was left was to fit the engine to the new Cord of 1936, and a year later, as the 810 evolved into the 812 with production fully underway, Auburn Automobile Company’s most flamboyant line received supercharged power as a popular $415 option on all models.

Lycoming began with the 810’s stock V-8 engine, revising the design with a modified firing order, lowered compression ratio, more extreme cam grind, and a unique, larger Stromberg AA-25 carburetor. The engine exhaled through a functional chrome side exhaust, an identifying mark of all supercharged Auburn products that was believed to have been added to the Cord by stylist Alex Tremulis, later of Tucker fame, and engineered into being by none other than August Duesenberg.

The supercharged Cord had a factory-quoted power output of 170 horsepower, although Lycoming employees later recounted numbers as high as 195. The factory sent two properly equipped Beverly Sedans to the Indianapolis Motor Speedway, where, driven by Ab Jenkins and Billy Winn, they recorded the highest average speed over a 24-year period ever achieved at the Brickyard, over 80 mph, and captured the famous Stevens Trophy. That record would stand until 1954. Make no mistake, these were fast cars, with power and flexibility that was as much ahead of its time as the Cord’s famous Gordon Buehrig styling.

The four-passenger Phaeton shown here is one of 688 factory-supercharged Cords built, and it retains its original “FC” engine, as verified by the 810/812 chassis listing in Josh B. Malks’s Cord Complete and its ACD Club Category One certification. It was acquired in 1967 by an enthusiast in northern California, who had joined the Auburn Cord Duesenberg Club and inquired as to purchasing a car in the Club’s newsletter. Soon after, he purchased this car, and it remained a favored possession for the rest of his life, being offered here by the family that has known and cared for it for 46 years.

The Cord was beautifully restored some years ago, with great attention to authenticity and correctness throughout, including proper fittings, finishes, and wiring under the hood. The body is finished in Geneva Blue, a correct factory color, with the interior a wonderful contrast in bright red leather in the proper pattern and a tan canvas top overseeing all.

Following the completion of the restoration, the car was an award winner at the ACD Club’s West Coast Meet in 1987. It has continued to be regularly enjoyed since; the owners report that it was, for some time, a “daily driver.” It was regularly maintained for decades, so that it could be taken out, run, and enjoyed. Having been well looked-after cosmetically as well as mechanically, the car would need only a light freshening to continue to be enjoyed in regional meets and activities.

As much heirloom as automobile to the family from which it is being sold, this car is being offered to a new, good home, where it is certain to continue to be a special point of pride, whether it is parked as a trophy in the garage or rolling down the road in Art Deco style. 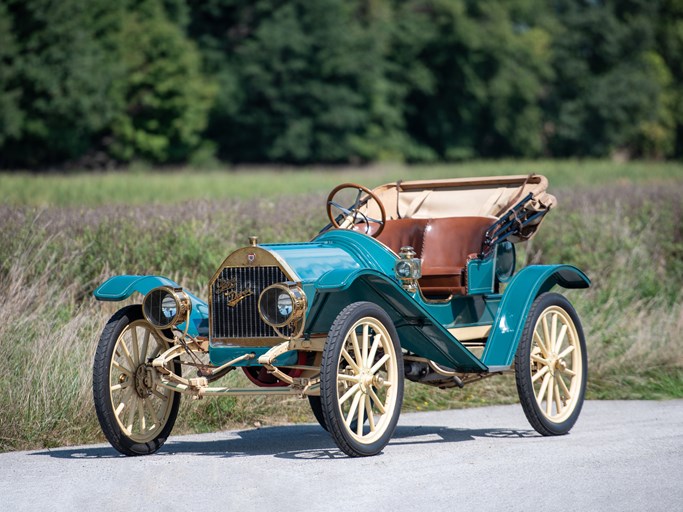