Addendum: Please note that contrary to the catalogue description, this car does not come with its original build sheet.

Cadillac, Lincoln, Pierce-Arrow, and Packard: they all introduced multi-cylinder engines as the Roaring Twenties became the Dirty Thirties. Marmon of Indianapolis had a V-16, which must have greatly troubled the company’s long-time Indy competitor, Stutz. The successes that Stutz had enjoyed on America’s board and dirt tracks had once made the company a leading manufacturer of performance cars, but the Great Depression and a series of poor business decisions in upper-level management had taken its toll. “The car that made good in a day” was still a very good automobile, with its Vertical Eight engine and revolutionary “Safety Stutz” construction; however, it was no longer the market leader it had been. Worse still, the company lacked the funds to build the V-12 or V-16 that would allow it to successfully compete in a growing market.

The company instead took the Vertical Eight and went to work, essentially hot-rodding it. The 322-cubic inch former BB engine was redesigned by the dean of the Stutz engineering department, Charles “Pop” Greuter, who gave it double overhead camshafts and angled valves above hemispherical combustion chambers. It was this arrangement that gave the engine its lasting title: it boasted four valves per cylinder, for 32 in total, resulting in “DV32.” The engine produced some 125 horsepower, or about the same horsepower-per-cubic-inch ratio of the Model J Duesenberg, and sent it to the rear axle through a four-speed transmission built by Duesenberg’s supplier, Warner.

Greuter had done wonders for a moribund company on an appropriate budget. The DV32 proved swift and flexible, and even with the heaviest formal coachwork on the longest chassis, one could be capable of 80 mph. Nonetheless, Stutz’s days were numbered, and only about 200 examples were delivered before the company faded into automotive history in 1935. Survivors are prized alongside early Bearcats as the crown jewels of Stutz collectordom, with the most desirable being those few chassis that received full custom coachwork.

Many of the finest of those bespoke creations were produced by the Rollston Company of New York City, which, for three decades, was Manhattan’s most prestigious coachbuilder. Rollston produced an astonishingly diverse portfolio of work, encompassing everything from fleet roadsters to massive town cars, which were all distinguished by incredible build quality and priced accordingly. Their most famous design for Stutz was the five-passenger convertible victoria, a design that was originally developed in Europe in the early 1920s and then popularized in the U.S. by Waterhouse and, later, Rollston, who continued producing it after Waterhouse folded. The style was distinguished by a formal top with no rear quarter windows, providing a sheltered perch for rear seat passengers when the top was raised. When lowered, however, the top would lie flat into a scooped “notch” behind the doors, giving the Rollston Convertible Victoria a smooth, clean line across the beltline. Long doors and a lowered windscreen and side windows served to accentuate the massive length and elegance of the design.

The car offered here was the second of seven Rollston Convertible Victorias built on Stutz chassis in the early 1930s, and it was displayed at the Chicago Auto Show of 1931. In the 1960s, the original SV16 engine was replaced by the “hot,” more desirable DV32 unit, after which the car spent many years in the well-known collection of Bill Harrah. It was eventually acquired from Harrah’s Automobile Collection by the noted enthusiast Knox Kershaw, and, in turn, from him by the present owner in the early 1990s.

The owner undertook an exhaustive, high-quality, nut-and-bolt restoration to concours levels, which was completed in the early 1990s. During the restoration, the firewall tag was changed to DV-PC-1179, as it appears today, honoring the engine now installed; its original form is documented by the factory build sheet, which accompanies the car. The Stutz has since been presented at several shows, most prominently at the Pebble Beach Concours d’Elegance in 1994, where it was awarded Second in Class. Six years later, it was shown at the California Grand Classic of the Classic Car Club of America, where it was judged at 100 points—an outstanding honor for a restoration then several years old.

Ever since, the Stutz has been carefully looked after and maintained, and it continues to present in high-point condition. The body is strikingly liveried in pale blue with dark red beltlines and a black top, and the interior is upholstered in rich dark red leather, which, as with the rest of the car, has been beautifully kept and appears to have been scarcely used. Ryanlite headlights and the famous “Ra” headlamps instantly identify this car as an early 1930s Stutz. The level of detail and preparation to be found throughout is in keeping with the car’s heritage as a show car, and it is a testament to the tender loving care that it has received in this collection.

Owned by noted enthusiasts, restored to the highest of standards, and well-maintained since, this Stutz is deserving of the highest consideration. 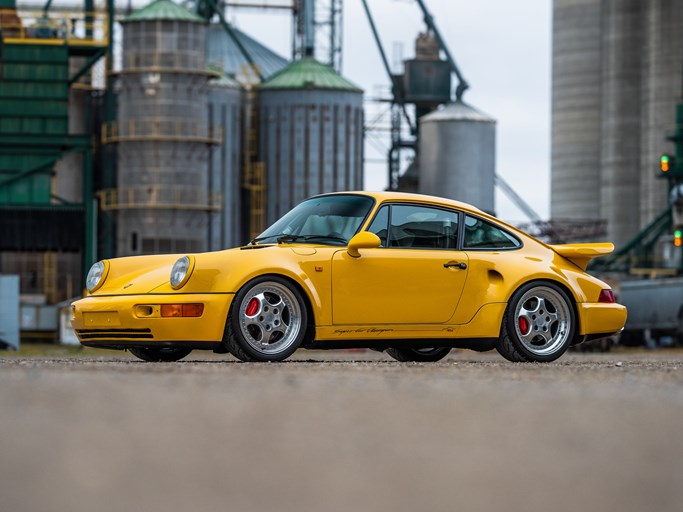