By 1962, Ferrari’s 250 GT platform had been in production for seven years, making the model Maranello’s most substantial effort yet towards regular series production. Over the course of roughly a dozen different body styles and two different wheelbase lengths, the 250 GT was gradually refined, encompassing racing berlinettas, civilized coupes and cabriolets, and dual-purpose spiders. One final great model remained in the 250 GT’s repertoire, however, and that encore of automotive genius was introduced at the Paris Motor Show in the autumn of 1962.

Dubbed the 250 GT/L, the “L” denoting Lusso (or luxury), the final iteration of the vaunted 250 GT was positioned as a pure luxury grand tourer, with distinctively elegant coachwork designed by Pininfarina and built by Scaglietti. Crafted from steel with an aluminum hood and doors, the Lusso’s body was a study in sports car perfection, and it remains one of the most celebrated automotive designs of all time. Gently curved, bulbous fenders gave way to a sleek, fastback Kamm tail, complemented by a generously glassed canopy and delicate, minimal brightwork.

Mechanically, the GT/L rode the 2,400-millimeter wheelbase chassis of its immediate predecessors, and it was powered by the same 2,953-cubic centimeter short-block V-12 that was designed by famed Ferrari engineer Gioacchino Colombo. This would be the last Ferrari V-12 road car to feature the 250-cubic centimeter-sized cylinder, as displacement would increase to 275 cubic centimeters for the next development of road cars. Despite featuring essentially the same powerplant as its direct 250 GT forebears, the Lusso offered significant chassis upgrades, most significantly including quite a bit of know-how gained from the SWB and GTO competition cars. These improvements principally consisted of the use of concentric springs around the telescopic shock absorbers and a Watts linkage to laterally stabilize the rear axle; both of these features were developed on the legendary race-winning GTO.

The interior of the Lusso was as luxurious as the name implied, with leather-upholstered door panels and bucket seats and a completely unique dashboard arrangement that has never been offered on any other Ferrari. The console featured a large-dial tachometer and speedometer in the central position and angled towards the driver, with five smaller gauges in the traditional instrument panel location.

Concluding production in late 1964, the 250 GT/L was built in a modest quantity of just 350 examples, and the model has grown to become one of the most prized vintage Ferraris ever constructed. As the ultimate luxurious version of the seminal 250 GT, the Lusso represented a zenith for the platform, and it now routinely enjoys the focus of the world’s most discriminating Ferrari judges and collectors.

This sensational 250 GT/L is the 275th example of 350 cars built, with its chassis entering Scaglietti’s plant for coachwork during February 1964. Completed in April, the Ferrari was distributed to an unidentified owner, and much of the car’s early history currently remains unknown. In the early 1980s, Ferrari Owners Club USA membership directories indicated that chassis number 5537GT was owned by Carl Walston, a foreign currency exchange and precious metals dealer residing in the Portola Valley in California. The Lusso is believed to have remained with Mr. Walston for over 20 years, as it was still reportedly in his possession in 2004, when he was living in Greenwich, Connecticut.

Offered by a Florida-based collector in 2009 as a “superbly restored” example, the car was more recently spotted by the consignor, a connoisseur of 1960s vintage Ferraris who resides in the Los Angeles area. After an inspection confirmed that the brakes and suspension were in fine order, a new, correct exhaust system had been recently installed, and the motor still pulled strongly, the consignor acquired the car with thoughts of cosmetically improving the restoration to a level of authenticity worthy of FCA judging.

For this task, the consignor commissioned Rex Nguyen, the lead restorer at Exclusive Motorcars, in Los Angeles, whose platinum-level Ferrari restorations have received some of the FCA’s highest accolades. Mr. Nguyen stripped the body to bare metal and then applied a fine paint finish in the classic Ferrari shade of Blu Sera. A new beige interior with astoundingly authentic leather was sourced from HVL, of Holland, one of the world’s foremost experts in the manufacture of vintage Ferrari upholstery. Mr. Nguyen correctly re-plated all of the mechanical components to original factory standards, including proper cad-plating and wrinkle finishes, while all of the brightwork was properly re-chromed, providing a beautiful complement to the correct Borrani wire wheels.

Cosmetic considerations were, of course, paramount to the mechanical elements, which were properly refitted with either new or NOS hoses and clamps, all with factory-correct decals and stickers, and the engine compartment and undercarriage were similarly refinished with meticulous detail. Completed in late June 2013, Mr. Nguyen’s exacting work has left 5537GT in breathtaking condition, worthy of FCA corrals or finer national concours d’elegance and events. Invoices of his work are included in the car’s documentation.

This 250 GT/L currently displays less than 44,000 miles, which are believed to be original, and it is reported by the consignor to run very strongly. It is a breathtaking, matching-numbers example of one of the most fabulous sports cars ever to roll off Maranello’s production line; it is a grand touring model by which most others are measured. Promising concours acclaim with its inimitable panache and factory-correct presentation, this finely restored Lusso would make a strong addition to the most accomplished Ferrari collections, and it will doubtlessly attract the interest of tifosi everywhere. 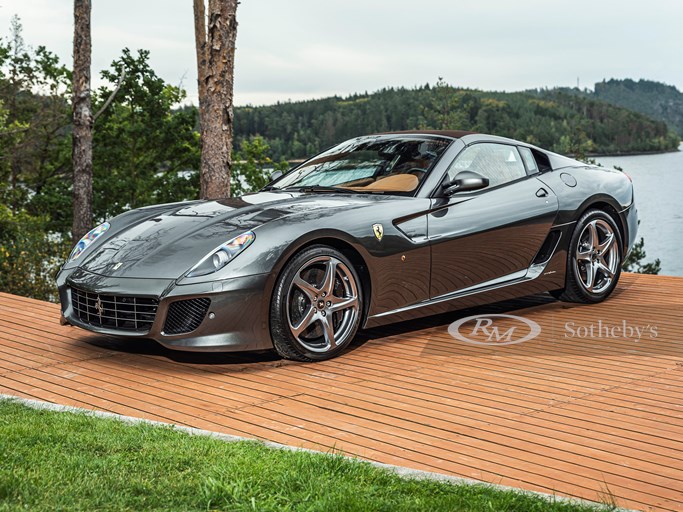 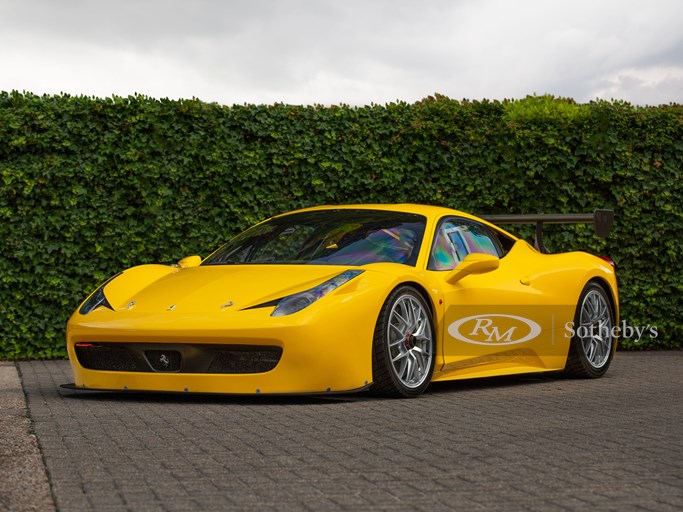