• Best in Class at the 2012 Rancho Mirage Desert Classic

The 356 Speedster was one of Porsche’s most successful models. Its light weight, superior balance, and racy looks were all placed within reach of aspiring Porsche owners, thanks to its relatively low price. The price, however, also reflected the car’s spartan passenger accommodations—sporty seats, a small top, side curtains, and low windshield all formed part of this car’s purpose-built sorting pretensions.

Porsche addressed these deficiencies in the summer of 1958 with the Convertible D, with the “D” denoting the car’s builder, Drauz. It was, essentially, a second-generation but more-comfortable Speedster, and it was, in turn, succeeded for 1960 and 1961 by the 356B Roadster, in T-5 and T-6 bodies, respectively. The Roadster’s roof and windshield were both higher than those of the Speedster, adding 3½ inches of headroom and providing a quantum leap in terms of comfort and visibility with the top up. Roll-up windows replaced the Speedster’s basic side curtains. Additional changes included more complete interior trim and better seats, similar to those offered in the 356 Coupe.

Regardless of body style, Porsche’s 356, in particular, the refined 356B produced between September 1959 and July 1963, remain excellent examples of Porsche’s sophisticated engineering and tireless development processes. Driving dynamics were particularly enhanced, and in the pages of Playboy, Ken Purdy wrote that the 356B “…may be the most fun to drive of anything in the world,” adding that “…you can, with small effort, believe that the seat of your trousers is part of the automobile.”

This stunning Porsche 356B 1600 Roadster was completed on October 21, 1960. It clearly benefits from a complete, nut-and-bolt rotisserie restoration over five years, which was completed in August 2011 by Doc in Anaheim, California. Handsomely and uniquely finished in Stone Gray with green upholstery by K&H of Wesminister, California, this concours-quality Roadster is a complete “matching numbers” example, retaining its original 1,600 cc engine, gearbox, floor pans, and wheels. With all mechanicals rebuilt during the restoration, it is reported to drive as beautifully as it looks, with the experience enhanced by such highly desirable items as tinted glass, a Les Lestn wood-rimmed steering wheel with full horn button, and rare color-coordinated front and rear badges. The exceedingly high quality of its restoration has been confirmed with a number of show victories, including the achievement of Best in Class over 12 competitors at the February 2012 Rancho Mirage Desert Classic Concours d’Elegance. While Porsche Speedsters have an avid following, the later Roadsters, such as the beautifully restored 1960 356B offered here, are much more practical and rewarding to own and drive. Fully restored in attractive colors, this is certainly one of the finer examples extant. 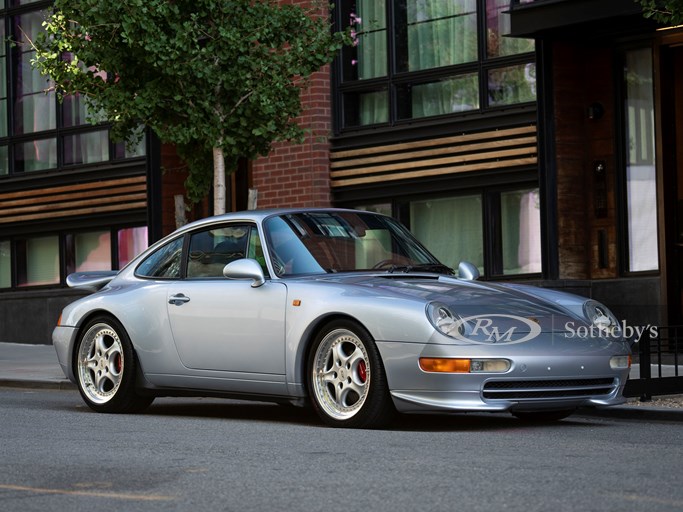