Louis Delage was a stern taskmaster. Running his company with an iron fist, he insisted on engineering excellence and had an instinctive feeling about the automobile as an object of beauty and admiration. He remained true to those ideals for the entirety of his 30-year reign at Delage & Cie.

The D8 was certainly Louis Delage’s pièce de résistance. It was the work of Maurice Gaultier, who had come to Delage in 1910 to run the drivetrain department, left to work for Georges Irat and then returned in 1925 as chief engineer. A four-liter pushrod straight eight with five main bearings, it made 105 bhp and was possessed of a smoothness and silence that put it in Hispano territory.

The D8’s reception at the Paris Salon was ecstatic. This was a car worthy of a bespoke body, and D8s became very popular on the European concours circuit, bearing bodies from all the renowned coachbuilders. Such was its acclaim that Delage proudly boasted, “At the Concours d’Elegance held during 1930 in the principal cities of Europe, Delage Straight Eights received more awards than any other car.” It was, to quote another company mantra, “La Belle Voiture Française”—the beautiful French automobile.

In 1931, Delage offered a sports version, the D8S. Offered only on the short, 130-inch wheelbase, the car had a lowered chassis and an engine with higher compression and revised camshaft profile, resulting in 120 bhp. The Autocar tested one to 99 mph, then demonstrated a zero-to-sixty time of 15 seconds, a remarkable feat and better than a supercharged Bentley. Unfortunately, the Depression was reaching Europe, and fewer than a hundred D8Ss were sold.

Certainly most Delages bore bodies by French coachbuilders, the likes of Henri Chapron, Kellner, Franay and Labourdette. Some, however, were sent farther afield for their bodies, including this car, which was sent to London and the coachworks of Freestone & Webb.

Like most top-tier British coachbuilders, Freestone & Webb, Ltd. produced the bulk of their output on Rolls-Royce and Bentley chassis. However, this firm is known to have built a remarkable number of Mercedes bodies as well as having taken out an early license to build Weymann fabric bodies. Best known for sedans and limousines, Freestone & Webb occasionally turned out more intimate bodies, like this coupe.

Acquired by the Milhous Collection in 2002, this D8S Delage is an older restoration that still presents very well. The body contours are excellent and both doors shut well. The paint exhibits a deep shine, although there are a few minor blemishes. The roof has a fabric insert, which is in good condition. The Triplex safety glass shows a few scratches. The tan leather interior is very good, matching the tan carpet with a handsome dashboard that has Jaeger instruments calibrated in Imperial units, indicating that it was intended for use in the British Isles. This is confirmed by its London registration ALT 753, issued in September 1933.

Outfitted with central lubrication, the car also has Marchal headlamps and driving lamps, a pillar-mounted spotlight, André adjustable shock absorbers and a Delage Auto Thermometer (akin to an American MotoMeter) on the radiator. An interesting decal affixed to the windscreen suggests previous Basque ownership, although this cannot be confirmed.

D8S Delages were rare when new and are even more so today. Fewer than 20 are known to survive of only 99 built. This rare, British-bodied example was featured in Automobile Quarterly (Volume 34, Number 2), wherein it was described as an “elegant and adventurous design.” We couldn’t agree more. 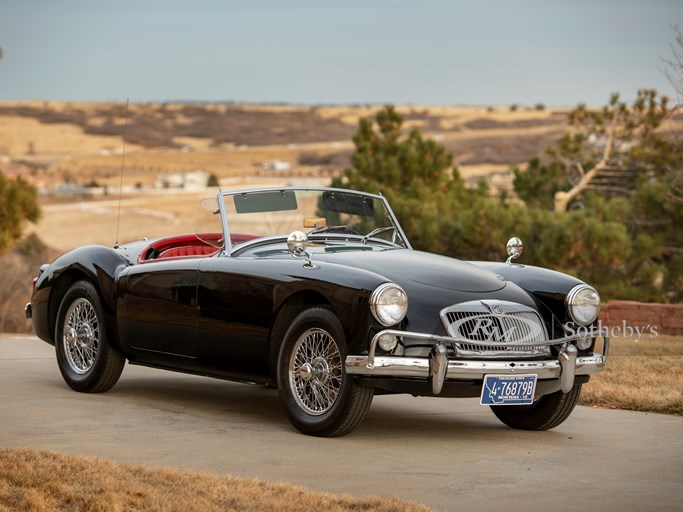