Addendum: Please kindly note this lot has entered the EU for this sale under a temporary import. The successful bidder must arrange for the bond to be cancelled either by exporting the lot outside of the EU on an approved Bill of Lading with supporting customs documentation or by paying the applicable VAT and import duties to have the lot remain in the EU.

The Austin-Healey 100 was a radical departure for the firm when launched in 1953, so competition was vital for success. The Works Special Test 100 was developed for this with stiffer suspension, a lighter body, and an uprated engine, providing a top speed of around 130 mph, making it ideal for events such as the Mille Miglia. Publicity from the 1954 Mille Miglia, where Lance Macklin finished 23rd, lifted global sales, which would have included this car, delivered to Australia in standard BN1 form according to its BMIHT certificate. At some point in the 1970s, the car was involved in an accident and was parked outside thereafter for three decades before being purchased by Steve Pike, a highly regarded Austin-Healey restorer in Australia.

In 2014, the current owner commissioned him to create a replica of the Mille Miglia Special Test cars. Based on meticulous research, no detail was overlooked to make sure this recreation would be as authentic as possible in its pursuit of recreating the number 551 entry from the 1954 Mille Miglia as it existed in period in ‘Special Test’ configuration.

The six-month project included fitting numerous parts that were not fitted to the standard 100 and in some cases the 100 S, resulting in many new parts being utilised. Only the platform from the 100 donor car was used, which received a new alloy sub-frame and doors. The front and rear shrouds were used, but the guards, doors, bonnet, and boot lid were all replaced with alloy. A four-cylinder 100 block was modified to fit a new 100 S cylinder head that was cast in Melbourne and fitted to specially made manifolds. The engine also received a works camshaft, twin 1¾ SU carburettors, a new alloy 100 S-spec oil cooler, and a Marston alloy radiator built to period configuration.

The gearbox is a David Brown S430 four-speed as original and is mated to a bellhousing cast especially for this project, channelling power to a rear differential with a 2.29:1 ratio. Disc brakes can be found at all four corners and are copied from those originally fitted to the 100 S, whilst the callipers, piston housings, rotors, and wheel hubs were made to prototype specifications. The Dunlop 16-inch magnesium peg drive wheels were supplied by a manufacturer in the UK and fitted with Avon tyres for road use. Even the wiring harness was copied from NOJ 393 (one of the original Special Test cars), produced by Vintage Wiring Harness in Melbourne. The body was finished in the correct Docker light metallic green.

It was entered for its sole race at Phillip Island, Australia, in 2016, before being shipped to the owner’s Swiss home where it has been used sparingly around Italy and the Alps. The next owner will have an exciting Austin-Healey ready to race or use recreationally. 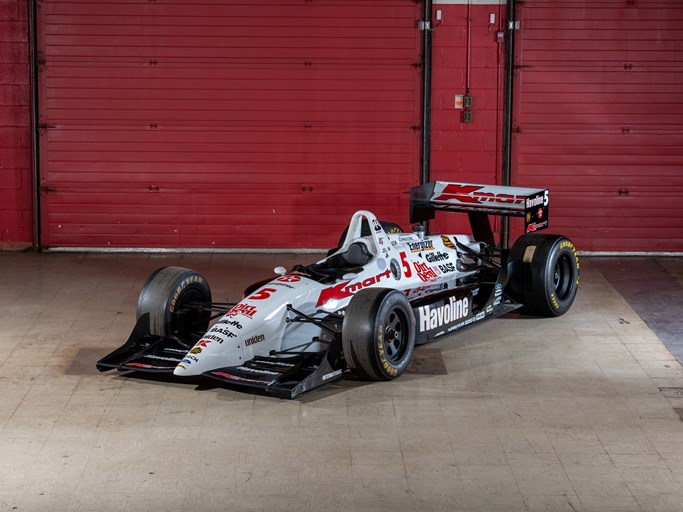