Catalogue
Frame No.
D16GP021
Addendum: Please note this lot is subject to VAT (at 21%) on the full purchase price (both on the hammer price and the commission).

The year 2003 was a milestone in the history of Ducati, with a successful entry into motorcycle racing at the highest level: the world of MotoGP. With two-strokes becoming dominant, Ducati had abandoned Grand Prix racing in 1972, concentrating on classes more associated with their four-stroke production models, TT1, TT2 and World Superbike. But when the Grand Prix technical rules changed, giving priority to four-stroke machinery, Ducati decided it was time to re-enter the world’s premier racing class, and for 2003 this was the new MotoGP World Championship.

Bringing together a passionate group of young engineers, with an average age of 28, Ducati Corse produced a 989-cc racer that took the racing world by storm. After considering a “Super Twin,” Ducati’s engineers opted for a brand-new V-4 engine, incorporating their traditional 90-degree layout, along with desmodromic valve control. Marrying tradition with innovation, the engine was called the Desmosedici because of its 16 desmodromic valves. The 90-degree cylinder layout provided perfect primary engine balance, allowing up to 17,000 rpm with minimal vibration and improving mechanical efficiency and reliability. The engine layout was pure racing, with a train of spur gears driving twin overhead camshafts, and the power transferred via a six-speed cassette-type gearbox and multi-plate slipper clutch. In its first incarnation the liquid-cooled 16-valve engine produced over 220 horsepower at 16,000 rpm.

True to form the Desmosedici combined the best of modern design with links to the past. Much of the technology was well established, including a tubular steel frame with the engine as a stressed member. The rear suspension and aluminium swing-arm bolted directly to the engine, with the only chassis as such being a tubular steel bracket connecting the engine and the steering head and supporting the Öhlins front fork. Noted British F1 car aerodynamicist Alan Jenkins designed the all-enveloping bodywork.

Riding the Desmosedici in its first year of competition were Loris Capirossi and Troy Bayliss, and from the outset the Desmosedici was competitive. Capirossi astonished the pundits in pre-season testing, setting the fastest lap times and a top speed of 328.19 km/h (203.93 mph). Capirossi finished on the rostrum in the Desmosedici’s first race, and it was soon evident the Ducati was the only real threat to Honda domination. Capirossi won at Catalunya and finished fourth in the championship, with Bayliss sixth. Ducati ended second in the manufacturer’s championship—a phenomenal effort first time out for such a small manufacturer.

After surprising everyone with the Desmosedici in 2003, Ducati Corse produced an updated D16 GP4 for the 2004 MotoGP season. Of the 915 individual components, 60% were new on this rationalised model, but although the power was increased, race results were disappointing.

There were too many changes to an already successful design, so for the D16 GP5 Ducati returned to their traditional philosophy of “evolution not revolution.” Carlos Checa joined the Ducati Marlboro Team alongside Capirossi, the other significant development being a partnership with Japanese tyre manufacturer Bridgestone. The 2005 season was slightly better, Capirossi winning two MotoGP races in succession (Japan and Malaysia) and ending 6th Overall in the World Championship. The year 2006 was to be the final one for the 990-cc MotoGP bikes, and Sete Gibernau joined Loris Capirossi on the D16 GP6. The season started brilliantly for Capirossi, with a victory in the opening race at Jerez, and with two further victories he ended third in the championship. But that first World Championship was still elusive.

Although Casey Stoner was only fourth on Ducati’s rider list for 2007, the 21-year-old Australian lined up alongside Loris Capirossi on the D16 GP7. New regulations this year saw the maximum capacity reduced to 800 cc, with Ducati’s engineers reverting to the “Screamer” (symmetrical) firing intervals (as on the first Desmosedici of 2003). Stoner immediately proved he had the aggression and ability to get the most out of the Desmosedici. After winning the opening race at Qatar, he blitzed the championship with a total of 10 race wins. With Stoner’s title the Desmosedici had proven itself at the highest level, and Ducati finally achieved their goal, ending 2007 as masters of MotoGP.

Ducati’s philosophy of extracting as much power as possible from the 800-cc V-4 continued for 2008. The GP8 now had more midrange power than before, but apart from a win at the opening round at Qatar, Stoner struggled to come to terms with the unpredictability of the new intake system. He eventually won three races in succession, and a further two victories towards the end of the year saw him finish 2nd Overall in the championship.

Constantly driven to find new and innovative solutions, during 2008 a prototype GP9 with carbon-fibre chassis was tested in preparation for 2009. A carbon-fibre swing-arm was also designed to complement the new frame, but although the season began well with Stoner winning the opening race at Qatar, followed by another fine victory at Mugello, the 2009 season unfolded as one to forget for Ducati. Former World Champion Nicky Hayden joined Stoner on the GP9 but struggled to get up to speed. During the season Stoner suffered a mystery illness (later diagnosed as lactose intolerance) that saw him slump and miss three races. Ultimately Stoner finished fourth in the World Championship.

After a disappointing 2009 season Ducati was still determined to win in 2010. But circumstances were against them this year. Since 2007 Casey Stoner had proven to be the only rider to come to terms with the difficult Desmosedici, responsible for 23 of its 24 victories, but during the season he was unsettled and looking for an alternative ride.

At the end of 2009 Ducati debuted a new 799-cc D16 90-degree V-4 engine with 180-degree crankshaft instead of the 360-degree “screamer.” This “big-bang” design allowed earlier mid-corner throttle application. Engine restrictions were also much stricter for 2010, with only six engines allowed during the season. The chassis rear section was also made more rigid, with six mounting points instead of four, and experimentation continued with at least three different carbon-fibre swing-arms to reduce the rear suspension pumping during aggressive corner exiting. Other chassis updates included a new headrace support and the suspension linkage design. Also new this year was a larger diameter (48 mm) Öhlins TTxTR (through rod) front fork with 61-mm outer fork tubes, but the D16 still suffered front-end problems. Stoner crashed out while in the lead at the opening race at Qatar, and it wasn’t until mid-season that he finished on the podium. The lack of front-end feel saw him revert to the earlier 42-mm TTx fork (without the updated through valve), but after testing Stoner decided to try the newer 48-mm TRSP25 Öhlins fork. Öhlins also introduced a new steel-bodied TRSP44 shock absorber. Although Stoner had already signed for Honda for 2011, and the Rossi deal with Ducati was finalised by August 2010, Stoner’s form improved towards the end of the season. A 12-mm shorter swing-arm, and the riding position moved forward 10 mm, provided the improvement that saw him win at Aragón. Stoner followed this with victories in Japan and at Phillip Island, Australia (for the fourth consecutive year) and finished 4th Overall in the championship.

The bike presented here is Stoner’s Phillip Island-winning machine. At the blustery Phillip Island circuit the fairing didn’t include the small fairing winglets, designed to reduce lift and improve cooling, and as a result it was less susceptible to cross winds. The fastest race on the calendar, Stoner led the race from start to finish, winning at a race average speed of 175.100 km/h (108.802 mph). Aside from this achievement, its successful history includes three additional podium finishes and three pole positions.

Quite literally, the offering of such a superb motorcycle is unlikely to be repeated, much less directly from the Ducati factory. The opportunity to acquire a racing Desmosedici with successful, well-known provenance is one not to be missed by enthusiasts.

Please note that to purchase lot 201 the Purchaser must sign an Agreement with Ducati Motor Holding S.p.A. in which the Purchaser accepts and agrees to abide by specific terms and conditions of ownership. A copy of this Agreement can be obtained by emailing a request to legal@rmauctions.com, and RM representatives will have copies of the Agreement available for distribution at the Monaco Auction. Also, Ducati Motor Holding S.p.A. has provided a summary of the Agreement, which is printed in the conditions of business in this catalogue on page 170. Purchasers must satisfy themselves as to the requirements as outlined in the Agreement. RM accepts no responsibility as to the contents or operation of the Agreement. 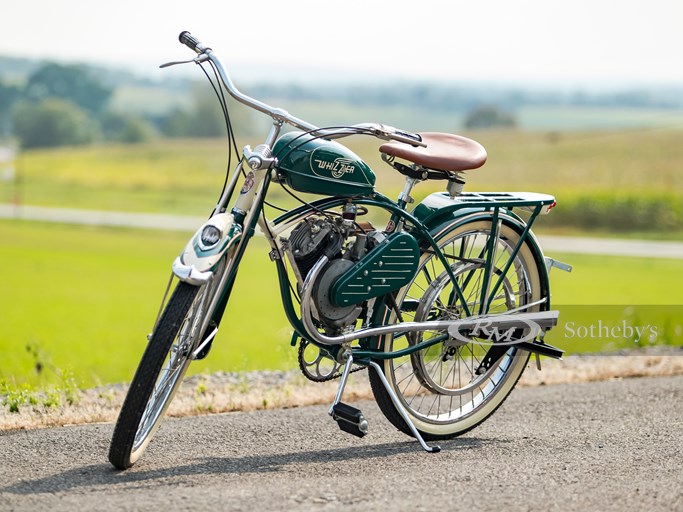 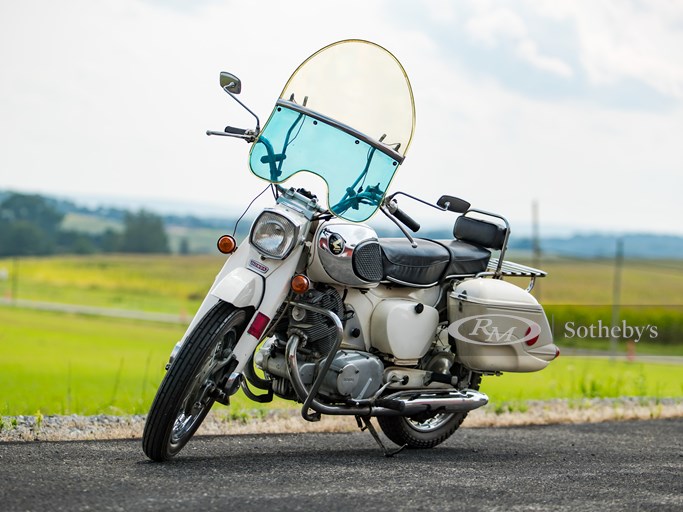 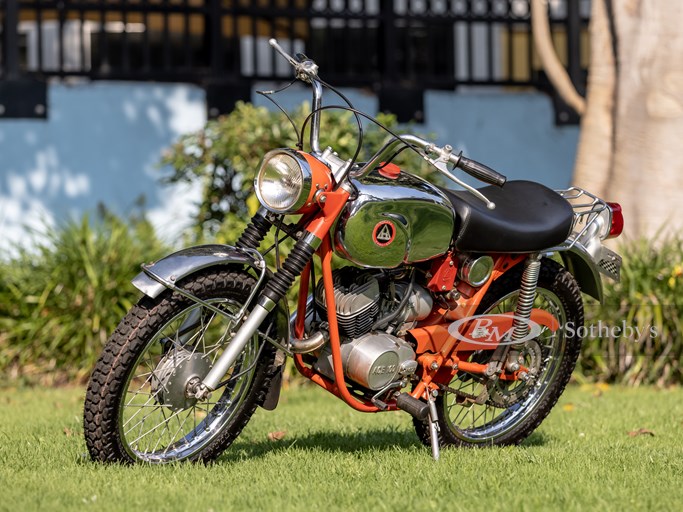 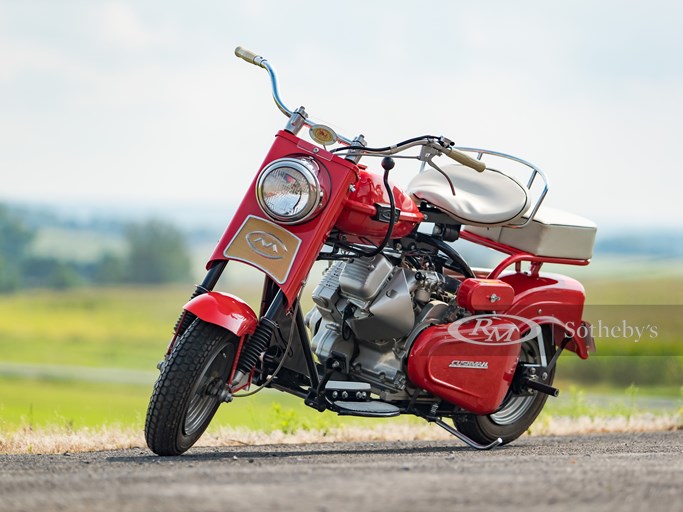