Please note that Internet bidding is not available for this lot. Interested parties that are unable to attend the sale may register to bid by telephone or place a commission bid online at rmsothebys.com. Please kindly note this vehicle is titled with its date of first registration - 26/06/2000

As the story goes, it was at the September 1958 unveiling of the DB4 when Marcel Blondeau, Aston Martin’s leading dealer in France, told John Wyer that it was essential for the marque to build a GT car to beat Ferrari. In reality, however, Wyer had ordered the development of a DB4GT prototype, known as DP199, as early as May of that year. Convincing David Brown that such a car would not take time or money away from his pet projects of Formula 1 and the new four-door Lagonda was difficult, but after the success of the DB4 launch – with Blondeau’s urging – David Brown agreed.

The design team, instructed by Wyer to make the DB4GT ‘cheap and cheerful’, began work by looking at the DB4 chassis and removing five inches just behind the front seats. Though the prototype was heavier than the production DB4, in production the team managed to remove 185 lbs. – much of this saved by utilising 18-swg magnesium-alloy body panels. Additionally, the rear side glass and rear window were made of Perspex, and the doors had aluminium frames on all but the earliest cars. Most obviously, the DB4GT front headlights were fitted with sloping Perspex cowls to aid in streamlining – a feature that would carry on throughout the DB6.

The interior of the DB4GTs was still as luxurious as any Aston Martin coupé, however, as a GT car the rear seats were replaced by a carpeted shelf. Mechanically, the DB4GT engine required a higher standard of performance – Tadek Marek’s 3.7-litre engine lost the standard twin carburettors and gained triple Webers. Special high-lift twin camshafts brought the compression ratio up to 9.0:1, and larger inlet and exhaust valves answered the need for increased air intake. The DB4GT claimed a power output of 302 bhp, a top speed of 152.5 mph and was said to be able to go from 0–100 mph and back to a standstill in under 30 seconds.

THE WRONG ARM OF THE LAW

Offered here is one of just 75 production DB4GTs, made even rarer due to several in-period modifications and a starring role on the British silver screen. Chassis no. DB4GT/0157/R, also known by the registration number 41 DPX, was delivered to Brooklands dealer Ken Rudd on 1 March 1961. A ‘Type 2’ DB4GT, 0157 has the aluminium bezels surrounding the headlights, a single air scoop for the oil cooler and two brake scoops. Additionally, the build sheet on file notes that the DB4GT was originally ordered with two occasional rear seats – making 0157 just one of three DB4GTs to be fitted as such.

Less than a year after being delivered to Rudd, 0157 was tapped to feature in a Peter Sellers short film titled, The Wrong Arm of the Law. A comedy crime caper revolving around a gang of criminals who impersonate policeman , the DB4GT provided an excellent getaway vehicle for the thieves. Most famously, the DB4GT led a high-speed chase through Uxbridge Moor, followed by the iconic Wolseley 6/90 police car.

During filming, the engine block was broken irreparably and needed to be replaced. Noted DB4GT historian Stephen Archer studied Aston Martin’s engine logs and determined that the current 4.0-litre engine in 0157 must have been fitted early in 1963. The service records for 0157 note that ‘repairs carried out following fire’ were completed on 29 March 1963. Correspondingly, Aston Martin’s engine shop records note that block no. 85, part of a sequence built for the Lagonda Rapide and currently fitted to the DB4GT, was finished early February 1963 – suggesting that after a fire the engine was replaced with a four-litre block from the Rapide sequence. Notably, the remainder of the engine, with the exception of the block, remains original as it left the factory in 1961. A full report of Stephen Archer’s findings accompanies the DB4GT.

Post-filming, it is believed that Peter Sellers himself owned 0157 for a period. Notorious as a petrol-head who never owned a car very long, it is more than likely Sellers only kept the vehicle for a year at most. By 1966, Mr J Melville Smith was the registered owner. Active in club events, Melville Smith brought the GT to a 1st in class at the 1967 AMOC Curborough Sprint. After several ownership changes, the DB4GT appeared in a club publication in 1973 – now painted dark green in place of the original Dubonnet.

Nineteen eighty-one saw DB4GT/0157/R exported to New Zealand by owner Ken Moses, who had purchased the car in 1975. At the time of exportation, the DB4GT had a recorded 53,000 miles on the odometer, and by 1983 it had travelled only another 600 miles. Chassis 0157 would not return to the UK until 1990, and after nine years abroad, the odometer showed only 58,000 miles. Before returning, David Silcock of Motor Engineers performed extensive work on the car, ensuring that the DB4GT was on the button for its return home.

In 1999, Kevin Regan purchased 0157 and began a complete body-off restoration. With chassis and bodywork performed by Bodylines and the rebuilt, refit and painting completed by Spray-Tec, the four-year restoration was in excess of £100,000. A further engine and gearbox rebuild by Aston Martin specialists Rex J Woodgate guaranteed that DB4GT/0157/R was in top performing condition. After being sold to the current owner, 0157 has been seen at several events in the UK and is always beautifully displayed.

A rare and unique example of one of the most beautiful and highly desired Aston Martins, DB4GT/0157/R has a delightful history which includes one of Britain’s most iconic actors. Owned by true enthusiasts and properly maintained, this DB4GT will be the crown jewel of any collection. 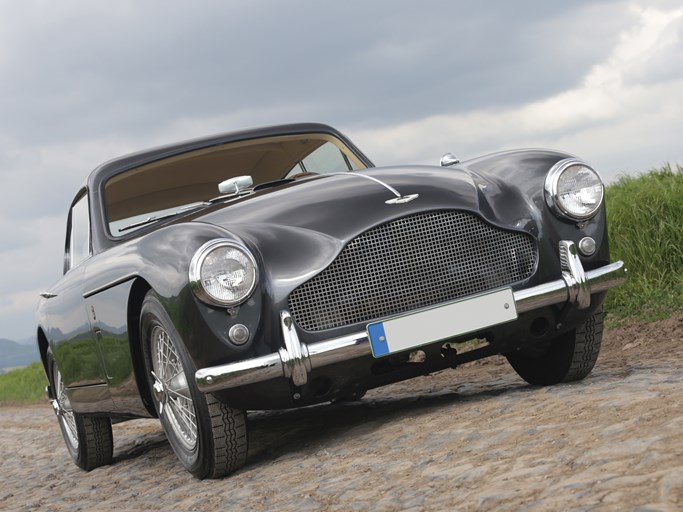 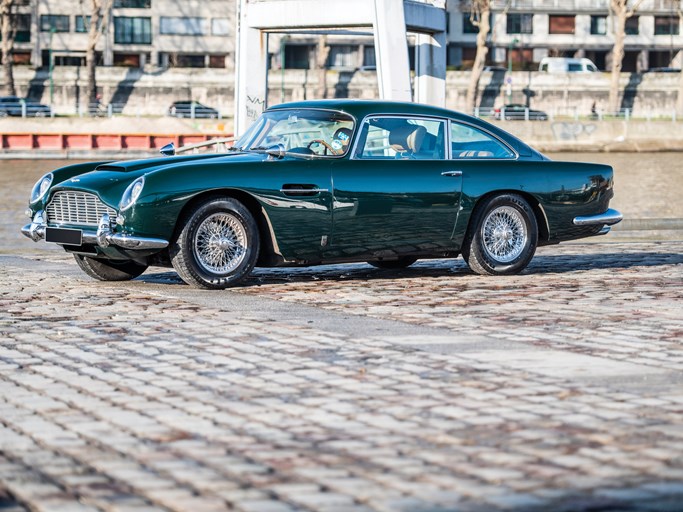 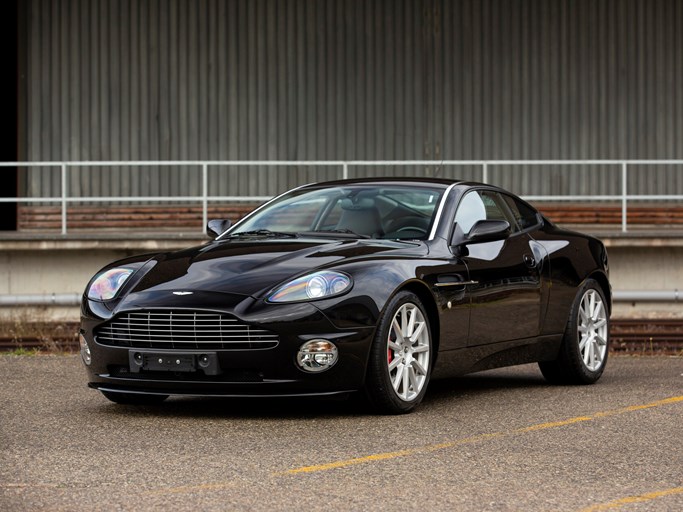