Addendum: Please note that the FIA HTP paperwork for this car is currently in progress. Refer to a RM Sotheby’s representative for further detail.

No other manufacturer has managed to instil such fierce loyalty among sports car enthusiasts as Frazer Nash. In over 33 years of production, just over 400 Frazer Nashes were produced—a remarkably small number, considering the place of the marque in automotive history. Devotees of the marque, however, are rightly enamoured by this fascinating, wonderfully unconventional manufacturer.

Perhaps the most iconic of the post-war Frazer Nash models was the Le Mans Replica, named, in Frazer Nash tradition, in honour of the sporting success of Norman Culpan and H.J. Aldington at their Le Mans debut in 1949. A factory-built duplicate of that car, the Le Mans Replica proved brilliantly successful on the track, thanks to excellent handling and its powerful and dependable Bristol six-cylinder engine, including famous victories in the 1951 Targa Florio and at Sebring in 1952. Of the roughly 400 Frazer Nashes produced over 33 years of production, only around 50 were Le Mans Replicas, and they are among the company’s most highly sought-after offerings today.

The car offered here, number FN210, is one of the most well-known Le Mans Replicas in Frazer Nash circles, thanks to an unusual early history. It was originally built as a normal 200-series parallel tube chassis with leaf spring front suspension, Austin rear axle, adjustable torsion bars, centre-lock wire wheels, and iron drum brakes, apparently intended to be finished to Sebring specification, as is suggested by its having been originally paired to engine number BS4/406, set back in the chassis as in the Sebring model.

This car was retained by Frazer Nash until 1964, then sold as a rolling chassis to Dr M. Barnet Stungo, who set about building a bespoke sports car around the chassis. He purchased a correct 100D2 Bristol engine and commissioned a one-off aluminium coupé body, incorporating influences from Austin-Healey and Jaguar. In this form, the car became Dr Stungo’s daily transportation for visiting patients and remained in his ownership until his passing in 1976.

Bill Roberts, a well-known Frazer Nash aficionado and personal friend of Dr Stungo, subsequently acquired the car from the good doctor’s estate. While initially the car kept its unusual coupé body, in 1982 it was fitted with an accurate recreation of an original Le Mans Replica body, using the body of car number FN183 as a template. The completed car was registered as BYL 3, a registration which the car retains to this day. In May 2001, it was driven in Sicily by Tony Brooks during a Frazer Nash Club meet.

The late Mr Edward Carter acquired car number FN210 in 2012 and soon arranged for it to be comprehensively overhauled by the world’s leading Frazer Nash specialist, Blakeney Motorsport.

No expense was spared in the exhaust restoration, with invoices on file totalling many tens of thousands of pounds. The work included a complete strip-down of the car, crack-testing of all safety-related items, and rebuilds of the engine, gearbox, differential, suspension, steering rack, and all engine ancillaries, including carburettors, distributor, starter, and dynamo. A FIA-standard fuel cell was also fitted, with validity through to 2018. The body was refinished in Blu Scuro, the attractive Ferrari colour, and the interior re-trimmed.

Thanks to Blakeney Motorsport’s expertise in preparing Frazer Nash cars, the engine now produces well in excess of its period output, and makes for a highly competitive historic racing car. By 2014, it had returned to the track at the 72nd Goodwood Members’ Meeting, with Patrick Blakeney-Edwards behind the wheel, crossing the line as the fastest Frazer Nash on the grid! In a recent phone call, Mr Blakeney-Edwards mentioned in passing that this car was, undoubtedly, one of the quickest “LM Reps” that he has raced to date.

A fully documented and highly competitive Frazer Nash, this important Le Mans Replica would be welcomed at every major historic motor racing event, from the Monaco Historic Grand Prix to the Le Mans Classic, and Goodwood to the Mille Miglia Storica. It is a new owner’s entrant to a world of adventure. 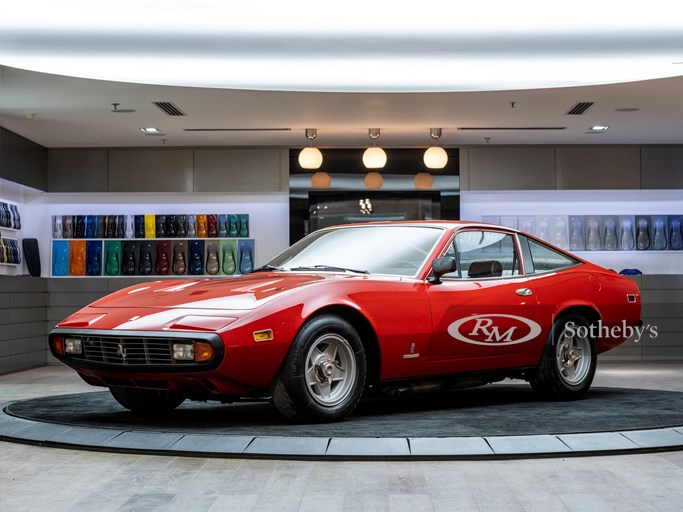