Unveiled to celebrate the 50th anniversary of Aston Martin’s most legendary high-performance road car, the DB4GT Zagato, the V12 Zagato was first shown to the public in 2011 at the Villa d’Este Concorso d’Eleganza, where it was heralded with the competition’s “Design Award for Concept Cars and Prototypes”, and would enter limited production in 2012. Like the previous collaborations between Zagato and Aston Martin, the V12 Zagato instantly became the most desirable car in the Aston Martin line-up at the time, replete with an intended racing series. In the end, however, fewer were built and sold than intended due to the car’s extravagant price tag, reflecting the bilateral vison of two storied makers and the resultant style with precision of the work within.

Immediately recognizable as not only an Aston Martin, but one with Zagato coachwork, the V12 Zagato is clothed in lightweight hand-rolled aluminium and carbon-fibre body panels. Over 2,000 hours of craftsmanship were expended in the construction of each. This represents the extreme application of Aston Martin’s know-how and the technologies, materials, and techniques that have been gained by creating the recent generation of Aston Martin cars, making the V12 Zagato a modern classic Aston Martin like no other.

The use of the finest materials has always distinguished Aston Martin from its rivals. Exquisitely shaped alloys and the finest soft British hide leathers are joined by high-tech materials like carbon‑fibre composites and lightweight metal castings. A number of trademark Zagato design cues include a contemporary vestige of the famous Zagato double-bubble roof, with short front and rear overhangs and a wide mouth grille with a ‘Z’ motif. In terms of specification, the options were virtually limitless, via the manufacturer’s Q Division. Customers were able to choose from five exclusive colours, inspired by those available on the original DB4GT Zagato. Inside, the leather was hand-trimmed in a unique quilted Zagato motif, carrying through to the seats, door panels, and rear parcel shelf.

Underneath the gorgeous coachwork was Aston Martin’s highest-specification Vantage drivetrain to date. Fitted with the company’s competition-proven 6.0-litre V-12 engine that produced 510 brake horsepower, it was mated to a six-speed manual transaxle, making for a truly engaging driving experience unlikely to be duplicated in future collaborations. With its massive acceleration to a top speed of 190 mph, the Aston’s performance was put to the test at the 2011 Nürburgring 24 Hours, where the two factory race-prepped cars (known as “Zig” and “Zag”) finished 5th and 6th, respectively, in the SP8 class.

Purchased new by its original and only registered owner in Germany, the car offered here is finished in striking Alba Blue over optional contrasting red leather with matching Chancellor Red carpeting supplied by Aston Martin Q Division. The special red brake callipers complete this lovely picture. Since its delivery in April 2013, the car has accumulated approximately 4,200 kilometres, which consisted of only one extended road trip to Lake Garda, and it remains in virtually flawless condition throughout. The V12 Zagato has been regularly serviced throughout its life every year by Aston Martin main agents in Kronberg (near Frankfurt), and it is ready for its next trip to the Alpine lakes. Although never factory certified for sale in the United States, American enthusiasts should take note that the V12 Zagato qualifies for import exemption under the National Highway Traffic Safety Administration’s Show & Display regulations, and as such, would be a wonderful acquisition for any American collector of Aston Martins or Zagato exotica.

One of the most compelling Aston Martins we have seen thus far in the 21st century, the V12 Zagato is rarer yet than the mighty Aston Martin hypercar One-77, and it combines the best of British hand-craftsmanship with Italian design. With only 61 road-going production examples built, these models are seldom seen, and this example is believed to be the first ever offered at public sale. This V12 Zagato benefits from not only a highly impressive colour combination, but it is also backed by regular annual maintenance documented by the accompanying factory service book.

A fluid, elegant rolling sculpture, with beastly performance in combination with sumptuous refinement everywhere one looks, and with every element shaped to perfection, the Aston Martin V12 Zagato is a worthy tribute to the legendary DB4GT Zagato that inspired its creation. 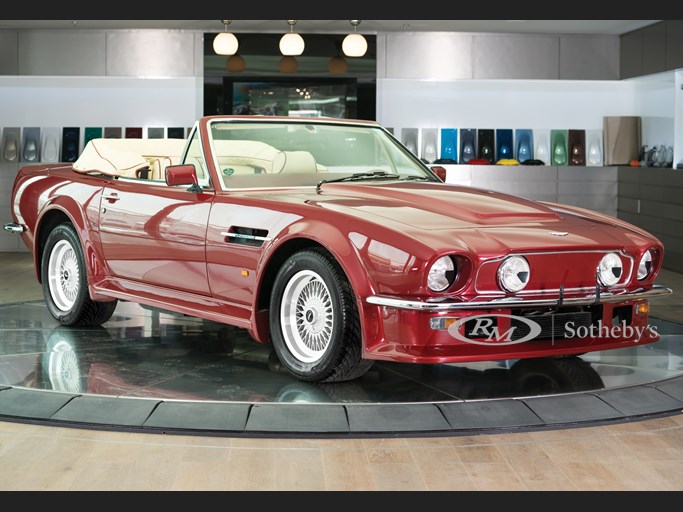 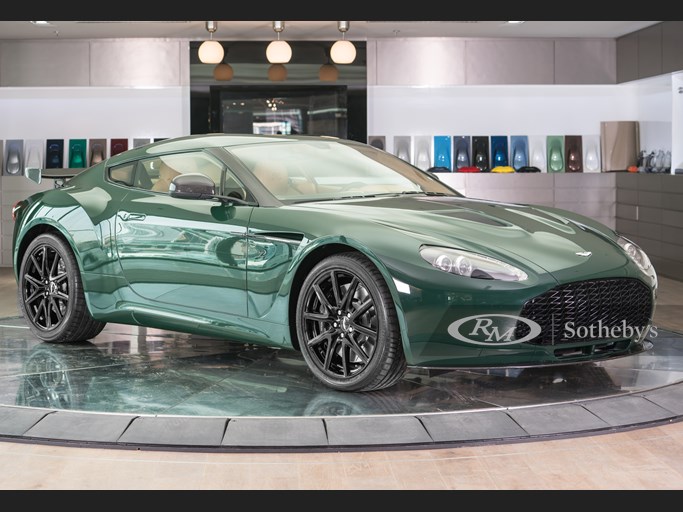 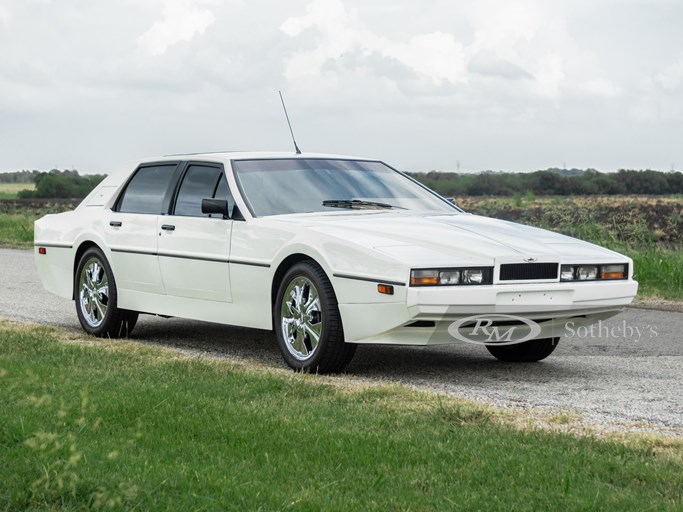