Addendum: Please note that this car has recently been certified by Ferrari Classiche and that the Red Book will be forwarded to the new owner upon receipt.

In the early 2000s, it was clear that Ferrari was beginning to enter a newfound period of prosperity. The Scuderia was a common sight at the top of the podium in Formula 1, winning six constructors’ titles between 1999 and 2004 and another two in 2007 and 2008. On the road, the 360 Modena and 550 Maranello proved to be hugely successful for the company not only in terms of sales, but also performance, reflecting the company’s success on the track.

The company’s greatest triumph of the first decade of the 21st century was yet to be revealed. The successor to the F50 would be revealed at the Paris Auto Show in September 2002, and the world waited with bated breath. Ferrari had big shoes to fill, and it had to deliver. With so much momentum behind it, Ferrari could not fail.

Upon the car’s unveiling, Chairman Luca di Montezemolo had this to say: “The third millennium has begun with Ferrari enjoying a period of great competitiveness on the world’s racing circuits; in fact, Formula 1 has never offered the company so authentic a laboratory for advanced research as it has in recent years. To bring together our racing success and the fundamental role of races, I decided that this car, which represents the best of which our technology is capable, should be dedicated to the founder of the company, who always thought racing should lay the foundations for our road car designs. And so this model, of which we are very proud, will be known as the Enzo Ferrari.”

When the covers were pulled off the Enzo in Paris, it was clear that Ferrari had done exactly what it had intended to do. It once again raised the performance benchmark, combining race-proven Formula 1 technology with a road-car platform wrapped in a cutting-edge design. Engineers spent countless hours carefully sculpting the car’s design in order to achieve the perfect balance of downforce and top speed. Inside, the interior is awash in carbon fibre, and there are no superfluous elements in the cabin to distract the driver from the task at hand. Aside from the leather bucket seats, the only luxury to be found is a climate control system. Not even a radio was available, as it would add unnecessary weight and obscure the glorious sound of the 12-cylinder engine sitting just inches behind the cockpit.

At the Enzo’s heart is its 660-horsepower, Tipo F140B, naturally aspirated V-12 engine. This is an all-new unit that has been developed specifically for use in this car, and when it is coupled with a six-speed, sequential Formula 1-style gearbox, it is capable of launching the Enzo from 0–60 mph in just 3.6 seconds, thanks also in part to its lightning-quick 150-millisecond gearshifts. If the pilot is offered a stretch of road long enough, the Enzo can accelerate to an astonishing 218 mph, making it the fastest road car Ferrari had ever produced at the time. As owners would expect of a car of this calibre, the carbon-ceramic brakes are on par with its incredible performance, and the Enzo can grind to a halt from 80 mph in a scarcely believable 188 feet.

In keeping with its tradition of building its flagship cars in limited numbers, Ferrari chose to only produce 349 examples of its newest supercar. Furthermore, Ferrari ensured that not just anyone could go out and buy an Enzo, going to the lengths of personally inviting its most loyal and longstanding customers to purchase the car. As a result, every Enzo was spoken for before production even began. After numerous requests from clients around the world, Ferrari offered Enzos to an additional 50 customers, making for a total run of just 399. That being said, a 400th Enzo was presented to Pope John Paul II as a gift and was later auctioned off for charity on his behalf.

Completed by Ferrari in March of 2003 and delivered to noted supercar collector Don Wallace in Florida, chassis number 132648 was originally finished in Rosso Corsa over a Nero interior. It remained with Mr Wallace for one year in Florida, having accrued 101 miles on its odometer by early 2004. Shortly thereafter, the car was involved in a road accident where the front end sustained damage. Following the accident, the car was sold and subsequently fully repaired to its original condition. It is believed that the accident largely caused superficial body damage, allowing the owner to return the car to the road.

Chassis number 132648 subsequently remained in the United States until 2008, when it was returned to Europe and sold to a dealer in Germany. The car was later sold to England that year and has remained in the United Kingdom ever since. In October of last year, the car went through a full service by the UK-based Ferrari specialists at Autofficina. At this time, the car was fitted with a new front-suspension lift motor, the suspension was rebuilt, and a new starter motor was fitted in an effort to make sure the car properly conformed with all factory standards. Furthermore, four new tyres were fitted. Invoices for this service totalling to over £41,500 are on file.

Undoubtedly the most iconic Ferrari of the 2000s, the Ferrari Enzo became an instant collectible when it was new and remains even more desirable today. Combining unique new styling while utilizing Formula 1-derived technology to give it breath-taking performance, an Enzo is a must-have automobile for any tifosi. 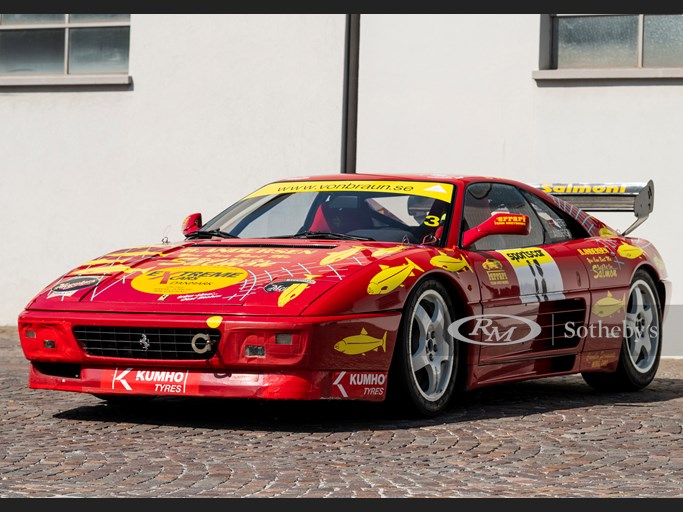 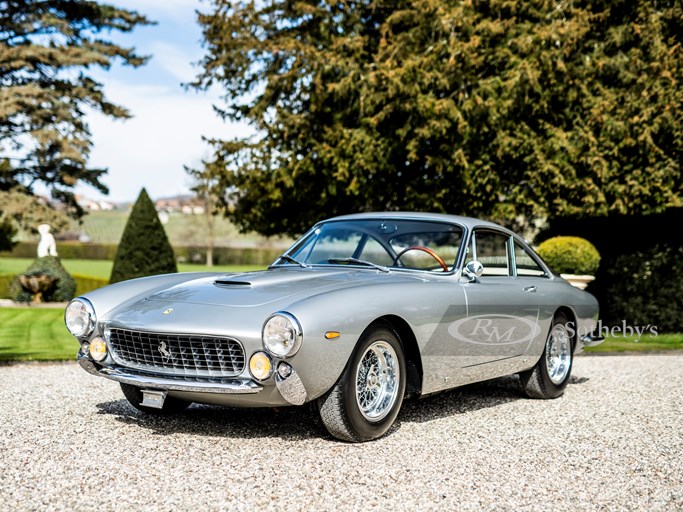 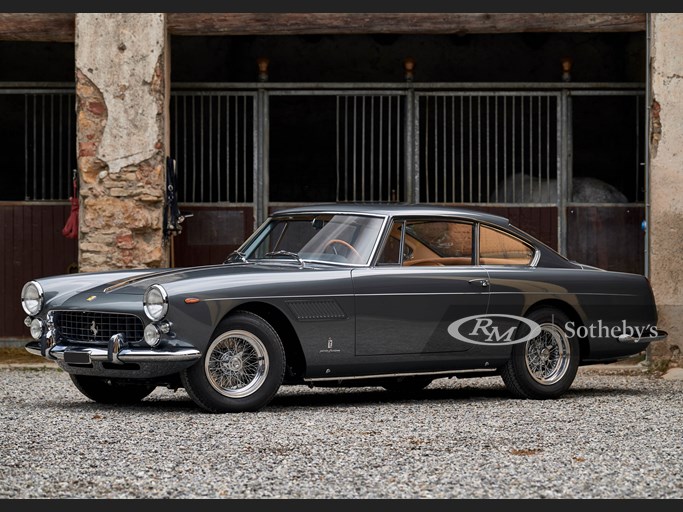