The late Porsche factory driver and esteemed author Paul Frere has written in his Porsche 911 Story that the 3.6-litre Carrera RS, offered to European customers in 1992, was “virtually a road-legal version of the Carrera Cup model.”

The Carrera RS 3.6 presented a quite aggressive look, being lowered some 40 millimetres from standard ride height. The suspension had stiffer coil springs and shocks, as well as adjustable anti-roll bars. The body shell was entirely seam-welded for increased stiffness, light alloy was used for the front bonnet, and thinner glass was employed for some of the windows. With a curb weight of just over 1,230 kilograms (2,712 pounds), the RS was a sparkling performer and very much in the mould of its predecessor.

One of only 76 examples built, the car offered here was built in March 1992, built to Gulf States left-hand-drive specification, and was sold directly to a Japanese collector. It was supplied without air conditioning, a sunroof, electric window lifts, cruise control, or sound deadening, but it was fitted with the optional stereo entertainment system. Absolutely dazzling in its Maritime Blue paint with tri-colour black/dark blue/light blue seats, this very collectable Porsche has been extremely well maintained from new. A comprehensive service history shows 22 recorded services validated by dealer stamps and invoices, which have been translated to English from their original Japanese. Its original speedometer was replaced at an annual service in July 1995, when it read 37,710 kilometres. With mileage accrued since that date, its correct mileage is now 92,751 at the time of cataloguing.

This RS 3.6 was imported to the United Kingdom in 2015 and has since been subjected to a no-expense-spared comprehensive major service at Porsche Centre Brooklands that included new tyres and three 964-specific recall campaigns. It is supplied with all of its original manuals, including the RS Supplement, books, tools, and wallet, plus a Certificate of Authenticity.

The avid Porsche enthusiast seeking a fine example of this very rare high-performance Carrera in a very desirable colour combination should look no further. 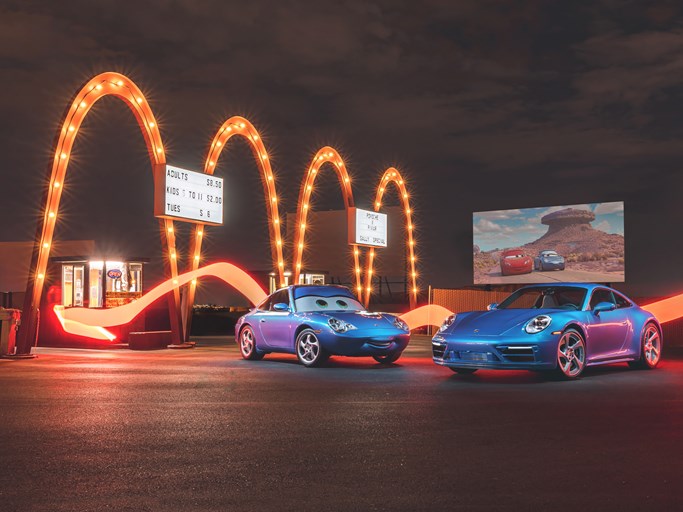