“Sleek – swift – spectacular.” This was Sunbeam’s description of the new Alpine when it was unveiled with an eye for the United States market in 1960 as a direct shot across the bow of Triumph’s TR3 and the MGB. Certainly the new Alpine, with a drivetrain borrowed from Sunbeam’s Rapier, payed homage to contemporary American styling preferences with long, pointed tailfins and a sporting narrow grille treatment, in some ways not dissimilar from Ford’s own Thunderbird. Add to that a curved windshield, standard tachometer, front disc brakes, and a close-ratio four-speed gearbox mated to a sprightly four-cylinder engine, and this was precisely what the United States sports car market wanted—something that was indeed sleek, swift, and spectacular.

The cantonal stickers and Swiss highway registration indicate this particular Sunbeam Alpine was imported from Europe, and it certainly presents very nicely – from the striking red finish to the tidy engine bay, nicely presented boot and black interior, the car clearly shows signs of restoration and driving enjoyment since that time. Cosmetic deficiencies are few and far between, with the notable exception being the plexi quarter windows affixed to the optional hardtop, which show signs of cracking. Otherwise, the interior shows signs of use but period-correct outfitting, from the four-speed gearshift and instrumentation to the seating and headliner. Economical to work on and an absolute delight to drive, there is perhaps no more attractive entry point into the world of British sports car motoring than in a Sunbeam Alpine. 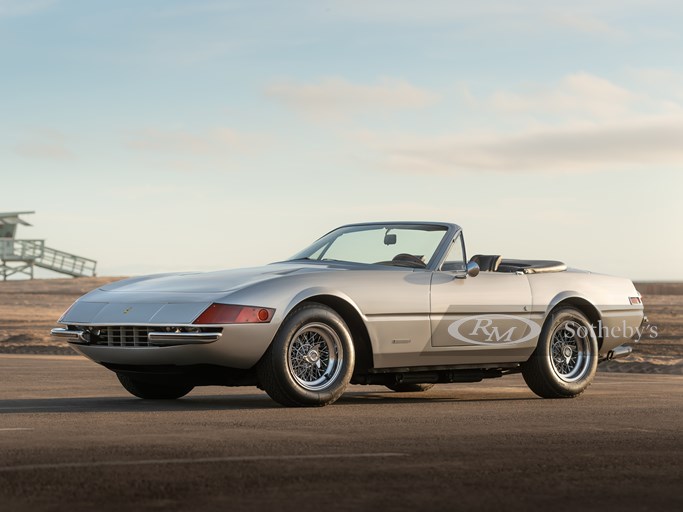