J. Frank Duryea is rightfully recognized as the father of the American automobile industry. After making a pioneer journey in a car built with his brother Charles, in Springfield, Massachusetts, in September 1893, the two formed the Duryea Motor Wagon Company and turned out 13 near-identical cars. By 1898, however, the brothers had split, and in 1900 Frank designed another automobile he called the Hampden, after a nearby town. The following year, Duryea’s prototype Hampden came to the notice of the J. Stevens Arms & Tool Company of nearby Chicopee Falls. The name of the car was changed to Stevens-Duryea, and production began toward the end of 1901.

A light two-cylinder, 7-horsepower runabout, the Stevens-Duryea featured a three-speed sliding gear transmission with reverse and tiller steering. A quality car, it sold for $1,250 in a time when a Curved Dash Oldsmobile could be purchased for half that. A four-cylinder engine heralded a move to larger and more expensive cars in 1905, and a 50-horsepower six was added the following year. By 1910, a Model Y limousine sold for an impressive $5,000.

The late historian Beverly Rae Kimes described the Stevens-Duryea approach as “prestigious conservatism,” aptly echoed by the company’s motto, “There is No Better Motor Car.” Production hovered around 100 cars a year, most of them large touring and limousine models. Though purchased in the early 1920s by a syndicate headed by Ray M. Owen of Owen Magnetic, the company continued to build the same cars in tiny quantities as orders were received. Orders ceased around 1927 and so did the Stevens-Duryea.

This car was on display for many years, and later in storage, at the Indianapolis Motor Speedway Hall of Fame Museum. According to Museum information, it was first owned by Dr. Arthur B. Coffin of New Dorchester, Massachusetts. It was allocated Massachusetts Automobile Register number 2747 on 22 September 1903. Dr. Coffin used it in his practice, and also for pleasure, until June 1910, when he carefully put it away, attaching ropes and hoisting it to the rafters in his barn.

On 25 October 1941, he sold it to a Cambridge mechanic, who used it as an advertisement for his business. A Bostonian gentleman bought it some time after that and put it in storage on speculation. Mr. and Mrs. George E. Felton, of Boston, acquired it in 1948 and had it restored. The Speedway Museum is understood to have acquired it from Mrs. Felton.

De-accessioned by the Museum in 2012, it has been recently mechanically serviced by Keysor Automobile Works (formerly Steve Bono Restorations) in Bouckville, New York, and is now in running and driving operation. The restoration performed for the Feltons has cleaned up well, and its condition belies the fact that the paint is more than 60 years old. The leather fenders, moreover, are original and show just a bit of fraying around the edges. It comes with documents substantiating its ownership record back to its original delivery.

With its remarkable condition for running, driving, and presentation, this Stevens-Duryea has to be one of the most exciting finds today. Eligible for one-and-two cylinder tours, Brass and Gas, and even the prestigious London-to-Brighton event, it must be the find of the year. 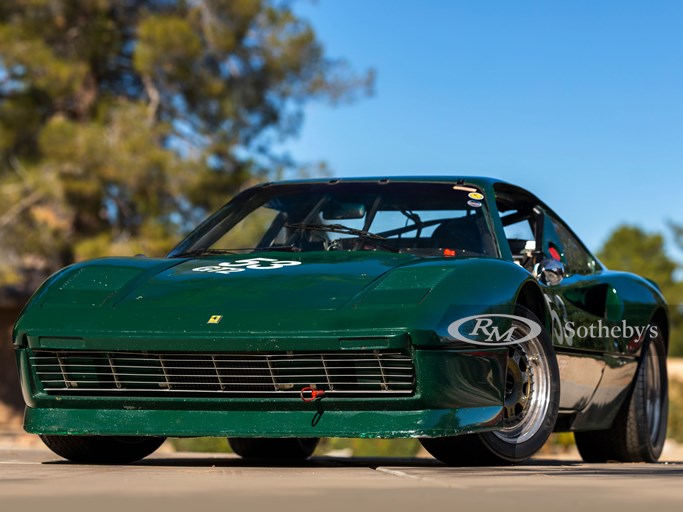