Addendum: Please note that the generator is not currently in the vehicle. It is being repaired and will be sent to the new owner within two weeks. Also this title is in transit.

Locomobile was once one of the most respected automobile manufacturers in the United States, and it was known for their quality, speed, and engineering. It was originally a manufacturer of steam cars that were somewhat akin to Stanley Steamers, but, in 1902, the firm decided to develop a gasoline-powered automobile and hired Andrew Lawrence Riker. Riker had built his first electric car in his family’s basement at 40-years-old. By 1889, he had established the Riker Electric Vehicle Company, which became one of America’s largest manufacturers of electric automobiles and trucks.

Riker developed both a two- and four-cylinder automobile for Locomobile, with both having a strong manganese bronze block and gear case and a chassis made of heat-treated steel. Every engine was tested before being placed on a chassis, and every chassis was tested for several hundred miles. With a set production of “Four Cars a Day,” it’s not surprising that in a few years Locomobile was boasting, “The Best Built Car in America.”

In 1908, Locomobile proved it was fast as well as reliable, winning the 1908 Vanderbilt Cup race. In 1911, Locomobile introduced a T-head, seven-liter, six-cylinder engine, which evolved into the Model 48. Known as the American Mercedes, the powerful and luxurious Locomobiles were fitted with custom coachbuilt bodies and delivered to such prominent buyers as William Wrigley, William Carnegie, and the Vanderbilt family.

Locomobile suffered financially in the early 1920s depression, and it was unsuccessfully merged with Mercer and Simplex before being bought by Durant in 1922, with limited production continuing until 1929.

This lovely Locomobile Model 48 Speedster was built in Australia by Jack Jeffreys, of Sydney, Australia, in the early 1960s. Built on a 1920 chassis and engine, this Speedster was fashioned to appear as a 1914 example. At that time, the 142-inch chassis was shortened to its present wheelbase of 129.5 inches, the original 27-inch wheels were replaced with 25-inch wheels, as tires were not then available in the original size, and this rakish-looking speedster body was fabricated.

In 1964, the Locomobile was featured on the cover of the May issue of Veteran & Vintage Magazine; a copy of which accompanies the car. Following Jeffreys’ ownership, the car went to the UK in the 1990s, before being acquired by the current North American-based owner in the mid-2000s. In need of some attention at this point, the owner opted to send it to Stone Barn Automobile Restoration, which performed a body-off restoration between 2007 and 2008, including a refinishing of the wood, a concours-quality repaint of the engine and chassis, and the addition of a correct rear spare tire carrier and taillight assembly, which were fabricated using correct pieces that were borrowed from another Model 48. In addition, all pieces that were previously finished in nickel were refinished in brass for the correct factory appearance.

Mechanical work included rebuilding of the clutch and sourcing and installing a number of correct parts, including a Bosch dual two-spark magneto and magneto switch, a generator, headlamps, and a spark plug wire loom. A full basic service was performed, including adjusting the brake and inspecting the engine and transmission internals, which were in proper order. More substantial work included the installation of modern engine seals and the installation of new valves and guides, as well as grinding of the valve seats. The front suspension was rebuilt, including the fabrication of new front hubs and 25-inch front wheels and rims.

With final detailing completed in the past year, the car was shown at several events, starting with Amelia Island in March, the Celebration of Automobiles at Indianapolis in May, and the Greenwich Concours in June, where it won Best of Show–American. The owner, in a display of his confidence of the mechanical performance of the Locomobile, took it around the track at Indy at a speed that approached 70 mph!

This Locomobile is a proper example that has all of the desirable speedster features, including full instrumentation, dual rear-mounted spares, a high cowl with cut-down doors, and a thick leather strap to hold down the bonnet at speed. This lovely example is accompanied by a set of restoration invoices from Stone Barn, as well as the monocle windshield and aluminum belly-pan that had been previously installed. It is ready for a great many historic events, including numerous AACA tours, and it requires only a driver with a leather helmet, gloves, and goggles to demonstrate what it was built for—speed. 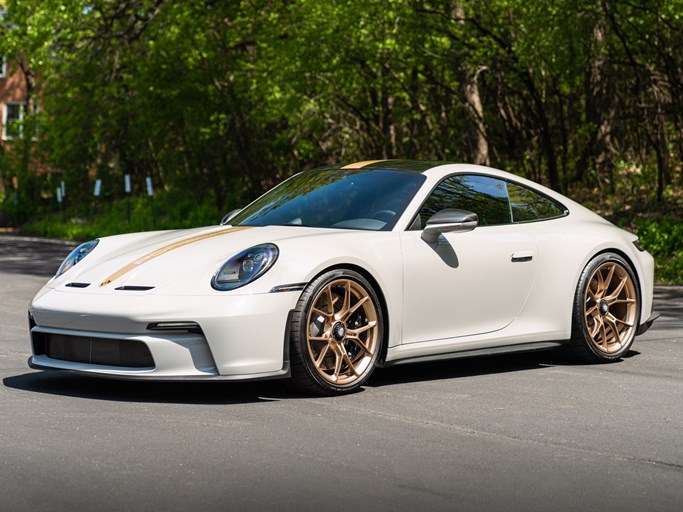 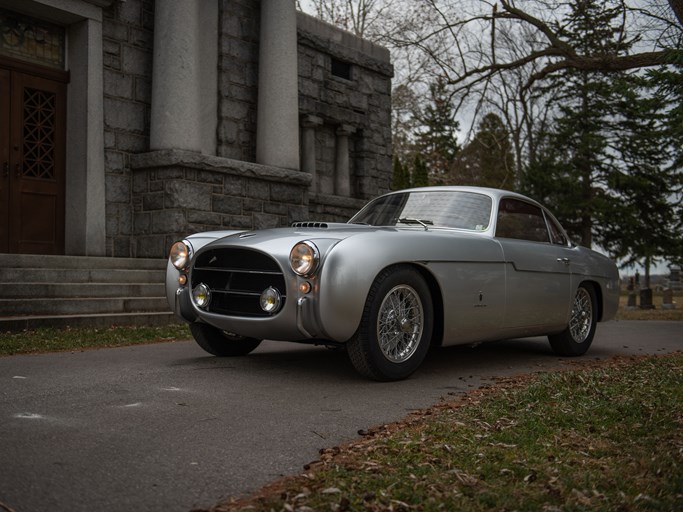