The unequivocal bible of the old car world is the Standard Catalog of American Cars 1805–1942. In this 1,600 page tome, historians Beverly Rae Kimes and Henry Austin Clark Jr. chronicled many thousands of makes of cars, whether mass-produced, one-off, or merely considered. The two researchers set a high bar in finding a previously unknown pre-war American car; offered here is one of those examples, which is extraordinarily well-documented.

Walter E. Mack of South Bend, Indiana purchased one of the first Studebaker electric cars offered, found that it didn’t meet his expectations, and resolved to build a better car himself. He purchased an engine from the Buffalo Gasolene Motor Company. The engine had been designed by Charles Brady King but incorporated improvements by Walter Lorenzo Marr, the father of Buick’s valve-in-head design.

For a transmission, Mack used a three-speed progressive gear unit with shaft drive. The brakes are external-contracting, bronze-lined bands that act on drums on the rear wheels, and the suspension utilizes unusual butterfly-shaped leaf springs. The wheels themselves are miraculous, a sprung type patented by Horace H. Taylor in 1901. They consisted of a solid, steel-rimmed tire, wood spokes, and a hub that floated on 12 coil springs arranged radially around the center. During this period, several inventors were pursuing suspension designs of this type, either to avoid pneumatic tires or obviate the need for springs on the car itself, and Mack even formed the Indiana Wheel Company to manufacture the Taylor-patent wheels.

The South Bend Tribune reported on Mack’s test of Taylor wheels on his car during August 1904, the machine being “driven…at all kind of speeds…and all kinds of rough roads.” The Tribune again reported Mack’s car on test that November, when it had to be towed back to town after a malfunction of its steering and it frightened a horse. Mack’s efforts were recognized in South Bend by his listing as an “auto mfr” in the 1905 city directory.

Walter Mack died in March 1906, not having further developed his automobile nor the Taylor wheel. Subsequent to the dispersal of his estate, the car disappeared from view until 1927, when Charles Fieldhouse purchased it at auction. Finding its construction quite remarkable, he decided to build a museum to house it. The Hubbard Hill Museum in Elkart, Indiana opened its doors in 1965, but Fieldhouse died in 1969, and the car was sold in 1971. It was bought by a local collector from Goshen, Indiana, reportedly edging out a buyer from the Harrah Collection. It remained in Indiana until 1999, when it was acquired by the current owner.

Because of the car’s remarkable construction and original condition, it was stabilized rather than restored. Following a general cleaning and lubrication, it started on the third pull, after sleeping for 75 years. It had apparently never been named, so it was titled as “South Bend,” the city where it was built. Today, the car remains in the same unrestored and conserved condition. Its engine is free and runs, but some grooming will be necessary if it is to be commissioned for the road.

Truly outstanding is the accompanying large dossier of information, which includes copies of invoices for parts purchased by Walter Mack, news reports of the car’s operation in 1904, and numerous documents pertaining to the settlement of his estate in 1906; the originals of these documents are held by the St. Joseph County Archive in South Bend, Indiana. Their survival has filled out knowledge of its history, which also confirms its potential eligibility for the famed London-to-Brighton Veteran Car Run in Britain. 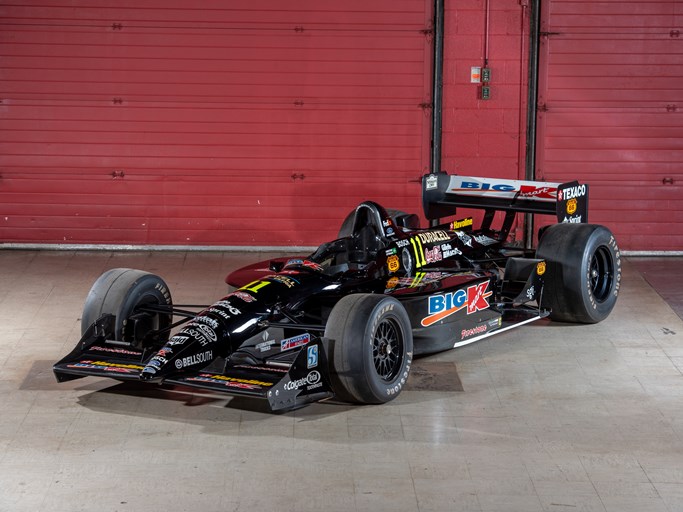 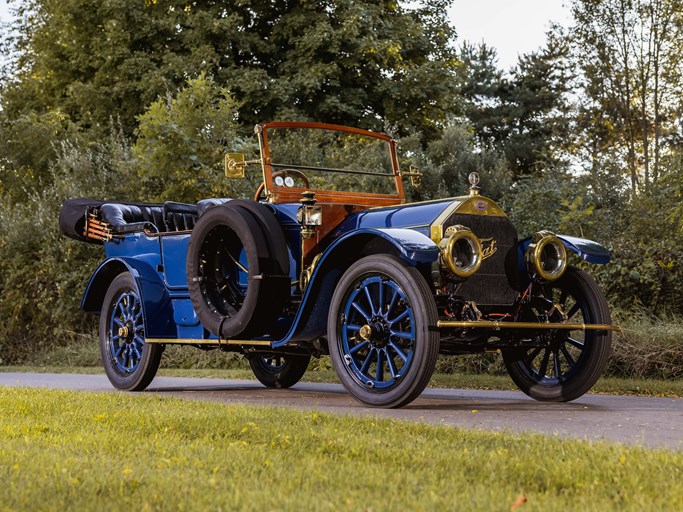