Although the 1955 Chevrolet Cameo Carrier was never a strong seller, largely because of its high price, it was of crucial importance, bringing passenger-car styling elements into the truck world for the first time. The Cameo's fiberglass rear fenders widened it to the same width as the front end, producing a flow-through look. Chuck Jordan, former head of GM Design, earned credit for this form. Not unlike Chevy's cars of the day, the Cameo sported a chrome grille, wraparound front bumper, and a third more glass than the previous 3100 Series trucks. The interior also was more car-like and featured a fan-shaped speedometer and needle gauges, with a top finished in textured black to cut down on reflections.

Cameo Carrier production ran from 1955 to 1958, the most rare being the 1958, with only 1,405 constructed. A quick view of this example reveals a well-done full restoration and few miles driven since. It has the 283 V-8 engine with a two-barrel carburetor, two-speed manual column shift, and dual exhaust. Proper hoses and clamps show strong attention to detail. The interior looks especially inviting, with fresh color-keyed upholstery, a three-spoke steering wheel, new chrome trim and bezels, electric wipers, jack equipment, and an aftermarket period-style sound system with AM/FM/cassette and ceiling-mounted speaker.

Wearing the iconic quad headlamp for 1958, it has very attractive two-tone blue paint with no known imperfections, factory sculpting along the fiberglass bedside, a new, highly polished hardwood bed, and the unique Cameo hidden spare tire carrier compartment behind the rear bumper. The chrome is show quality, and the body-color wheels all wear Goodyear wide whitewalls. It is truly an elegant worker, perhaps too nicely restored for utilitarian duty, but certainly one of the best half-ton pickups we have seen to date. 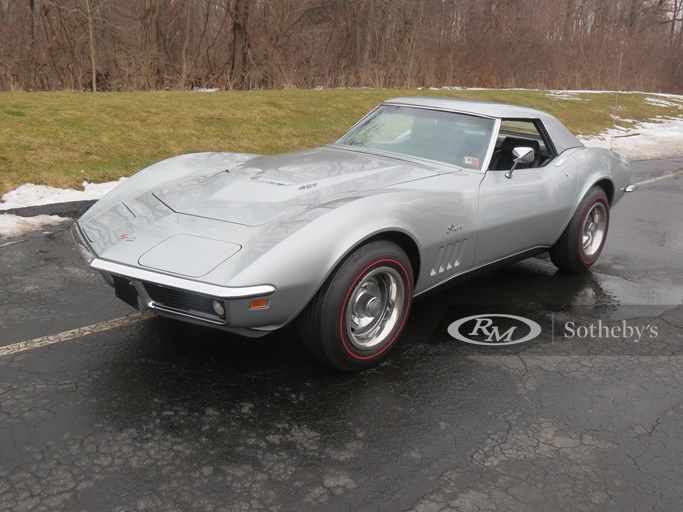