For 1946, Chrysler advertised five different Town & Country models outfitted with wood bodies, with the ambitious goal of becoming the first manufacturer to offer a complete line of wooden bodies. In the end, the gamble proved to be well-timed for the Chrysler marque; though, of the five body-styles, the sedan and convertible were the only ones produced in significant numbers. Although the roadster and club coupe had been advertised, no plans or models were ever created.

That remained the case for almost four decades, until Mr. John Slusar decided to recreate the magical 1946 Town & Country Roadster. It was to be an exhaustive project that would take many years to complete. Extensive redesigning of a rust-free Chrysler Windsor sedan was required, and many structural similarities aided in structural rigidity and solid design. The creation was based upon an oil painting, as well as factory documents relating to other Chrysler prototype projects of the era. He sought former Chrysler employees to find out anything he could. Town & Country experts Bob Porter, Ed Wong, and Mr. Lloyd Mayes also assisted the project. Numerous photos and letters give details of how thoroughly researched and exhausting the roadster project truly was.

Lloyd Mayes purchased the Town & Country Roadster in about 1995. At the time, it was about 30% complete. Mayes picked up where Slusar left off and continued until completion.

There is only one Chrysler Town & Country Roadster. It is not a replica, it is not a custom, it is the pure image of a planned car that never came to fruition—and it is absolutely spectacular. It is perfectly proportioned and wonderfully detailed. The opportunity to purchase this roadster may well be a once in a lifetime chance. Please consult an RM specialist for additional information. 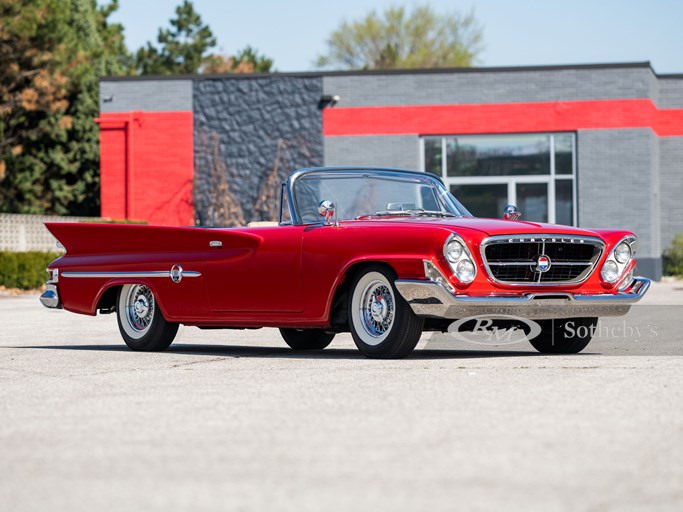