Bigger truly was better for Ford in 1941. The successful launch of Mercury in 1939 clearly demonstrated consumers’ desires for more interior room, and Ford responded accordingly with its revised 1941 model line. The wheelbase increased for the first time since 1933, and Ford bodies were widened to maximize interior space. In addition, the headlights were relocated higher and farther to the outside of the wider front fenders, accentuating the new styling theme and providing improved road lighting.

Ford was no longer content to produce evolutionary models or continue to sell its cars strictly based on price and utility. In fact, the 1941 Fords were stylish, handsome, and comfortable automobiles that targeted a broad spectrum of the automobile market in Standard, DeLuxe, and Super DeLuxe trim levels. The Super DeLuxe convertible was a particularly popular model in 1941, with 30,240 examples produced, an increase of nearly 28 percent over 1940 levels. By comparison, total Ford production increased by less than one percent.

This Super DeLuxe Convertible was a 1987 AACA Senior Award winner and has traveled only a few miles since that time. It still retains its original Ford flathead V-8 engine mated to a column-shift three-speed gearbox. Painted in Cayuga Blue with a deep red LeBaron Bonney leather interior and a tan top, it is simply beautiful. Further equipped with Firestone whitewall tires, full disc hubcaps, a radio, a heater, fog lamps, a dual exhaust with deflectors, and a grille guard, this is certainly one of the prettiest Ford Super DeLuxe convertibles available today. 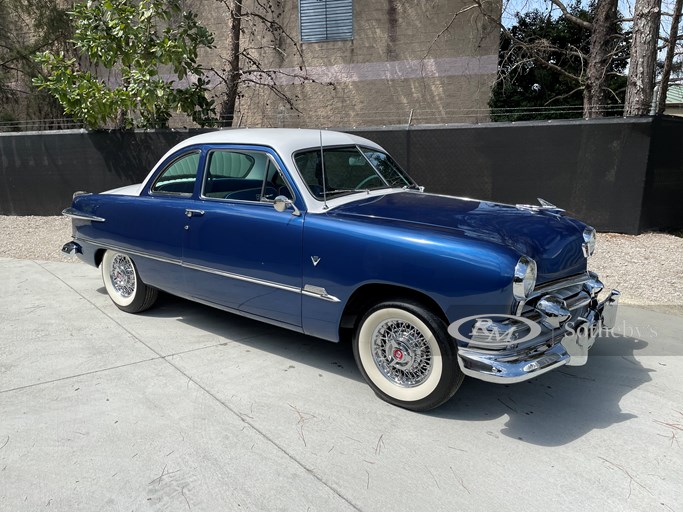