The G1 on display at Museo Enzo Ferrari in Modena.

One of the most storied of Italian automakers first saw the light of day on 24 June 1910, when A.L.F.A. S.p.A., standing for “Anonima Lombarda Fabbrica Automobili,” was founded in Milan, taking over Darracq’s Italian franchise. The young company ventured into motorsport two years later, and it enjoyed some success with drivers including Giuseppi Merosi, Giuseppi Campari, and the up-and-coming young talent named Enzo Ferrari. But it wasn’t until the entrepreneurial Nicola Romeo entered the picture and added his surname to the firm did Alfa-Romeo (later sans hyphen) really take off.

To support its racing activities, Alfa Romeo needed to build and sell conventional automobiles to the general public; its first product was the G1, which appeared in 1921. Only 52 (including two prototypes) of this type were built from 1921 to 1923. This magnificent example, chassis no. 6018, is the only currently known survivor of the series. Merosi, a brilliant engineer, updated the pre-war 24 HP into the revised 20/30 ES and the new G1, using a longer (3,410-mm) and stiffer frame. The G1 was a well-appointed automobile, aimed at the same clientele as Rolls-Royce, Hispano Suiza, and other luxury manufacturers. It was offered in torpedo and limousine styles with bodywork by Schieppati.

These were grand automobiles, powered by a 6,299-cc side-valve inline six, said to have been designed with input from Enzo Ferrari himself. The engine was based on a pair of cast-iron blocks of three cylinders each with fixed cylinder heads. It was the largest motor ever fitted to an Alfa, with a cylinder bore of 98 mm and a stroke of 140 mm, developing 70 bhp and a substantial 216 ft.-lbs. of torque. The G1 featured a four-speed manual gearbox, which sent power through a single-dry plate clutch and an open driveshaft to the rear axle. There were mechanical brakes on the rear wheels, with an auxiliary contracting foot brake that operated on the transmission. Suspension was by semi-elliptical springs at the front and twin quarter-elliptical springs at the rear. In 1921 its top speed of 138 km/h (86 mph) was considered quite impressive.

A stripped-down version of the G1 won its production class at the Coppa del Garda, but the G1s Alfa Romeo hoped to sell to the general public were hamstrung by the fact that they were very thirsty. With post-World War I Italy struggling through political and economic chaos, customers were reluctant to buy an expensive luxury car and shied away. Looking for a more receptive market, Alfa Romeo exported all 50 production G1s to Australia (as well as possibly South America), and there chassis no. 6018 was purchased by a prominent Queensland businessman.

When market reverses sent that gentleman into bankruptcy, he hid his Alfa Romeo from creditors, secreting it on a farm in the Outback. Following the owner’s unfortunate passing several years later, the G1 dropped out of sight and would remain undiscovered for some 25 years. In the late 1940s, ranch workers found the car on the Queensland farm. They managed to get it running again and used it as a farm runabout around the fields. After the car’s rear axle failed, the engine was put to work powering a water pump. In 1964, the remains of 6018 were recovered by Australian Alfa Romeo enthusiasts, and soon afterward Ross Flewell-Smith of Winton, Queensland, began what would become an extensive 10-year restoration project.

Fortuitously, Flewell-Smith had found another G1 that would provide many of the parts that were missing from 6018. Since the original body was no more, Flewell-Smith contacted Luigi Fusi, long-time Alfa Romeo employee and later curator of the Alfa Romeo Historical Museum, who offered guidance on crafting new coachwork. The result was a new Torpedo-style body and new fenders, and the result was so impressive that the car won both the 1977 Queensland Vintage Car Concours and the 1978 Australian Mile Miglia Memorial Run. Demonstrating that it was still as muscular as it was when new, 6018 was timed at 138.3 kph (86 mph) at the Lakeside circuit, drawing the ire of race officials who black-flagged the driver for being too fast!

In 1995, the car was acquired by Melbourne art dealer and vintage car collector Julian Sterling, who commissioned a complete restoration. All worn components were replaced, while Michelin produced, at no small fortune, a set of new tires from its original 1920s molds. The result was an automobile so spectacular that the 1998 edition of the Classic Car Yearbook called it “breathtaking.” The G1 was then purchased by Neville Crichton, governing director of the new Australian Alfa Romeo importer, Ateco Automotive Pty Ltd. Once again, the oldest extant Alfa Romeo received a full restoration, and again, the outstanding quality of the work resulted in an invitation to the 2005 Pebble Beach Concours, where under the supervision of leading classic car journalist David Berthon, it was awarded 3rd in Class.

In 2010, David Berthon and the Alfa G1 began a nationwide tour of Australia to celebrate the marque’s 100th anniversary, which included a stay at the Launceston Motor Museum in Tasmania. In 2012, the car was purchased by the current consignor, a Southern California collector. He entrusted the car to Fast Cars, Ltd. in Redondo Beach for further restoration, this time to Spider Corsa form. Refinished as an open-wheeled, two-seat racing car, drawing inspiration from the 20/30 ES raced by Enzo Ferrari, 6018 was painted a darker shade of red and made an encore appearance at Pebble Beach, where it once again received a class award. It has since been shown at the 2014 Arizona Concours, the 2014 Amelia Island Concours, participated in the 2014 Mille Miglia Storica, and was also displayed at the Enzo Ferrari Museum in Modena.

This exciting, powerful, and oldest-known surviving Alfa Romeo presents a rare opportunity for the discerning automotive connoisseur to own a historic machine that will be a welcome entrant at not only the world’s leading concours d’elegance, but also vintage rally events where it will certainly be the center of attention, as well as an absolute blast to drive. 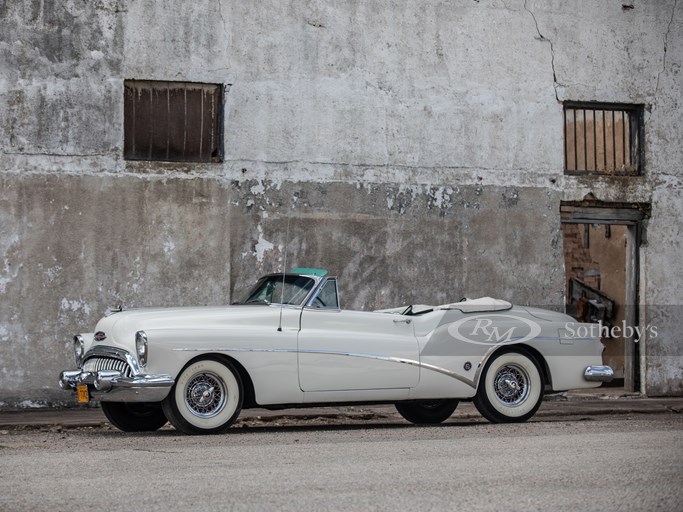