By the early 1960s, Ferrari’s racing and street cars were taking different roads, with the competition cars becoming more specialized and the road cars reflecting the desire of Ferrari’s clientele for more comfortable and luxurious appointments. The inspired road car that resulted was the 250 GT Berlinetta Lusso of 1963-64, introduced at the Paris Auto Show. While its styling was quite similar to that of the 1959-62 250 SWB, the Lusso was outfitted with a proper interior, and the engine was moved forward to permit two people to be more comfortable inside and even carry some luggage behind the seats. Nonetheless it was first and foremost a driver’s car. Just 355 were built and sold at a list price of $13,375.

The doors, hood and trunk remained aluminum, but the Pininfarina-designed body was built by Scaglietti out of steel and finished to lusso (luxury) level, with thick carpets and soft leather. The design featured a lot of lessons learned with the round-tailed SWB and the Kamm-tailed GTO. The sloping back window flowed down to a short rear deck and an effective spoiler. The windows were glass all around, and there was an effective heater and sound insulation.

The Colombo V-12 was very similar to the SWB engine, with 12-port outside-plug heads and four studs per cylinder. The only obvious difference was five instead of six cam-cover fasteners along the edge. The engine was quoted at 250 horsepower at 7,000 rpm, and Road & Track recorded 0-60 mph in eight seconds, a quarter-mile in 16.1 seconds at 91 mph and a top speed around 150 mph.

Noted GM stylist Charles Jordan was a Lusso owner, and he described the car as “an excellent example of timeless design. The voluptuous feeling of the Lusso body expresses grace and motion in a way which had not been accomplished before, nor has it been equaled since. It says power and speed in capital letters without being brutal.”

The 250 Lusso appealed to drivers who wanted a civilized Ferrari road car that was fast enough to thrill. But while the 250 GT Lusso was intended as a street car, some owners entered their cars in sporting events. The car offered today is such an example. S/n 4459 GT was built July 4, 1963 and bought by Baldassare Taormina of Vetrano, Sicily on August 13 for 5,750,000 lire. He registered it as TP 31908.

Sicily was the home of the legendary Targa Florio road race, which dates back to 1906, so Taormina had a tradition to uphold and the advantage of a lot of local knowledge. He entered his new car as #120 in the 48th annual Targa Florio on April in 1964, co-driving with his friend Pasquale Tacci. The race twists around the island for 10 laps of 42 miles, and along with the Mille Miglia, it’s the most famous road race in the world. Could a local boy make good?

The answer is yes. Taormina and Tacci finished a very creditable 14th of 64 starters and 28 finishers, having completed nine of the 10 laps by the time winners took the checkered flag. Ferrari was locked in a do-or-die battle with Carroll Shelby and his Cobras for the manufacturer’s championship that year and elected not to send factory cars to Sicily, saving his energies for Le Mans in June. However there were six Ferrari GTOs, including two LMs, with obvious factory support, and Taormina’s Lusso.

But the rough roads and the unforgiving stone walls were a major factor, and it’s probably here that Taormina and Tacci made the most of their local advantage. It wasn’t a good day for the big cars, anyway. The race was won by a pair of Porsche 904s driven by Count Antonio Pucci/Briton Colin Davis (who lived in Italy) and Gianni Balzarini/Herbert Linge. They were followed by two Alfa Romeo TZs.

The road conditions beat the Cobras to death; first home was Dan Gurney/Jerry Grant in 8th place, Phil Hill/Bob Bondurant were 26th and two more Cobras 30th and 31st. Four other Cobras didn’t finish at all. Two of the Ferrari GTOs broke and Taormina/Pucci’s #120 was the 5th Ferrari home, behind four GTOs. Very respectable indeed for a local boy in a road car.

Taormina drove his Lusso around Sicily until February 25, 1965 when he sold it to Antonio Peri in Palermo. Peri registered s/n 4459 on Palermo plate PA 155070, and the car was exported to the U.S. sometime in the 1970s. By this time the car was in the ownership of Bill Senyak of Seal Beach, California, and according to Ferrari Owners’ Club records, he remained the owner through at least 1986.

The next confirmed owners were Roger and Rhonda Groves of Monarch Beach and Dana Point, California in the summer of 1997. They commissioned a ground-up restoration at great expense by Classic European Restorations of Oceanside, California. To celebrate this effort, the Groves showed s/n 4459 at Concorso Italiano in Carmel Valley, California in August 1998, where it won the coveted Platinum Award. They kept s/n 4459 until 2004, when they passed it on to Ken and Dale Roath of Newport Beach, California, who commenced further restoration and obtained Ferrari Classiche Certification in 2007.

As offered, this wonderful and rare Lusso, with its documented early competition history and coveted Ferrari Classiche certification, clearly benefits from careful ownership and a painstakingly detailed restoration. Ferrari enthusiasts will further recognize the significance of multiple Platinum Awards and, of course, the V-12 power of a Ferrari chassis that raced the Targa Florio in period. 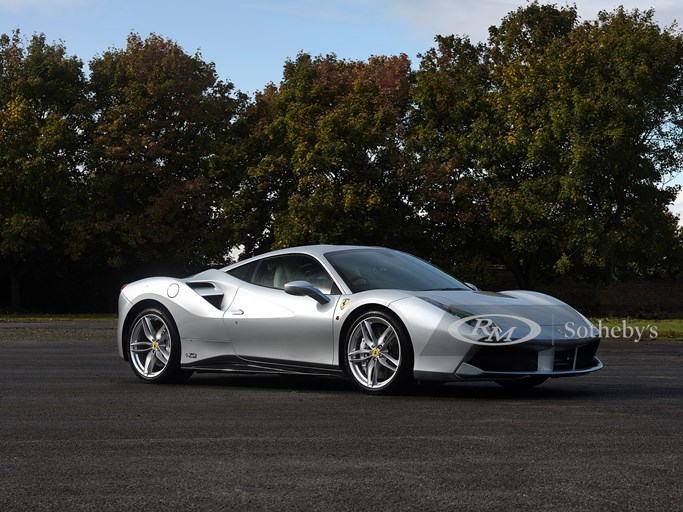