Thanks to the Shelby 427 Cobra and its continued dominance on the racetrack, Chevrolet engineers were forced to counter with a 427 of their own by enlarging the 396 cid V-8 for the 1966 model year. The Mark IV “big block” motor was noted by the appropriate bulge in the hood; over time it became appropriately referred to as “the stinger.” Performance was astounding: 0 to 60 in 4.8 seconds, 0 to 100 in 11.2 seconds, 12.8 second quarter-mile time and a 152 mph top speed. Ads proudly announced, “With 427 Cubic Inches, Who Needs Adjectives?”

One year later, Chevrolet’s advertising agency, Campbell-Ewald, cleverly advertised the 1967 Corvette as “A Wolf in Wolf’s Clothing” as well as “A Good Second-Hand Car,” referring to the Corvette’s 0-to-60 mph performance against the stop watch. Long considered to be the pinnacle evolution of the iconic Stingray, the 1967 model was the last of the C-2 Corvettes. The styling team of Peter Brock, Bob Veryzer, Tony Lapine, Chuck Pohlman and Larry Shinoda, under the guise of the infamous Bill Mitchell, was responsible for notable refinements such as flat finish rocker panels sans ribbing, a new single backup light mounted above the license plate and distinctive six-inch slotted ‘Rally Wheels.’

The body was taken down to bare fiberglass and re-built from the ground up. The chassis and all suspension components have been restored to their original condition. It rides on period-correct redline tires fitted to the aforementioned classic Corvette Rally Wheels. All original chassis and factory markings are in place, in addition to factory inspection stickers. Impressive, complete restoration photos and documentation are provided. It has been driven fewer than 100 miles since its remarkable nut-and-bolt restoration completed in 2008.

Attesting to its sensational quality and remarkable authenticity, this magnificent Corvette is the recipient of NCRS Top Flight, Bloomington Gold, Gold Spinner and Triple Crown awards. Upon close inspection, the astute bidder will recognize that this is a rare opportunity to acquire a worthy addition to any premium Corvette or muscle car collection, as the car can be represented as one of the finest Stingrays extant. 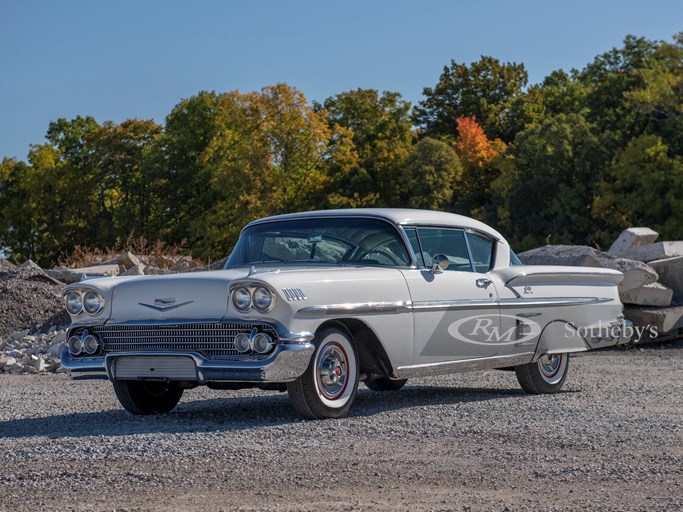 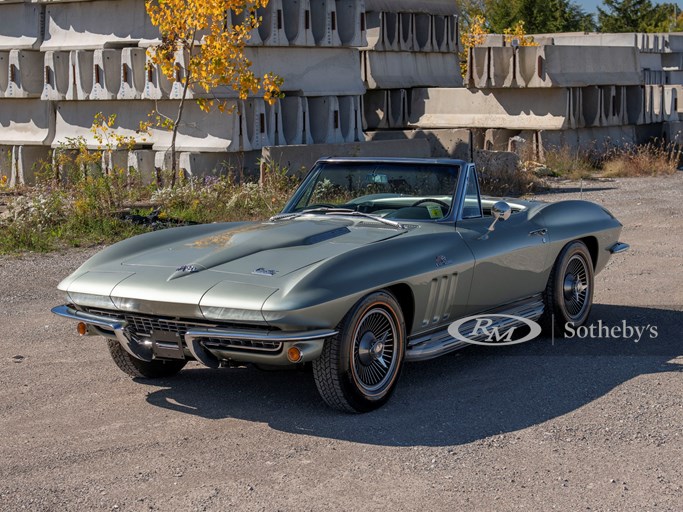 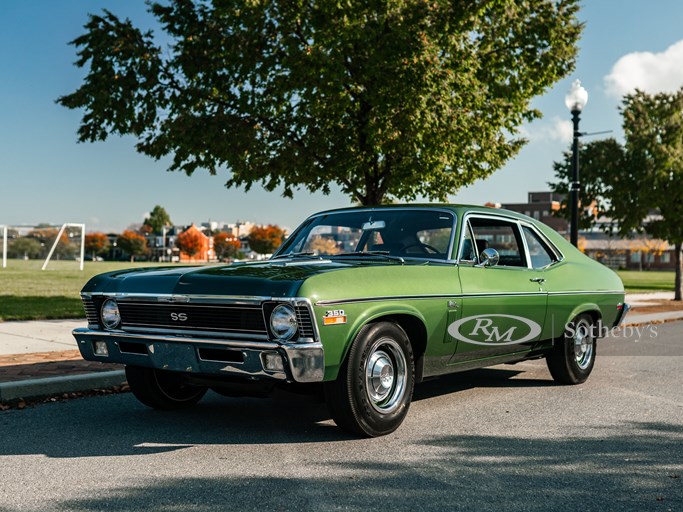