Please note that this lot is titled as 1948.

In October 1946, Talbot-Lago exhibited its new T26 Record model at the Paris Salon. The chassis and drivetrain of this model were new, including the jewel-like, magnificent 4½-litre six-cylinder twin-cam “hemi” engine, developed by Major Anthony Lago during the war in conjunction with chief engineer Carlo Marchetti. This new engine was not only lovely to look at, with its polished Art Deco valve covers, but it provided exceptional torque and 170 horsepower, making the Record one of the most powerful production cars in the early post-war world. Further, the chassis now sported independent coil spring front suspension, ensuring superior handling, while the trademark Wilson pre-selector gearbox was a joy to use in comparison to the long-throw boxes with which most other GTs were equipped at the time.

Completing the presentation of this sleek, classic grand routiére were lovely body styles, based upon the original 1934 factory bodies drawn with the assistance of the renowned coachbuilder Joseph Figoni. The final evolution of those styles, the bodies were now tastefully updated by Carlo Delaisse, a well-known designer who had worked for the great shops of Vanvooren and Letourneur et Marchand.

The car offered here, a Cabriolet d’Usine on chassis number 100064, is a very early production Record, delivered to the Belgian agent Guerret of Brussels in late 1947 and sold to its first owner the following year. As a first-series “factory convertible,” it is characterized by the elegant windshield surround, with no top bar; full chrome trim; and free-standing chromed headlamps. Later cars lost these fine details, as Lago was forced to cut costs due to the company’s perpetual financial problems, leaving these early cabriolets as perhaps the most elegant as of the post-war Talbot-Lagos.

Subsequently, the Talbot was found in Belgium and brought to the United States during the 1960s, remaining for many years in the caring ownership of longtime Classic Car Club of America member Joseph Cantore. It was then acquired by renowned collector William Ruger Jr. as an original and unrestored car, still wearing its paint, interior, and even the original top fabric, and with 26,000 actual miles.

Mr. Ruger subsequently commissioned, in 2004, a comprehensive restoration to a high standard by the well-regarded Chris Charlton of Oxford, Maine, with a focus on originality and authenticity. This work included the disassembly of all mechanical components. The engine and gearbox were rebuilt, and whatever parts required replacement were remade to exacting standards as necessary. The lovely bodywork was properly stripped and refinished, with the structural wood beneath repaired only where necessary; great care was taken to maintain as much of the original wood and metal as possible. Similarly, the interior was reupholstered using period-correct materials. A new wiring harness was made by hand in correct colors, various rubbers were specially recreated, and the unique first-series windshield was recreated with polished edges due to its thickness. Over-restoration and over-chroming was resisted, as witnessed by the correct painted wheels and blackwall tires. In all, more than 4,200 hours were spent bringing this handsome and rare motor car back to its former glory, and the restoration still presents superbly. A full description of the restoration is on file for inspection.

Maintained in the Smith Collection for several years, the car’s restoration shows almost no wear and remains absolutely beautiful today; indeed, the paintwork appears virtually fresh, and the interior shows only the lightest stretching from gentle use. With its powerful and responsive engine, beautifully weighted steering, independent front suspension, and fascinating gearbox, it would be a captivating and sporting experience to enjoy, including in CCCA CARavans and, of course, any number of historic rallies.

With its history and configuration authenticated by noted Talbot-Lago authority, Peter M. Larsen, this T26 Record is one of the finest of its kind in existence, with great looks, lusty performance, genuine rarity, and hand-built exclusivity, combined in one delightful package. 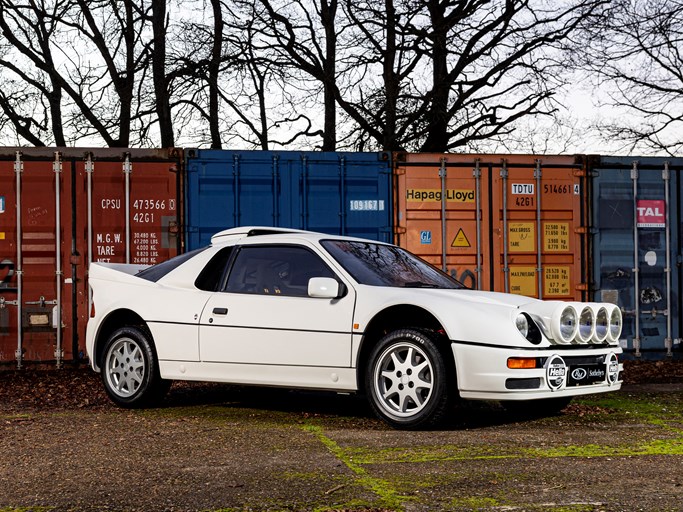