Considering the success of the 308 GTB and GTS models, Ferrari knew that it was in their best interest to retain the same basic formula for the car’s successor, the 328. Stylistically, the car remained very similar to its predecessor, save for molded bumpers, a slightly smaller front grille, and its most readily distinguishable feature: a small roof spoiler that was mounted just aft of the rear seats. Pininfarina’s designers took the time to smooth out the lines on the body, making the car appear to be slightly less aggressive but more refined overall. Inside, the 328 received more supportive seats, along with updated ergonomics in an effort to further refine the driving experience.

The V-8’s bore and stroke were increased, bringing displacement to 3,186 cubic centimeters. This helped to increased output to 270 brake horsepower at 7,000 rpms. At the time, the car’s performance was exceptional and still remains highly respectable today, with a 0–60 time of just 5.5 seconds, leading to a top speed of 160 mph.

Currently showing just over 13,000 original miles from new, as confirmed by service records and a clean CARFAX report, this impeccably preserved 1988 328 GTS has spent the majority of its life on the East Coast and the last 15 years in the state of Pennsylvania. Purchased by its current owner in March of 2014, the car subsequently received a major service at Algar Ferrari that same month, including a belt change. The owner elected to take the 328 GTS to the Cavallino Classic in January of 2015; the car was incredibly well received and earned Platinum awards in both the Concours and Preservation classes, as well as the Ferrari Preservation Cup, attesting to its supreme level of originality and current condition. In addition to its awards, the car is regularly driven, proving that it is no trailer queen. It remains fully ready to drive and enjoy at a moment’s notice, having received its annual service in December of 2015.

Furthermore, the car is accompanied by a handful of service receipts from throughout its ownership, including from its most recent major and annual service, as well as a complete set of books, a full toolkit, and a rare set of fitted leather luggage, which has never been used. Adding to this car’s already impeccable provenance, it is Ferrari Classiche certified as retaining all of its original components.

Considered by many to be one of the most reliable Ferraris ever built, 328s have always been considered the enthusiast’s favorite, as it offers excellent performance, wonderful road manners, and service costs that will not break the bank. Simply stated, this particular 328 is one that checks all the right boxes and will please the most discerning of enthusiasts. 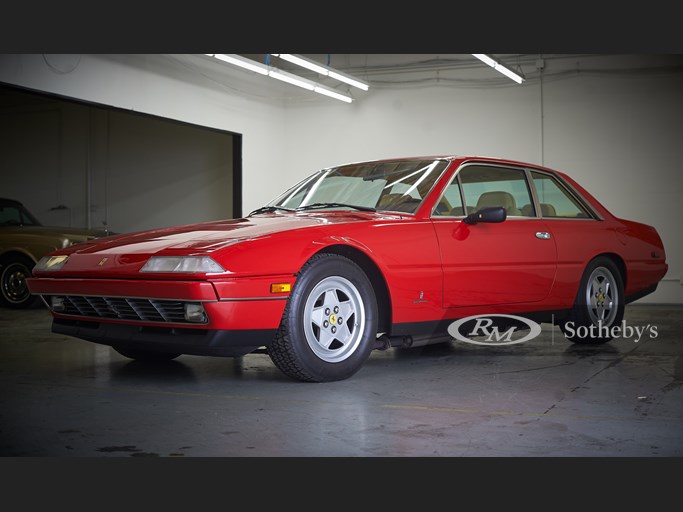