In the early 1960s, there were two schools of thought concerning performance cars. American cars were known for their size, power, and straight line performance. Those from the other side of the Atlantic, on the other hand, were small, lithe, and focused on finesse through handling. A few companies, such as Allard, Cunningham, and Nash-Healey, believed that blending these two schools of thought would make for an incredible sports car, and they succeeded to some degree. However, none saw a level of success akin to Carroll Shelby and his Cobra.

While Shelby first fitted a 221–cubic inch V-8 into an AC chassis, he bestowed the first Cobra with a 260–cubic inch V-8. However, it was the third powerplant, Ford’s new 289–cubic inch V-8, that provided the perfect balance of handling and raw power. Rated at 306 brake horsepower, the 289 was tasked with propelling a car that weighed only 2,000 pounds—some 500 pounds lighter than the Corvette. With such exciting performance, it is no wonder that the Cobra became an instance success, making both Cobra and Carroll Shelby household names.

The 289 Cobra presented here, CSX 2188, was originally invoiced to Broad Motors Company of Philadelphia, Pennsylvania, on December 16, 1963, and finished in white with a red interior according to the World Register of Cobras and GT40s. Furthermore, it was equipped with aluminum rocker covers and whitewall tires and was fitted with a luggage rack. The car was acquired from Broad Motors by Jay Hughes, who was a used car dealer based in York, Pennsylvania, and also the sub-distributor for Cobras for Broad Motors at the time. Rather than resell the car, it is believed that he retained the car for his personal use. He later sold the Cobra to Tim Grumbacher, also of Pennsylvania, who only kept the car for about a year before trading it back to Hughes who once again sold it, this time to Byron Wilt.

The car remained in Pennsylvania for the next decade, even being used at one point as a drag-racer by John Caruso, and, as such, it received minor modifications in order to remain competitive, such as an aftermarket roll bar, Weber carburetors, Belanger Drag headers, a Hurst shifter, and drag radials on custom rear wheels. Caruso sold the car in 1971 to Christopher B. Klein, who painted the car maroon and had it returned to its original street configuration by 1975. The Cobra then passed through noted Shelby enthusiast Bill Collins of Harrisburg in 1979. Unfortunately, at that time, the car was noted as missing a variety of ancillary parts that had been stolen while the car was being offered for sale.

As luck would have it, a friend of Collins was browsing a swap meet later that year when he noticed a number of Cobra parts for sale. It also just happened that those parts were the same maroon color of Collins’ Cobra, including the original white paint underneath. Not wanting to stir things up, Collins kindly reached out to the seller, confirmed that the parts originally belonged to his car, and bought them all back. The Cobra was once again reunited with its original grille, seats, hood, doors, and rear deck lid!

An avid enthusiast and restorer, Collins began restoring the car soon after he acquired it. However, eventual delays and other pressing projects kept him from finishing the car. Eventually, friends of Collins convinced him to send the Cobra to marque specialist Dave Wagner of Detroit, Michigan, to complete the work and bring it up to the exacting standards it is presented in today.

The car was finished in the stunning black-over-red leather with matching red Wilton wool carpeting and was fitted with its original grille and front and rear nerf bars. A Class A Cobra, it is also equipped with classic chrome wire wheels shod with Michelin X radials, sun visors, wind wings, its original top, a tonneau cover, side curtains, a proper grease gun, a jack, and a spare wheel in the trunk. Inside the immaculate interior, the driver faces correct Smiths gauges, a correct Rotunda tachometer, a rare original clock, and an original AC wood-rimmed steering wheel and optional heater.

During its restoration, the engine was fully rebuilt by the Ford experts at Roush. The rest of the engine bay is highly detailed and finished with correct style hoses, clamps, and hardware throughout, including a new wiring harness. The very rare and period-correct five-bolt pattern block is equipped with original-style headers, as well as a correct exhaust system, four-barrel carburetor, and air filter. The 289 is mated to the original T10 four-speed transmission.

The car was recently driven by an RM Sotheby’s specialist familiar with Shelby Cobras; he comments that CSX 2188 is amazing to drive. It starts right up without hesitation and runs and drives like no other Cobra. An expert on all things Shelby, he notes that this is certainly one of the nicest Cobras to be offered in recent memory.

The Shelby Cobra is just as desirable as it was on the day the first example left Shelby’s facilities, and it is largely considered to be the most iconic American sports car ever produced. To many, the 289 is the ideal iteration of Carroll Shelby’s most famous car. With enough power to easily outrun modern traffic yet not enough to be nearly as aggressive as the 427, these are truly wonderful automobiles to be enjoyed out on the open road—this beautifully restored example in particular. 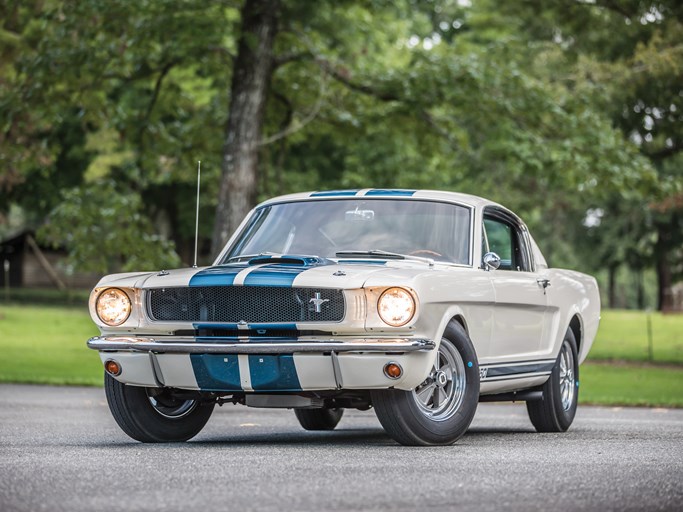 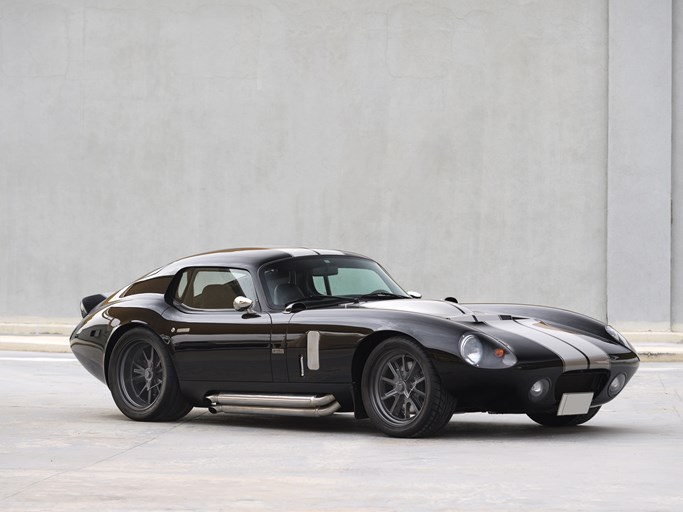