Legends cling to many famous cars, but perhaps the most fabled of them all is the story of the “Blue Train” Bentley.

Once upon a time, March 12, 1930, to be exact, a wager was made amongst a group of early motoring enthusiasts at a dinner party at the Carlton Hotel in Cannes, France. A high-spirited discussion was prompted by the Rover motor car’s advertisement, claiming that its Light Six was faster than the famous express train Le Train Bleu. One person in the group was Captain Joel Woolf “Babe” Barnato, a well-known playboy millionaire, the heir to a South African diamond and gold mine, an international sportsman, and one of the original “Bentley Boys,” as well as the chairman of Bentley Motors and the winner of the 24 Hours of Le Mans in 1928 and 1929. He boasted that he would have no difficulty outrunning Le Train Bleu in his Bentley Speed Six. He bet £100 on his claim.

The next day, at 5:45 p.m., Le Train Bleu steamed out of Cannes, heading to London’s Victoria Station, while Barnato and his relief driver left the Carlton Hotel in his Speed Six. Although they battled heavy rain and fog, delays from searching for fuel, a punctured tire and having to use their only spare, and a choppy ferry ride across the English Channel, they arrived at the St. James Street Conservative Club four minutes before Le Train Bleu had even reached the ferry at Calais, France. Captain Barnato won his bet; however, the French authorities promptly fined him a sum far exceeding his winnings for racing on public roads. Bentley Motors was also excluded from the 1930 Paris Salon for conducting an unauthorized race.

As for the car that he actually raced that day, that story too is one of legend. Barnato happened to have owned ten 6½-Litre cars, with seven being standard chassis and three being Speed Six chassis. For decades, the car depicted as the “Blue Train Bentley” in countless newspapers and magazines, as well as in a commemorative painting of the race with Le Train Bleu by Terence Cuneo, was Barnato’s streamlined “fastback” coupe, which had been bodied by Gurney Nutting and wore chassis number HM2855. However, the Bentley he actually drove that day was a rather unassuming black, fabric-covered saloon that had been built by H.J. Mulliner on a 1929 Bentley Speed Six chassis, number BA2592. Captain Barnato had owned that car for a year before the event, while his Gurney Nutting Coupe was still being built.

The race is still a fascinating legend, and in October 2005, 75 years after the event occurred, Bentley Motors celebrated it with a limited-edition version of the current series Bentley, a 6.75-liter four-door saloon named the Arnage Blue Train Series.

The Blue Train Recreation offered here was modeled after the Gurney Nutting Coupe and built to exacting standards by a renowned coachbuilding firm in the UK. This series is ever popular, as the firm has a lengthy three to five year waiting list for those looking to acquire their own fabled Bentley. This example, built on a 1950 Bentley Mark VI chassis, was just completed in October 2014. The car was then recently imported into the U.S. and has been registered in this country with its duties paid. This Blue Train has only covered delivery miles since, and it therefore remains in as-new condition throughout.

The car is equipped with a Bentley B80 inline eight-cylinder engine that has been beautifully detailed and features four SU carburetors, which create a healthy 180 horsepower. The powerful inline-eight is mated to a synchronized four-speed transmission, making the Bentley a true pleasure to drive. The rear trunk also features a full tool kit in a fold-down tray, should the owner wish to work on the car themselves. The beautifully crafted interior features matching liquor cabinets, with each containing a decanter and a set of crystal glasses that have been engraved with the Bentley “B,” to provide touring comfort for the passengers. The cabinets are finished in highly polished walnut, as is the dash cowl and the tops of the doors. Beautiful red leather completes the interior, along with matching red carpeting. A Webasto sliding sunroof is fitted, as are twin side-mounted spare wheels. This Blue Train, finished in a stunning and menacing black vinyl-and-leather-covered body, has quite a presence on the road.

The legend of the Blue Train race in March of 1930 remains one of the greatest stories in automotive history, and one could imagine how exciting it would be to recreate that incredible race in this car today! 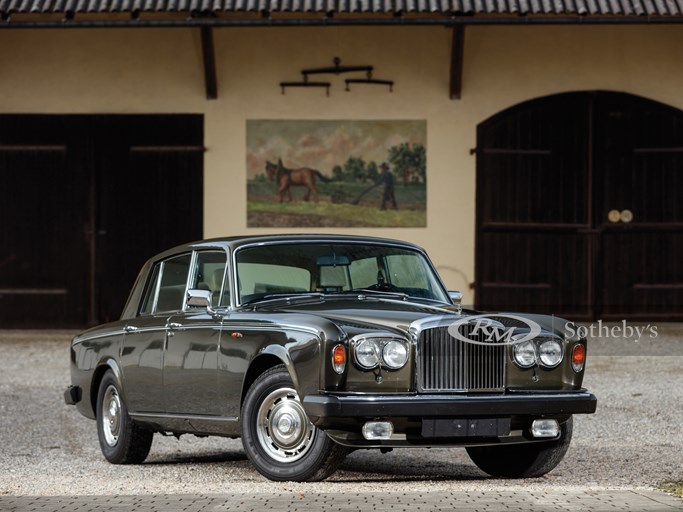 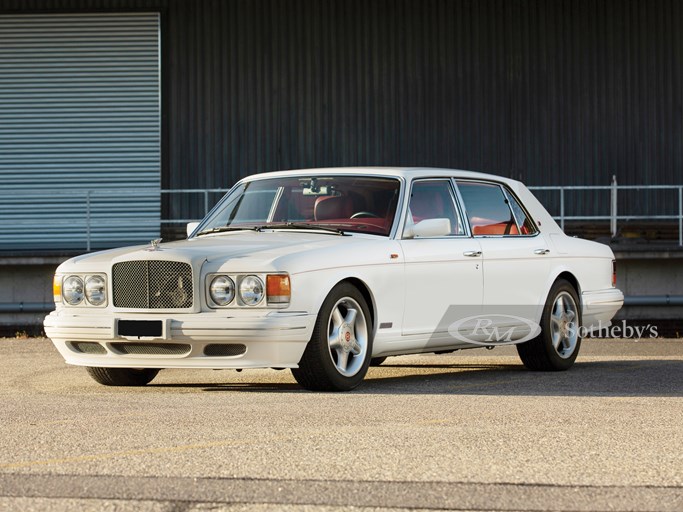 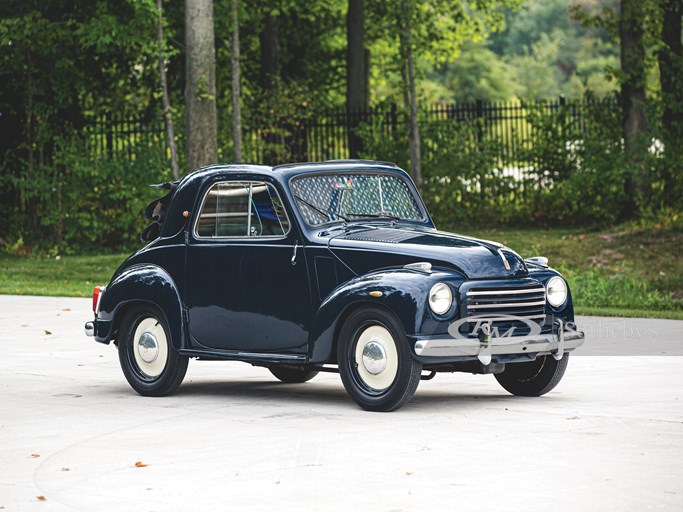 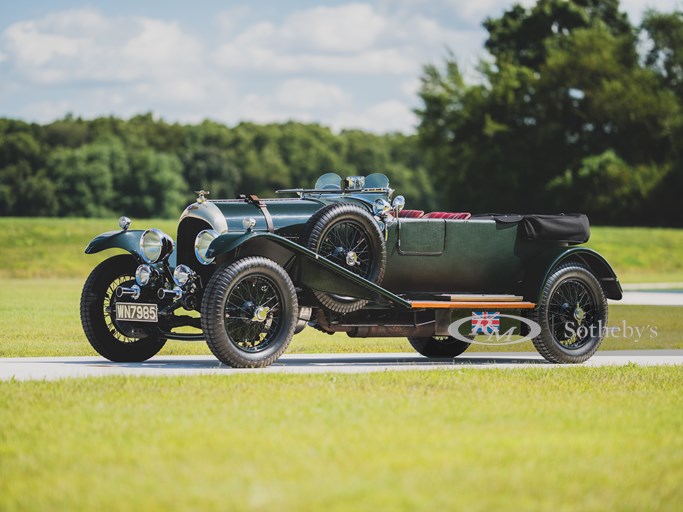