Catalogue
Chassis No.
Engine No.
KE 27188
KE 27204
Addendum: Please note the title for this vehicle is in transit.

• A one-off custom based on the model C11

Once in awhile automotive treasures which have been forgotten or thought to have been lost are examined in a new light and rediscovered. Based on the highly successful C11 chassis with a 65 horsepower sleeve-valve inline six, this Special Type KE Sport Roadster may well be one of those cars. Of approximately 10,000 Avions-Voisins built, the C11 was the best selling of the 34 models offered with 2,180 units built. Although Gabriel Voisin’s racing program is not as prominently known as those of other manufacturers, Voisin applied his advanced knowledge of aerodynamic principles gleaned from his experience as an airplane manufacturer to his grand prix cars. One notable result of these efforts were the Laboratoire racers, which adhered to every aerodynamic principle Voisin knew with a resulting unique appearance. He intended to produce road-going versions of these light chassis with elegant touring bodies and even produced promotional literature, but the project never materialized. The 1920s were considered golden years for the firm, and it churned out multiple varieties of the racing Laboratoire as well as other customs aimed at taking world records.

The example offered here is chassis number KE 27188, which can be seen on the chassis plate and stamped in the usual location on the left front chassis horn. According to Jan Bruijn of Automuseum Deventer in the Netherlands, “the car resided for many years, maybe decades with the Grell collection from Basel, Switzerland.” The collection referred to is that of the late Walter Grell, who is better described as a connoisseur. Among the cars in his stable were a 1955 OSCA Vignale Berlinetta, a 1962/3 BRM P578 Formula 1 racer, a 1967 Cooper-Maserati V12 T86 and a 1933 Alfa Romeo 8C 2300 Castagna Drophead Coupe. In this context it is natural to infer that the history behind KE 27188 is substantial; unfortunately whatever knowledge Mr. Grell had of the Voisin’s provenance was taken to the grave when he passed in the late 1990s. What has survived is an anecdote that it was built to special order for the manager of the Orion radiator factory in Zurich, which would give credence to the custom radiator which emulates the classic Avions-Voisin shape but is flat instead of vee’d.

Most luxury car manufacturers continued to service or modify their products for clients after production had shut down, and given Gabriel Voisin’s penchant for customs, it is conceivable that he played a role in the creation or modification of this car for a special client or friend. Creation of a factory-built custom such as this would have been realized through rebuilding an original chassis and engine or perhaps utilizing new old stock spares. Interestingly, chassis KE 27188 lacks the heavy chrome and extravagant lines found on its relatives but rather espouses simplistic, sports car-like styling. Also lacking is the notable radiator mascot which had given way to more simplistic radiator caps. Despite this restraint the fender lights and taillights are reminiscent of the glory days of the early Art Deco period in which these cars were produced. Highly important is a thoughtful analysis of the chassis plate; pre-restoration photos show the plate affixed to the firewall and showing obvious age, yet the quality of its manufacture lends itself to the assertion of a later factory build.

In its early days, the Knight engine was licensed by a number of the leading automobile manufacturers in both Europe and the United States. The engine was superior in design and had better wear characteristics, not to mention supporting higher compression. As the other luxury marques gave way to the poppet-valve engine, also known as a mushroom valve, Voisin continued to refine the sleeve-valve design. Along these lines the chassis could have been designated with the KE prefix as a nod to the Knight engine, which would have completely disappeared from automobile production by this later time.

Photographs taken after the Voisin was sold out of the Grell estate show the aged but solid KE 27188 painted dark red and appearing to have been stored for many decades after years of use. In its restored condition this Avions-Voisin custom roadster is finished in a beautiful blue after having been stripped to the bare aluminum. The C11 engine is correctly restored, and the odometer now reads only 11 kilometers. Just as lovely are the red leather seats, tan carpet and black Rudge-Whitworth wire spoke wheels wearing Goodrich Silvertown Cord tires. It retains a spare tire in the trunk, has a raked, vee’d windshield with arched eyebrows and lights the road with period Scintilla headlights. Also retained are the distinctive pedals which bear initials of their brilliant creator. This unique Voisin custom roadster is guaranteed to turn heads wherever it is shown or driven; there is certainly none other like it, and it is presented with the unique opportunity to rediscover its history, as well as an immense potential value held by such one-off creations. 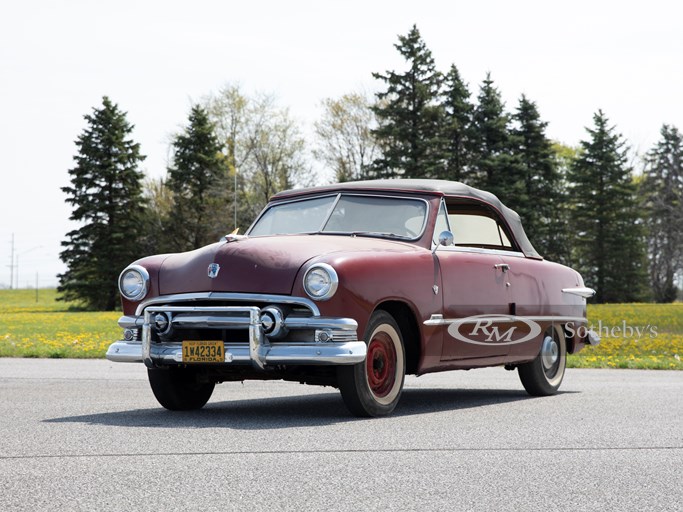 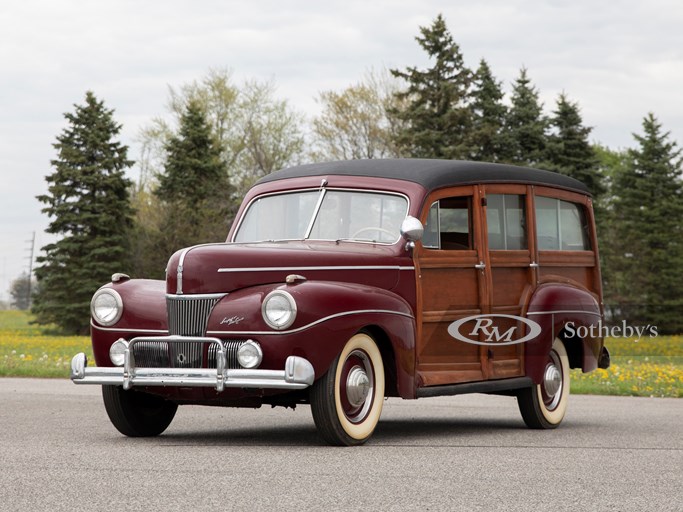