The Ferrari 612 Scaglietti, built to replace the 456 model and commemorate the legendary coachbuilder, Scaglietti, debuted in 2004 at the North American International Auto Show in Detroit, Michigan. Immediately, it was considered the premier V-12 grand tourer. The 612 was designed by Ken Okuyama and Frank Stephenson of Pininfarina.

Underneath its stylish body lies Ferrari’s 533-horsepower 5.7-liter V-12, which could be mated to a six-speed F1-style automated manual transmission or a six-speed manual. With an advertised top speed of 199 mph, the 612 Scaglietti not only afforded extreme performance, but also, supreme comfort.

This Scaglietti is finished in Argento Nürburgring over a Blu Scuro interior. A mixture of black and aluminum trim on the dash, along with the navy-blue interior and carpeting, present beautifully. It was delivered new on 30 May 2006 to its first owner in Massachusetts and has been with the current owner since January 2019.

The tires were replaced in July 2020 and the car underwent a major service in November 2020, totaling nearly $26,000 CAN. Over a five-week period, Ferrari of Ontario, performed the timing belt service and a four-wheel alignment, as well as replaced the fluids, filters, battery, alternator belt, reverse lever, driver’s door lock barrel, A/C compressor, upper and lower ball joints, tie rods, and tire-pressure sensors. The car has covered less than 300 miles since this service.

Having undergone a comprehensive service, this stunning homage to Scaglietti is a compelling candidate to be driven long distances at high speeds by its next custodian. 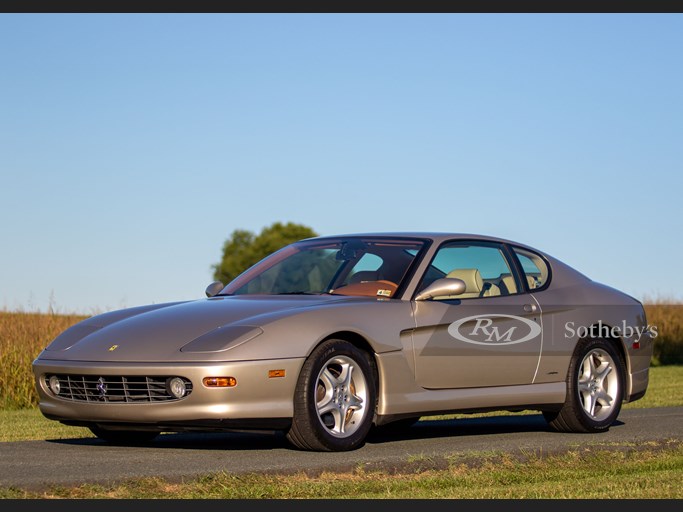