Mercedes-Benz debuted the prototype 190 SL at the 1954 New York Motor Show as the smaller alternative to the larger 300 SL. The 190 SL would prove to be a huge success over its production period from 1955-1963, outselling the 300 SL by a ratio of eight to one. The 190 SL was fitted with Mercedes-Benz’ new M121 type SOHC inline four-cylinder engine, paired with dual twin-choke Solex carburettors it had an output of 120 bhp at 5,700 rpm, with an acclaimed top speed of 107 mph. It was offered as a soft-top convertible for $3,998 or with a removable hardtop for $4,295.

This beautiful 1957 Mercedes-Benz 190 SL is finished in Strawberry Red with a tan convertible top and interior. It features a driver’s side mirror, colour-matched hub cabs, leather seats, including a third transverse rear passenger kinder seat, a glovebox-mounted clock, Becker Europa radio with Hirschman antenna, and a driver’s sun-visor.

It is believed that this Mercedes-Benz was originally manufactured for the US market and later imported to Belgium in the 1990s. The 190 SL was re-sprayed, from its original colour of white, as part of a restoration that took place over twenty years ago. The ‘mph’ speedometer and ‘psi’ oil pressure gauges have been swapped out for their metric equivalents, the car still retains its Fahrenheit temperature gauge and now displays a German fuel gauge. This car recently completed a 120 kilometer journey without issue. The exterior and interior of the vehicle have a fantastic patina that complement the elegant 1950s Mercedes-Benz styling.

Nicely equipped, and finished in the beautiful shade of Strawberry Red, this 190 SL is a charming example of Mercedes-Benz’s landmark sports car. 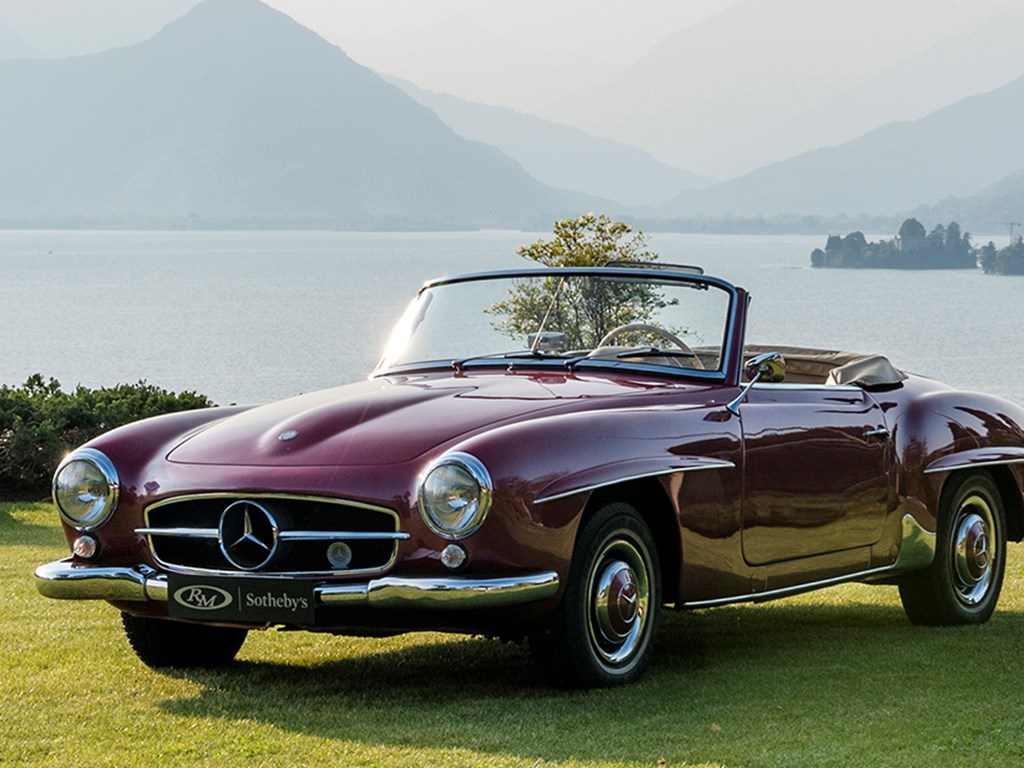