In the 1920s and early 1930s, as paved roads and access to affordable, reliable automobiles spread rapidly across the United States, so did the popularity of the travel trailer. But options were limited to either rudimentary tent trailers (literally a trailer with a built-in tent) or the opposite extreme of opulent custom-built “house cars.” In 1929, scientist and inventor Arthur G. Sherman of Detroit owned one from the former category, but when he took his family on a camping trip, he became frustrated with his fiddly, uninviting tent trailer. Upon their return, Sherman set to work designing an all new travel trailer for his family to enjoy. Designed to be a manageable size and weight for towing, it included many of the comforts of home cleverly packaged for maximum use of the space. His children lovingly dubbed it “the covered wagon.”

Sherman soon recognized there was a significant market for his design, so he rented a garage, hired some cabinet makers, and put his Covered Wagon travel trailer into production. The prototype shown at the Detroit Auto Show garnered an enthusiastic reception and orders soon followed, with 117 trailers sold by 1933. In 1934, that figure jumped to 320, which necessitated a move to a new factory in Mount Clemens, Michigan. The Covered Wagon Company continued as a sales leader, growing to over 500 employees and spawning an entire industry of copycat products and supporting accessories along the way. Subsequent iterations of the Covered Wagon ushered in electric brakes and a patented exterior skin of zinc-plated steel and plywood called “Shermanite.”

Unfortunately for Sherman, labor problems led to the undoing of the Covered Wagon Company, and after the switch to wartime production of truck bodies, travel trailer production never resumed. Despite the abrupt end of his business, today’s multi-billion-dollar camper and RV industry can thank Arthur G. Sherman and his humble yet revolutionary Covered Wagon for making the travel trailer an integral part of American culture.

One of a handful of known survivors, the 1934 Covered Wagon offered here is a charming throwback to the dawn of the recreational vehicle. Coming most recently from a significant collection of classic era motorcars and automobilia, it is believed that this trailer spent over 60 years with the second owner, who used it for his annual family pilgrimage to the Kentucky Derby. The exterior has been completely restored using correct leatherette materials and fireproof roof covering. The period-correct dark green leatherette exterior conjures images of fly-fishing adventures and camping in Yellowstone in the 1930s, and this trailer would not look out of place connected to anything from a V-8 Ford to a LaSalle of the era.

The interior is astonishingly original, complete with 1934-vintage linoleum floors, wooden cabinets, and window curtains. Details include period-correct food boxes and tins, maps, travel guides, and even a vintage radio. Factory-original fittings include the icebox, Readykook camp stove, heater, and the porcelain sink. While showers and toilets were optional extras on later models, this example requires one to perform those tasks au naturel.

Very few of these pioneering Michigan-built travel trailers remain in existence. The remarkable levels of authenticity and originality set this trailer apart from similar restored examples, and when paired with a period appropriate car or truck this Covered Wagon is sure to be a crowd-pleaser anywhere it is displayed. 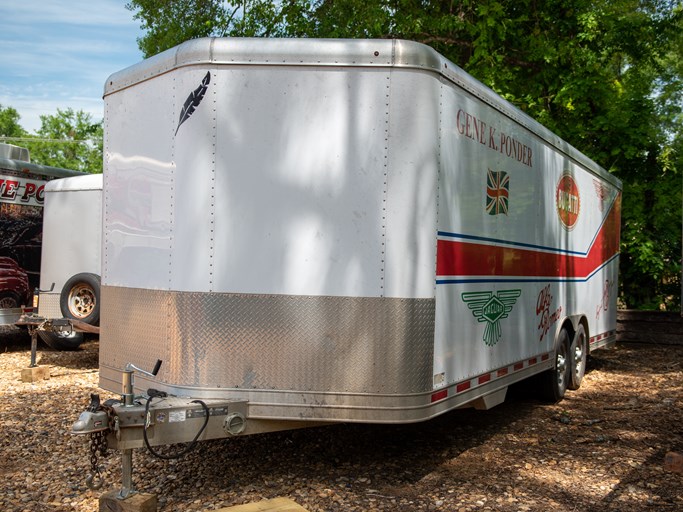 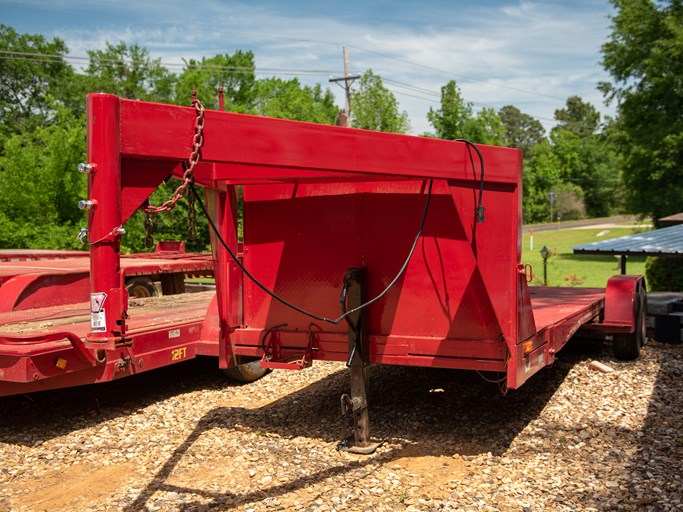