Engine No.
A99060
View Inspection Report
Please note that this lot is titled as a 1914.

Following his grudging departure from Oldsmobile, automotive pioneer Ransom E. Olds established the REO Motor Car Company in 1905. REO produced a range of high-quality cars, but its lasting fame was earned by its trucks. The hard-working vehicle it introduced in 1915 featured an open-backed body style (making it the forerunner of what we now call the pickup truck), while its pairing of a 27-horsepower external-valve four-cylinder engine and a three-speed transmission with relatively tall gearing made it capable of higher-than-average on-road speeds, inspiring its now-famous name: The REO Speed Wagon.

Discovered in a sorry state in 2015—missing its body, but with engine, transmission, and suspension present—this first-year Speed Wagon would serve as the blank canvas for a remarkable custom reminiscent of the Brass Era. Just as in the early days of motoring, when running chassis were purchased from automakers and bodied by coachbuilders for a specific client, the consignor of this REO approached The Creative Workshop of Dania Beach, Florida with the goal of building upon it a unique open tourer in the vintage style.

First, the Speed Wagon chassis was restored; REO’s high-quality engineering and construction was complimented by newly added features, including a chassis lubrication system. The car’s open touring body was created from scratch using traditional techniques, with hand-formed aluminum panels formed to fit a wood frame. The interior was then trimmed with diamond-tufted leather upholstery; acetylene headlamps complete the period-appropriate feel.

Work on the car was completed in spring 2017, after which it was transported to East Hampton, New York for the summer. It then returned to Florida, and it and was shown at the Boca Raton Concours d’Elegance the following year. Now offered for sale for the first time, this Speed Wagon special is accompanied by photos documenting its construction. It is a creation the likes of which Ransom E. Olds could have scarcely imagined—yet one he no doubt would have appreciated. 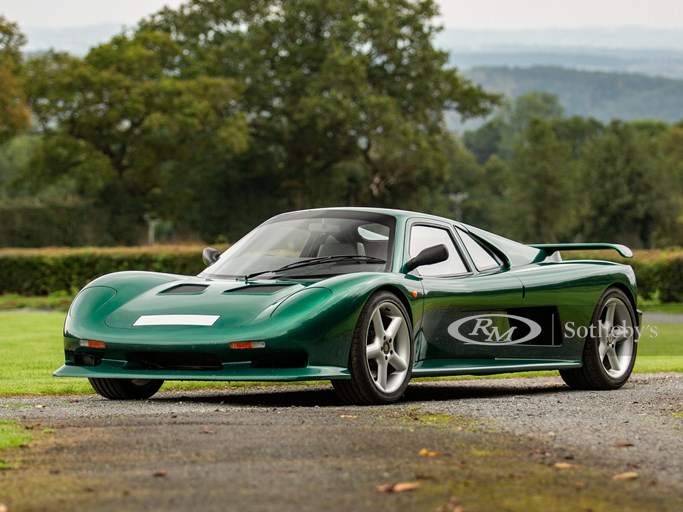