If the Mercedes-Benz 280 SE Coupe had an air of timelessness about it even when brand new, it was with good reason: This model was the final evolution of the important W111 line, which was first introduced in 1959, and it is generally considered to be the last of the truly hand-built Mercedes-Benzes. Each car started with a standard chassis which was then turned over to the specialized craftsmen, each meticulously completing their function within the build, furnishing the car with luxurious wood and leather interiors for the bankers, lawyers, and Hollywood stars who would queue up to own one.

This car, chassis number 111.026.12.003943, was built in 1971—the final year of production for the model. It benefits from a 197-hp, 3.5-liter V-8 engine (introduced in 1969), giving the heavy, luxurious car a respectable acceleration and a 130-mph stated top speed. A low, wide grille (dubbed the flachkühler, German for “flat cooler”) helped keep the V-8 cool while bringing the car’s styling up to date; it nicely compliments the car’s classic lines.

One of only 3,270 of the 280 SE 3.5 Coupes built from 1969 to 1971, this car is finished in Light Ivory exterior paint over a tan and beige interior. Options include a Becker radio, Behr air conditioning, and a floor-mounted console shifter for its four-speed automatic transmission. A high-quality steel power-operated sunroof was installed at a later date, with work performed to an excellent standard.

Initially delivered to a client in Los Angeles, this car is currently offered out of Southern California; a lifetime of care has resulted in in a well-preserved example of a noteworthy Mercedes-Benz model. It is offered with owner’s manuals, factory literature, two new chrome exhaust tips, and a spare tire. Desirable when new, this car ably demonstrates why the 280 SE 3.5 Coupe’s hand-built luxury appeal remains strong to this day. 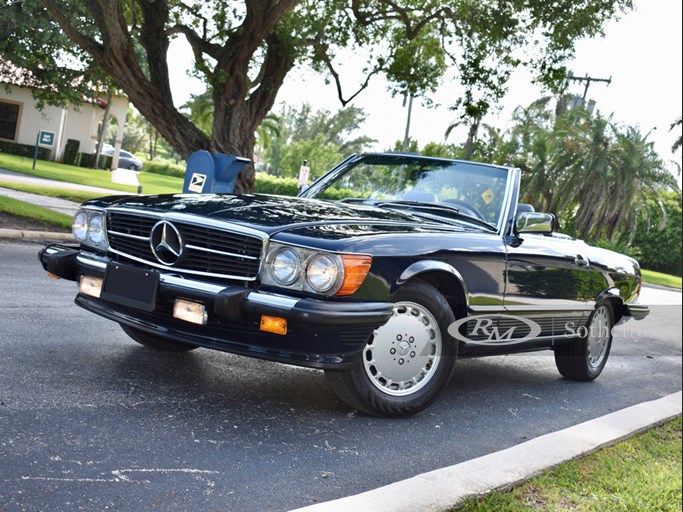