Register to bid Lot Inquiry
Chassis No.
Documents
ZHWGC8AJ4DLA12677
Canadian Registration
View History File
Addendum: Please note that this car can only be purchased by a Canadian-based resident or dealer. Refer to an RM Sotheby’s representative for additional information.

Making its public debut at the 2010 Los Angeles Auto Show, the Gallardo Spyder 570-4 Performante assumed the pinnacle of Lamborghini’s entry-level, mid-engine convertible lineup, offering the performance and handling upgrades of the vaunted Gallardo Supperleggera coupe in a drop-top body style. Lamborghini engineers shaved 143 pounds from the Gallardo Spyder using lightweight materials: The engine cover, optional rear spoiler, rear diffuser, parts of the underbody panels, and the mirror caps are made of carbon-fiber reinforced plastic (CFRP). On the interior, the center tunnel, gear selector trim, door panels, and seat shells are made of carbon fiber. The 19-inch wheels alone save nearly 29 pounds—not including further weight savings from the titanium wheel bearings and bolts.

Decoding the Italian super car’s name gives a clue as to its performance and handling capabilities: The LP stands for “longitudinale posteriori,” which means “longitudinal rear” and refers to the orientation of the 5.2-liter V-10 engine mounted longitudinally behind the driver. The number 570 indicates the engine’s power output in PS—metric equivalent of horsepower—while the number 4 designates the car’s rear-biased all-wheel drive system, which incorporates a central viscous coupling and a 45-percent limited slip differential on the rear axle. Lamborghini’s six-speed automated manual e-gear transmission shifts automatically or via paddles mounted to the steering column. The term “Performante” hints at the car’s truly athletic performance: 0 to 60 mph in 3.9 seconds and a top speed of 201 mph, according to Lamborghini.

The restyled front fascia and rear diffuser with quad tail pipes not only create a more aggressive look compared to the standard Gallardo, but also improve aerodynamics. The power-operated fabric top lowers in seconds to reveal an interior lined in Alcantara, a suede-like material prized in motorsports applications for its light weight and grippy texture. Although stripped of weight, the Gallardo Spyder 570-4 Performante is not stripped of features, with standard dual-zone climate control, multimedia navigation system, rear camera, and a lifting system that raises the front of the car to negotiate inclines and speed bumps.

This example was manufactured for the Canadian market and was first registered in Quebec. It is finished in Grigio Metallic over Nero Perseus with orange contrast stitching and orange brake calipers. The 19-inch wheels wear Pirelli P Zero Corsa tires. The digital odometer shows 608 kilometers (378 miles) at time of cataloguing. 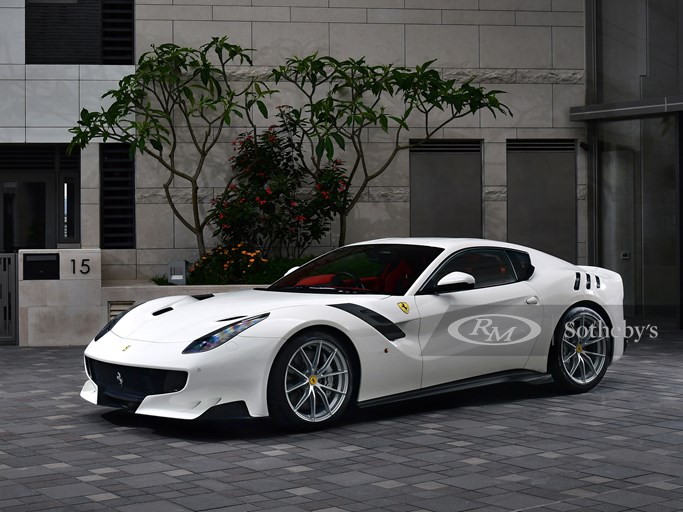 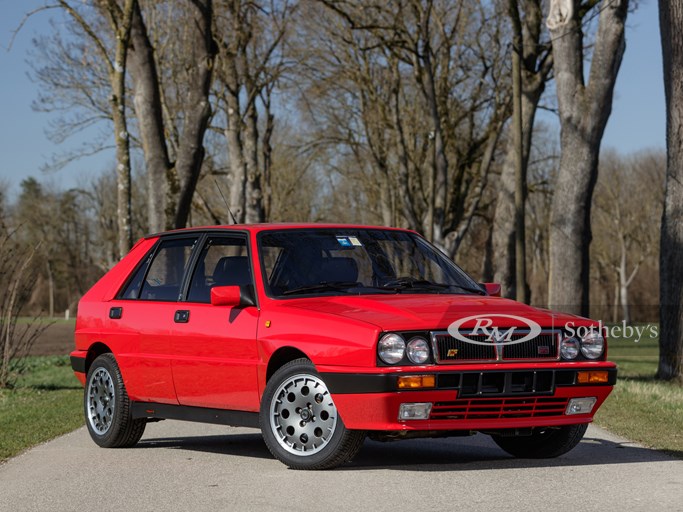