In 1952 a lightweight Nash-Healey piloted by Leslie Johnson and Tommy Wisdom took third overall at Le Mans behind a pair of factory supported Mercedes-Benz 300 SLs, and ahead of Briggs Cunningham’s C-4R and Luigi Chinetti’s Ferrari 340 America. The logical next step from the unlikely partnership between the U.S.-based Nash Motors Company and noted English car designer and rally driver Donald Healey was to capitalize on this remarkable Le Mans achievement by adding a new model dedicated to their racing success. The Le Mans coupe was introduced to the Nash-Healey lineup in 1953, joining the ranks alongside a beautiful roadster considered to be the first American production sports car when it arrived two years earlier. The Le Mans coupe utilized a Nash drivetrain made in Kenosha, Wisconsin and sent to England, where Healey modified and installed the engines in his rolling chassis before shipping to Italy for coachwork installation by famed Pinin Farina. By the time completed cars arrived back in the United States, they carried a list price of $6,399, making it one of the most expensive cars in its day—nearly $3,000 more than a contemporary Corvette. Recognizable for their unique grille design with inset headlights, the Le Mans Coupe and Roadster were similarly styled except for the coupes were 10 inches longer! Featuring one-year-only styling by Pinin Farina, only 62 Le Mans Coupes were produced for 1953.

This example, Pinin Farina body number 13542, retains its matching numbers engine and is thought to have been originally finished in brown. It is believed the previous owner acquired the car out of Pennsylvania in 1993 and soon started the restoration, which included repainting the car in red lacquer, reupholstering the interior in tan leather, refinishing the brightwork, and replacing the rear window with plexiglass. Engine modifications said to have been fitted in-period include finned aluminum valve covers, an exhaust header, and a magneto installed in place of the distributor—it should be noted that the tachometer is said to be inoperative due to replacement of the distributor and coil with the magneto. A new factory-style wiring harness was installed and the oil pressure guide was bypassed in favor of a Stewart Warner unit fitted under the dash.

Service within the past year is said to have included a valve adjustment, a rebuild of the water pump, cleaning the fuel system, fluid changes, and servicing the carburetors. A rare opportunity awaits the next owner to acquire a stylish grand touring car combining American sports and racing ancestry with British ingenuity and the Italian flair that only Pinin Farina can provide. 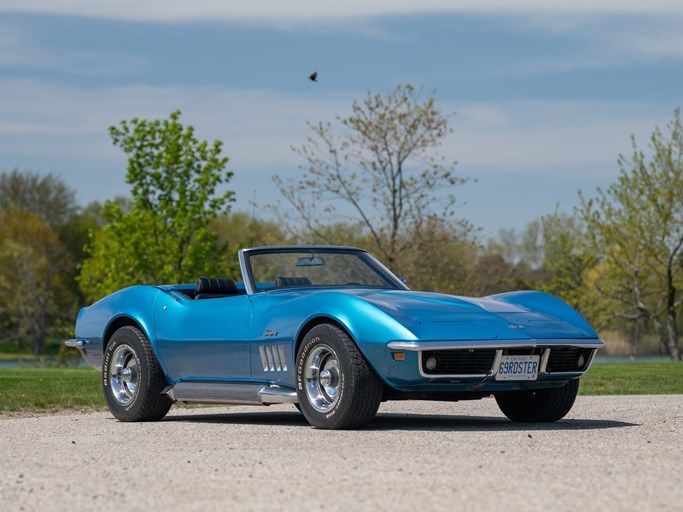 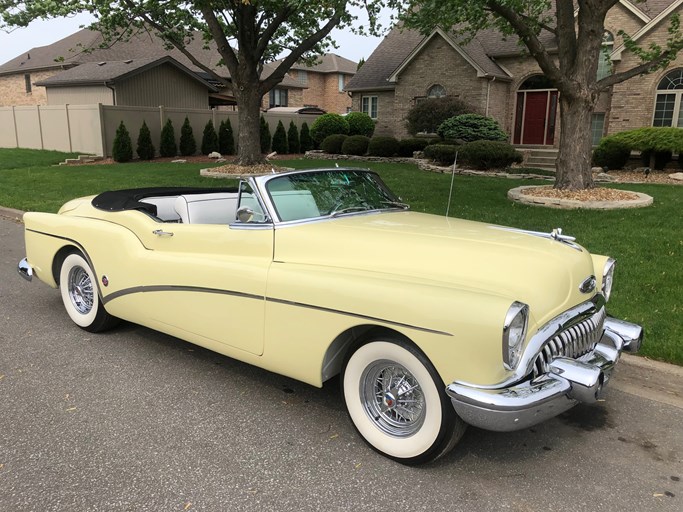