When discussing the finest Italian automobiles of the late 1960s and early 1970s, there are three cars that often rank as the most desirable: the Lamborghini Miura, the Ferrari 365 GTB/4 Daytona, and the Maserati Ghibli. Debuting two years before the Daytona, the Ghibli was first seen at the 1966 Turin Motor Show. Styled at Carrozzeria Ghia by Giorgetto Giugiaro and named after a wind in the Sahara Desert, the Ghibli rivaled the Ferrari Daytona for straight-line performance – its top speed was close to 275km/h (170mph). Boasting a long bonnet flowing into a sloped roofline punctuated by a wide-mouth grille and Maserati’s proudly displayed logo, the Ghibli was equal parts aggressive and sensual. Its design has stood the test of time and is still considered to be one of the most attractive Maseratis ever built.

According to Maserati Classiche’s records, this early Ghibli was completed assembly at Maserati's Modena workshops in November 1967. It was built to left hand drive specifications with the desirable ZF five-speed manual transmission and boasts a striking colour combination of Avorio Santa Anita paintwork (20Y306) over Black Connolly (1560) leather. Several aspects make this example notable as an early-production Ghibli, due to two brake calipers on the front brakes, a double thermostat in the engine bay, a “drop-down” tailgate, Smith’s gauges, Marchal headlamps, stainless steel trim on the dashboard, and Borrani wire wheels fitted with a central wheel lock.

Shortly after completion, it was shipped to Tacoma, Washington in the United States, and is believed to have spent the majority of its life in California. The car was then sold to an individual in the Netherlands in 1999 and was sold to an individual in Italy in 2013. There, the car was fully restored in its original colours from 2014-2015 and remained in Italy until 2019 before being purchased by the consignor. Today, the car remains in beautiful condition, having been well preserved following its restoration.

According to the consignor, the bodywork is said to be solid and extremely straight with the paint in wonderful condition. All panels fit properly, and the undercarriage is very neat and clean. Inside, its black leather upholstery provides a striking contrast to the paintwork, and the gauges and carpets are said to be in good condition. Finally, the car is said to drive great and handle perfectly. Importantly, the car is accompanied by a build specifications, a certificate of origin, and a delivery note from Maserati Classiche, as well as an impressive history file containing invoices and photographs from the restoration.

This Ghibli would certainly make an ideal entrant for regional concours d’elegance and Italian car shows or may be appreciated on the open road for the 4.7-litre engine’s smooth torque and muscular performance. One of the most stunning sports cars ever made, the Ghibli was a worthy rival for the Ferrari Daytona and represents exceptional value for money today, just as it did forty years ago. 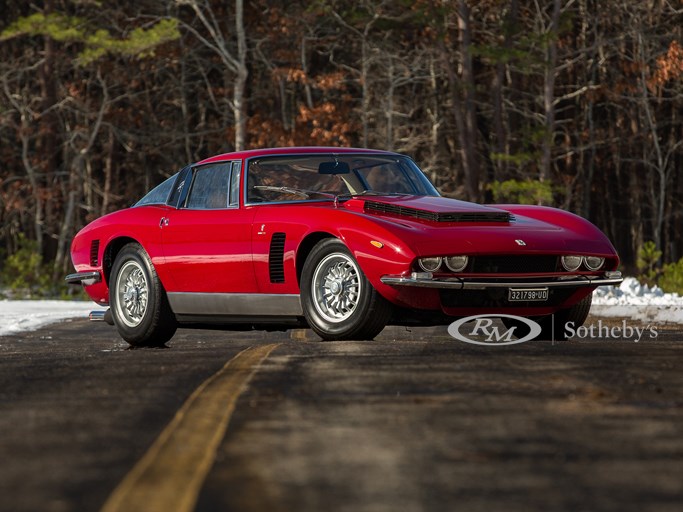