Introduced at the 1967 Paris Motor Show, it was for good reason that Road & Track dubbed the Ferrari 365 GT 2+2 the “Queen Mother” of Ferraris: A triple-Weber-carbureted 4.4-liter V-12 mated to a five-speed manual transmission provided the performance to which Ferrari clients were accustomed, but the chassis also incorporated independent rear suspension, a limited-slip differential and a hydropneumatic leveling system—along with comfort and luxury refinements such as power steering and air conditioning. All of this was wrapped in sweeping, streamlined Pininfarina bodywork that drew inspiration from both the 500 Superfast and the 365 California.

It is hardly surprising that this grand tourer proved a success for Ferrari, with approximately 809 built between 1967 and 1971. This example, chassis number 13471, was delivered in August 1970 and sold new through the Paris, France dealership of Charles Pozzi. It was originally finished in Oro Kelso over a Pelle Nera interior.

Since the 1980s, chassis 13471 has been cared for by a series of dedicated North American enthusiasts. According to information found in Ferrari Market Letter, the car was purchased in 1987 by Dick McClure, a Stockton, California based collector, from Leonard Blaylock III of Houston, Texas. Mr. McClure restored the Ferrari and rebuilt the engine over the next six years with the help of Patrick Ottis, a highly regarded Ferrari mechanic, and Geoff Ohland. It was at this point that the car was repainted in Nero, reportedly to show off the quality of its bodywork, while retaining its Pelle Nera interior. He then showed it at Concorso Italiano and other venues, enjoying select road rallies along the way.

The Ferrari’s next caretaker, who acquired the car in 2010, continued its exacting maintenance regimen. Notably, he commissioned Florida-based Ferrari mechanic Greg Jones to rebuild the transmission and service the clutch cable, replace the worn camshafts with new units from Megacycle Cams and overhaul other valvetrain components, repair the exhaust system, and undertake numerous other mechanical and cosmetic tasks (detailed in service invoices on file). Further, he sourced its present Borrani wire wheels, and obtained a tool roll, owner’s manual, and period-correct Blaupunkt radio. It was also fitted with a pair of transparent headlight covers, enhancing the car’s sleek lines; this feature was not offered on American-market cars of the era owing to federal regulations.

Submitted to Ferrari Classiche for certification, chassis 13471 received its Certificate of Authenticity in June 2013; the Ferrari Red Book and certificate accompany the sale. Following this process, it was regularly exercised—including participation in the Going to the Sun Rally, a western rally. Its owner at the time noted that the car performed well during this 1,200-mile high-speed event, for which a powerful, comfortable GT such as this is admirably suited. The consignor, who has owned the car since 2016, echoes this; he states that it that has needed only routine oil changes while under his care.

A truly classic grand tourer, this 1970 Ferrari 365 GT 2+2 has benefitted from the attention of a series of notable Ferrari specialists and has been maintained and driven by dedicated enthusiasts. Its next owner is sure to appreciate its appealing blend of vintage style, performance, and comfort on voyages both long and short. It is accompanied by Ferrari Classiche documentation and a Ferrari Certificate of Authenticity, a history file including service records dating back to 1987, as well as manuals, a tool roll, and a jack. 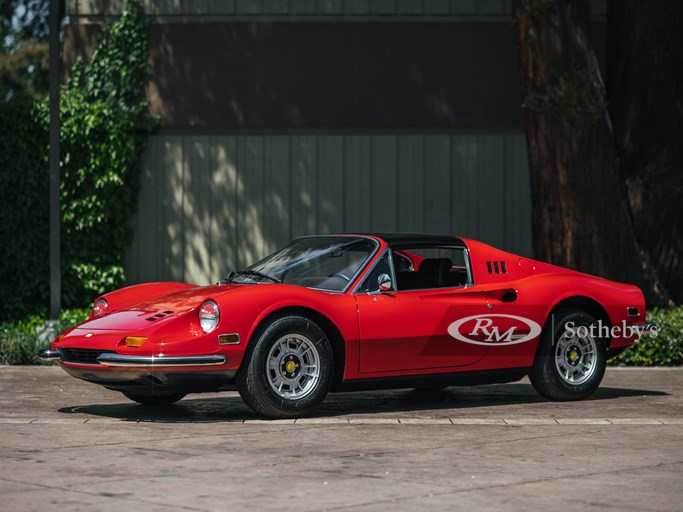