Breaking convention in 1960, Ferrari unveiled a new “2+2” version of its vaunted 250 model at the 24 Hours of Le Mans endurance race. Named the 250 GTE 2+2, this luxurious grand tourer featured a larger interior with a small rear seat. It is significant for being the first four-seater Ferrari produced on a large scale. The car launched with the company’s new “Tipo 128F” 3.0-litre V-12 engine. Production spanned 1960 to 1963, with an updated version launching every 12 months. According to marque expert Marcel Massini, just 355 examples of the so-called Series II model, produced from 1961 through 1962, left the Maranello factory.

This 250 GTE 2+2, number 336 of 355, was completed by the factory on 19 December 1962 and is one of the final 20 Series II models produced. Delivered new in an exterior colour of “Rosso 20200” over a Beige Connolly leather interior, this Ferrari was supplied to Luigi Chinetti Motors of New York, U.S.A.—Ferrari’s main New York dealer at the time—in January 1963 and was sold to its first owner that same year.

For the following 40 years, the history of chassis number 4047 is largely unknown. However, in August 2003, an advertisement in the Ferrari Market Letter indicated that this 250 GTE remained on the road. When advertised, it was owned by Wayne Sparling of Alva, Florida, the former crew chief, master mechanic, and racing driver for Ferrari’s North American Racing Team (NART), spearheaded by the aforementioned Chinetti. The car was noted as having a black interior, bonnet scoop, and a four-speed manual transmission with overdrive.

Chassis number 4047 was sold in March 2004 and later registered in New Hampshire. In August 2006, it was sold by Fantasy Junction of Emeryville, California, to the incumbent owner, who has retained the vehicle since. In the Fantasy Junction advertisement, the Ferrari was described as having a “special hood scoop, unique ribbed plastic steering wheel, three-gill side vents, and the license plate bracket inset into the rear bumper".

While parts of its history are unknown, this 250 GTE 2+2 does retain its matching-numbers engine and is presented in attractive configuration. The car is offered with a Massini report, copies of a former U.S. title, and the Fantasy Junction advertisement from July 2006.

This 1962 Ferrari 250 GTE 2+2 Series II, which was featured in the Winter 2021 edition of the Ferrari Market Newsletter, presents an excellent opportunity to acquire a desirable late-model example with a matching-numbers engine and unique features. 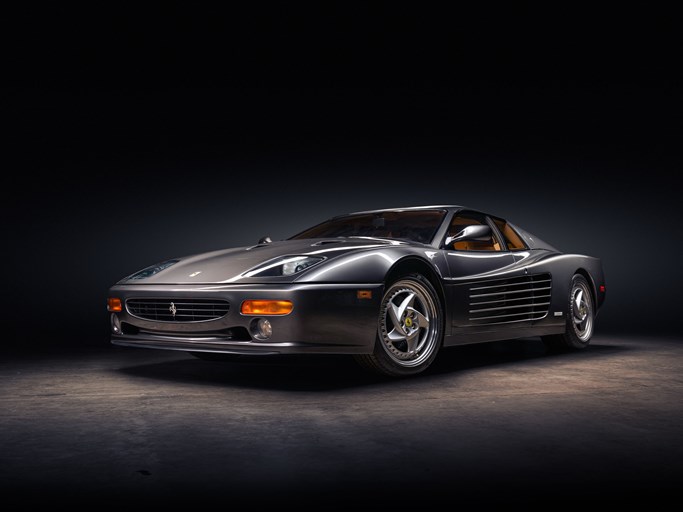