The Buick Century Caballero Estate Wagon lasted on the market for just two years, from 1957 to 1958, before being discontinued. For that brief period, however, it offered some of the most dramatic styling ever seen on a Detroit-built wagon, with a four-door pillarless hardtop body, tailfins, and eye-catching two-tone paint. Each year featured substantially different trim and exterior treatments, making examples such as this 1957 Caballero an even rarer and more distinctive sight.

According to the consignor, this striking Caballero was restored in 2012 under previous ownership by the late Mike Fennel of Saugas, California. Select custom touches were incorporated into the build, enhancing the Buick’s already striking appearance; finished in a custom teal and white paint scheme, it is subtly lowered, and door handles have been shaved; hood and tailgate badging has been deleted, leaving only the “Caballero” script on the rear doors.

Echoing the exterior, the air-conditioned interior features white bench seats with teal piping. The Caballero’s intricate dashboard has been retained, but is enhanced with engine-turned detailing, while the later-model steering wheel and column are finished in complimentary colors.

Said to have been driven very little since the completion of its restoration, this 1957 Buick Caballero Estate Wagon is accompanied by service and maintenance documentation from 2015-2018. With carefully considered custom elements enhancing an already rare and compelling Midcentury Buick, it represents a unique opportunity to cruise in style. 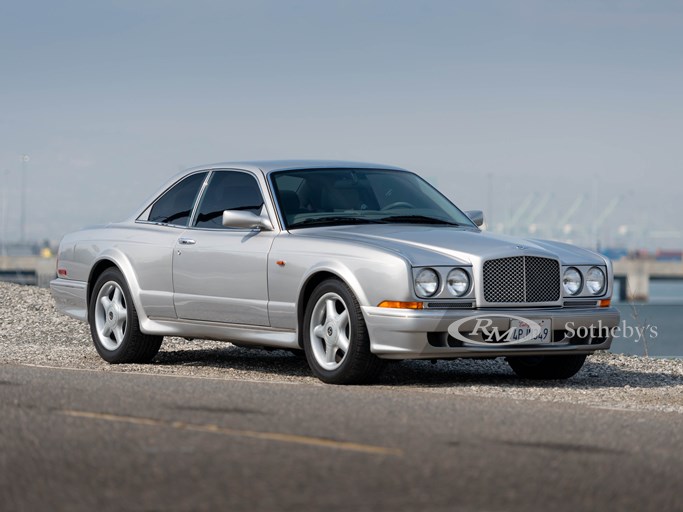