In 1955, the long-awaited Rolls-Royce Silver Cloud and its sibling, the Bentley “S” model, were introduced. Vastly different from the former models, the Silver Dawn and R-Type, the Silver Cloud I was the last series to be powered by the ever-reliable inline six-cylinder F-head engine. The new standard steel saloon was delightfully proportioned, elegant, and cost far less than a coachbuilt car, and thus, outsold those coachbuilt examples 100 to one.

Early Silver Cloud I engine compression ratio was 6.6:1, but later Silver Cloud I models, and all models built for the North American market, such as this rare example, were built with an 8:1 ratio. This was the final configuration of the torquey, smooth, and powerful six-cylinder inline engine originally fitted to the venerable Silver Ghost. The General Motors Hydra-Matic automatic transmission, now standard with the Silver Cloud, was extremely well built, reliable, and was married to a servo-boost system to enhance braking. Specialists frequently remark that this is the ideal configuration of the early post-war models.

Although the highly popular new pressed steel body was in demand, there remained a steady, albeit small, market for unique customized bodies. Rolls-Royce records show 2,238 Silver Cloud models were built between 1955 and 1959, but only a few were bodied like this example, with custom coachwork. The special-order rolling chassis were sent to one of the few remaining coachbuilding firms, and when complete, the Company supervised final testing before delivery to the new owner. Open coach-built designs, like this H.J. Mulliner example, are much higher valued than the standard steel saloon cars. Always a hallmark of bespoke design and exceptional quality, recent Rolls-Royce and Bentley motor cars have been offered in a variety of “Mulliner” editions.

H.J. Mulliner fitted several convertible designs onto Rolls-Royce Silver Cloud chassis, but their most popular was the car offered here, design 7504, a factory-modified standard steel saloon, re-fabricated into a two-door drophead coupe configuration. Introduced at the New York Auto Show in April 1959, the new design was wildly popular in the American market, therefore most of the models were built with left-hand drive for export to the U.S. The accepted term used by H. J. Mulliner for this Design 7504 is “Adaptation,” as the coachbuilder adapted the standard steel saloon into a convertible, then fitting two doors in place of four, creating the most popular body style H.J. Mulliner ever conceived. Only 13 examples were created, of which 10 were produced in left-hand drive configuration, this example being the 4th completed.

This charming original example was built to special order for first owner George Baekeland of Southport, Connecticut. Mr. Baekeland’s father, Leo Baekeland, was the inventor of the first synthesized plastic, “Bakelite,” often used in Rolls-Royce components. Original order documents include such minute detail as “ . . . cold weather shields over the door locks . . . .” The list of special details fills one complete page. Ted Mintz, also from Connecticut, and former President of the Rolls-Royce Owners’ Club, added the car to his collection in 1976. He brought it to RROC events and meets throughout the 1970s and ’80s, winning numerous awards. The car later became part of the renowned Blackhawk Collection in Danville, California.

Some five years ago, the Silver Cloud was repainted in its original color of Morris Beige, a butterscotch color. At that time, all major chrome was re-plated to show-quality standards. The interior was subsequently re-trimmed in its original beige Connolly hides by Rolls-Royce specialists, Vantage Motorworks. However, in the Spring of 2019, the car changed hands and the new owners decided that the work was not up to their expectations and that it was in need of a color change. The Rolls-Royce was sent back to the Rolls-Royce specialists at Vantage Motorworks in late March. The body was stripped and refinished in the very attractive shade of Alice Blue. A new dark blue Everflex convertible top was fitted with light blue broadcloth headliner. The interior was retrimmed in a special blue Connolly leather hide interior, with new Wilton carpets. The wood trim was removed stripped and re-stained to compliment the new interior shade. Furthermore, the brake system was completely overhauled, along with the steering, and suspension system. The engine was also disassembled, checked for tolerances, and received a valve job and a new set of gaskets. The gearbox was exhibiting excessive wear and was completely overhauled. Lastly, four new tires were mounted on trued wheels, with the wheel covers repaired of any nicks. The restoration was completed in August 2019, documented by invoices on file. In total, nearly $310,000 was spent bringing the car to its spectacular presentation today. 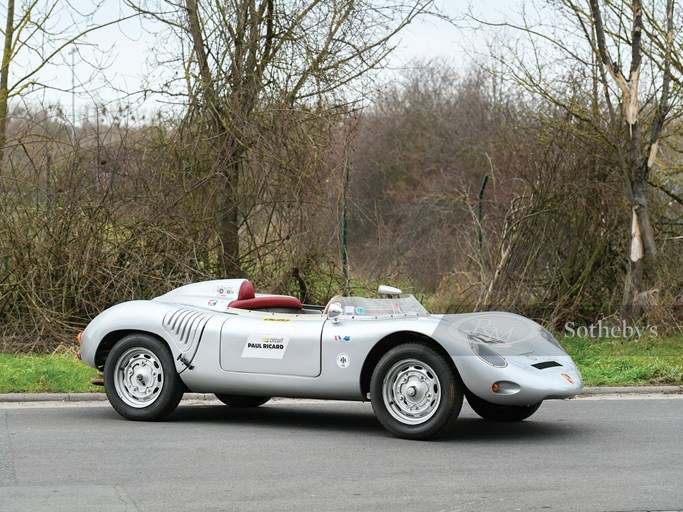 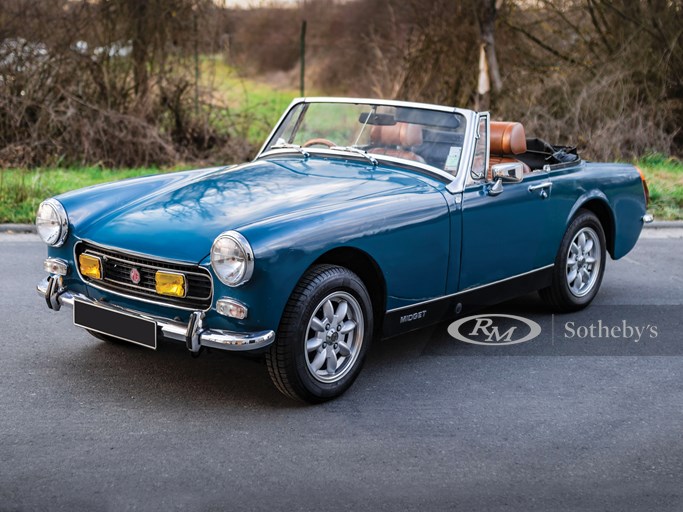 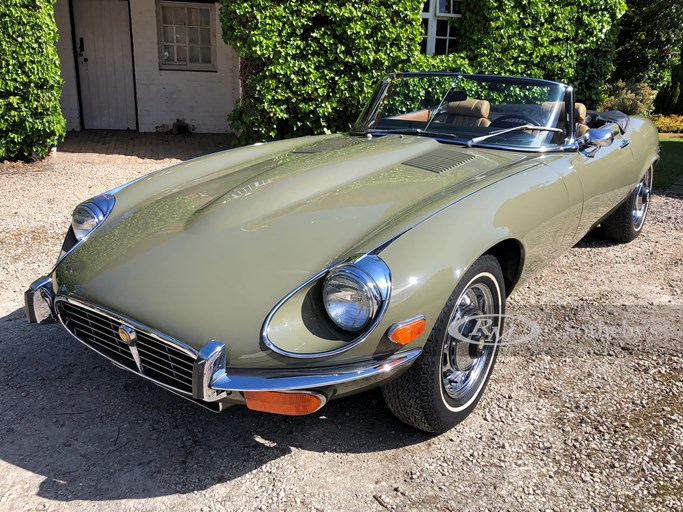