Introduced at the Olympia Motor Show of 1931, the SS 1 was the second production model built by the company that would become Jaguar, and the first car to be completely designed by the revered William Lyons. Featuring a six-cylinder engine, the design underwent continuous revision over the next several years, and new body styles were gradually added to the line, including an especially sleek tourer with cut-down doors. The design was noted for the robust quality of its engineering and the strength of its construction, as well as for introducing the 106-mm stroke that would be employed by all Jaguar six-cylinder engines well into the 1980s. An underslung chassis allowed for especially sleek lines, accentuated by sweeping fenders of the type that would become famous on the subsequent SS 100 model.

The SS 1 offered here was completely restored over a period of several years, at a documented cost of well over $350,000 AUD. With the goal of making a superb road performer, the engine was fitted with a 3½-Litre crank, new connecting rods, and pistons, boosting the displacement nearer to 3-liters, accompanied by new sand-cast carburetors with Teflon-coated slides and larger jets to accommodate the increased displacement. The result of the driveline was also rebuilt and adjusted for touring, and new knock-offs fitted to the chrome wire wheels.

Driven fewer than 1,300 miles since restoration, the SS 1 has participated three times in the Victorian Jaguar Concours d’Elegance (2007, 2009, 2010) and thrice in the Australian Jaguar National Rally (2008, 2010, 2015). Outright winner of the Concours d’Elegance at the 39th Rally, it was, according to the owner, judged 100% authentic by the Australian Council of Jaguar Clubs. Further it was described in the international edition of E-Type Magazine as “a magnificent 1934 SS 1 2-door.” It remains in superb overall condition and is accompanied by a tonneau cover and side curtains, as well as manuals, wheel and hand tools, tire pump, lubrication chart, and an accounting of the restoration work. 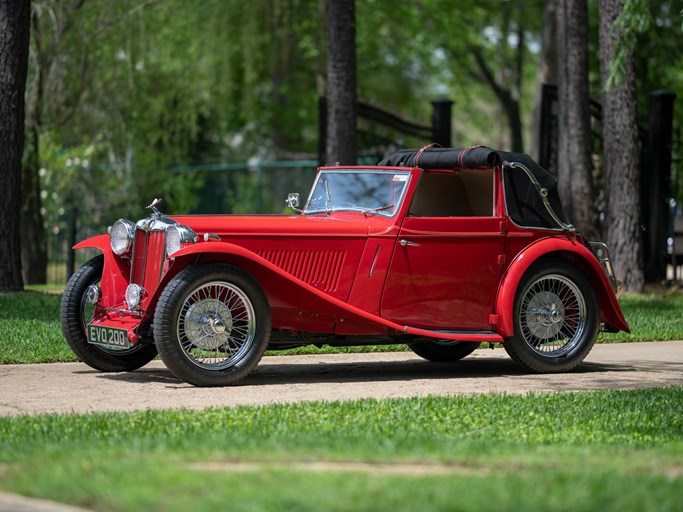