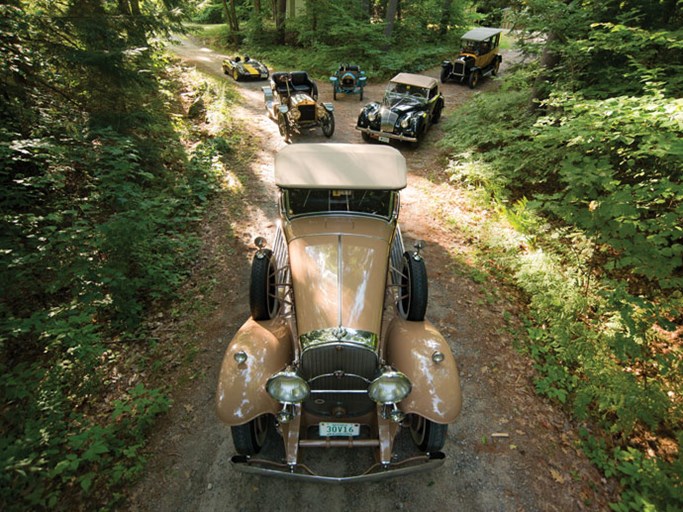 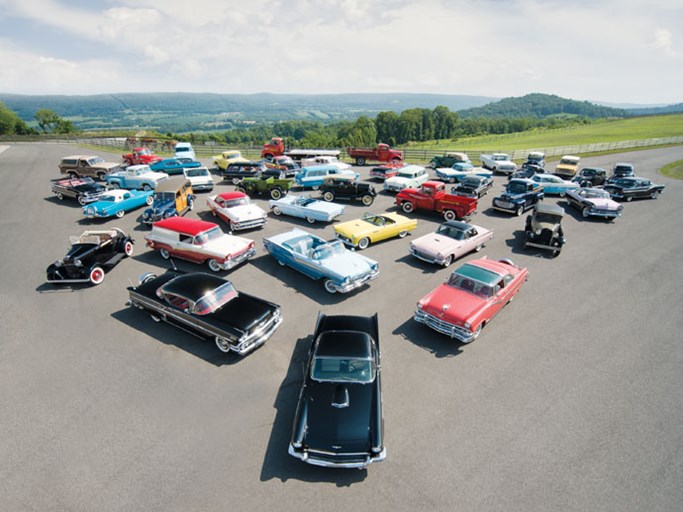 BLENHEIM, Ontario (September 5, 2014) –  RM Auctions will reaffirm its reputation as the specialist for private collections, October 9 – 10, when it lifts the gavel on two prominent North American collections at its annual Hershey, Pennsylvania sale. Celebrating the passions and collecting philosophies of John Moir Jr. and Jeffrey Day, the two collections lead an impressive roster of more than 160 automobiles, two boats and select memorabilia slated for the RM Hershey podium.

“RM’s presentation of private collections is second to none, both as standalone, single-vendor sales and as feature attractions at our annual catalogue events. We’re honored to offer the Cars of John Moir and the Jeffrey Day Collection without reserve at our upcoming Hershey sale,” says Gord Duff, Car Specialist, RM Auctions. “Each group represents decades of careful acquisition and we’re delighted to have the privilege to present such prized possessions. There is no better place to offer the John Moir and Jeffrey Day Collections than Hershey, a destination that is well-known and supported by both collectors.”

It may have been the eclectic A-to-Z Collection that brought John Moir Jr. to the top tier of the car collecting community, but like many other enthusiasts, he did not stop there. Beyond the alphabet collection, The Cars of John Moir include an AC Cars ‘Master Class’ representing landmark models from one of the world’s oldest manufacturers. Arguably one of the largest and most notable collections of its kind, the group is led by prime examples of both the Ace and Aceca, including a 1958 AC Ace-Bristol (Est. $225,000 - $300,000) and a 1958 AC Aceca-Bristol (Est. $175,000 - $250,000). The offering is rounded out by several Moir family vehicles of great sentimental value, including John’s first car, a 1950 AC 2-Litre Buckland Sports Tourer, his father’s first car, a 1911 Brasier 11/15 HP Runabout, and his wife’s second car, a 1963 Studebaker Avanti, each purchased new by the Moirs.

“John Moir’s journey is unique among the collectors I’ve known. A towering figure in the AACA world and beyond, he is a modest New Englander at heart, brought up to respect family history and fine machinery,” says Don Rose, Car Specialist, RM Auctions. “Filling out the alphabet (the A-to-Z Collection) was not merely a conceptual exercise. Although it highlights a connoisseur’s taste for the unusual, each has a story, as well as engineering that resonated with John. We are honored to be working with him as he prepares to offer one of his life’s great passions to the world.”

In addition to the Moir Collection, RM’s upcoming Hershey sale will present a selection of 50 vehicles from the respected Jeffrey Day Collection. Largely amassed over 15 years, the Day Collection is comprised of ‘best of category’ examples from the Ford Motor Company and features some of the finest restored examples in existence. From a 1930 Ford Model A Pickup to a 1969 Ford Mustang Mach 1 ‘Cobra Jet’ and everything in between, each car in the collection is presented in excellent running order and has been carefully maintained, with many recipients of authentic, ground-up restorations. Highlights include a striking, concours-quality 1956 Ford Fairlane Crown Victoria Skyliner, one of the most highly-optioned glass-top examples, including factory air-conditioning (Est. $80,000 - $110,000), along with a trio of Thunderbirds including a charming 1957 Ford Thunderbird ‘E-Code’, one of the first 50 E-Codes built and recipient of a nut-and-bolt restoration (Est. $100,000 - $125,000).

The collection also includes several vehicles in long-term ownership with the Day family, including an almost entirely original 1959 Mercury Park Lane Convertible, purchased new by Mr. Day’s father more than half a century ago; a rare, two-door 1930 Ford Model A DeLuxe Phaeton, a part of the collection since the 1970s; and an 1860 Abbott Downing Stagecoach, one of three horse-drawn carriages in the collection, and owned by Mr. Day since 1971.

The two collections will appear as headliners at RM’s Hershey Lodge sale, October 9 – 10. A popular fixture on the global collector car calendar, the auction is a featured attraction of the AACA Eastern Division Fall meet. RM’s participation in meet week festivities will again extend to Night at the Museum, a fundraising gala supporting the AACA group of families and its mission to preserve automotive history; the October 8 function also serves as the grand opening of the Cammack Tucker Gallery, the world’s largest collection of Tucker automobiles, engines and other memorabilia.

For further information on RM’s Hershey sale, or to view a frequently updated list of entries, please visit www.rmauctions.com or call toll free 1 800 211 4371 (or +1 519 352 4575 outside North America). For further details and ticket information for Night at the Museum, visit nightatthemuseum.org.