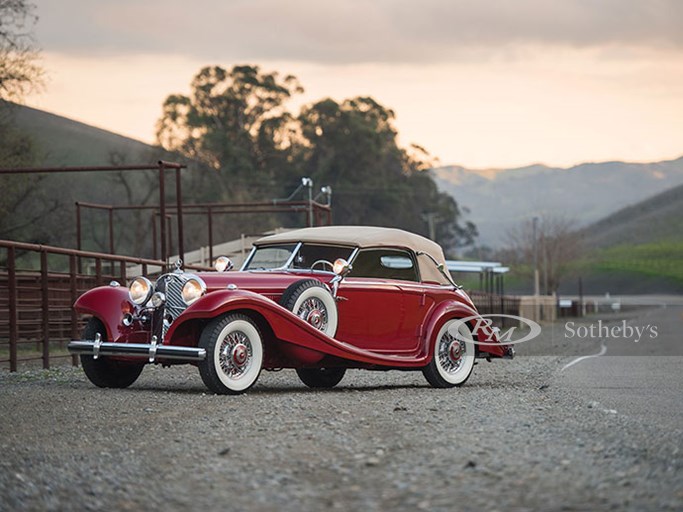 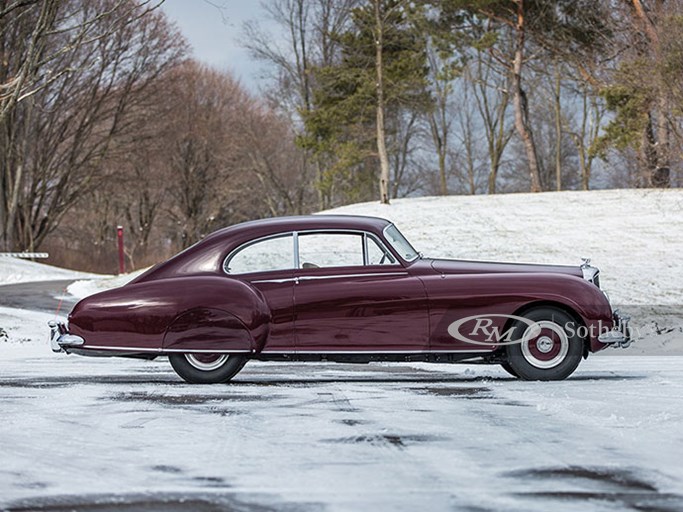 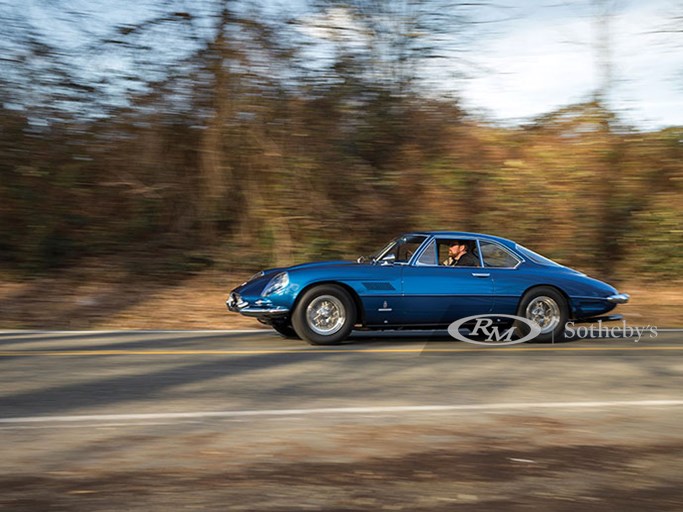 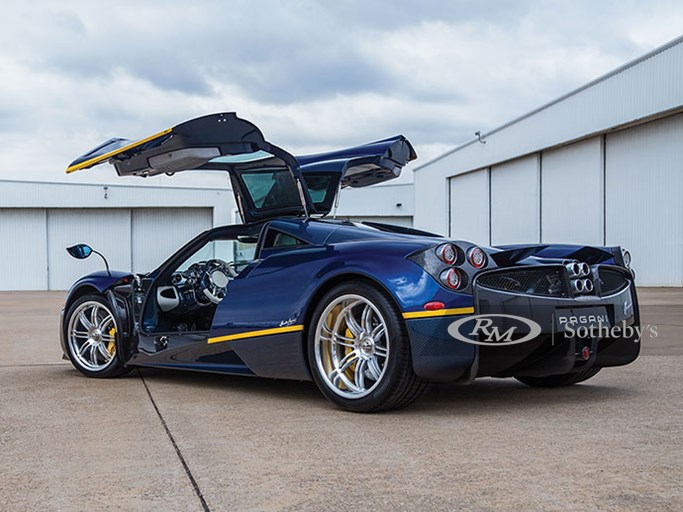 BLENHEIM, Ontario (18 February, 2016) –  RM Sotheby’s, the world’s largest collector car auction house for investment-quality automobiles, will celebrate its 18th annual sale at the Amelia Island Concours d’Elegance next month by lifting the gavel on more than 90 show-stopping automobiles.  The carefully curated roster—a group comfortably spanning over a century of automotive styling and design—is highlighted by a number of vehicles that are no strangers to the spotlight, whether originally displayed on the motor show circuit, or included in the winner’s circle at some of the world’s most prestigious concours events—Amelia Island included.

“For the collector car community, March is synonymous with the Amelia Island Concours d’Elegance weekend. We’re proud to not only be the official auction house of the event, but also one of its longest running sponsors,” says Gord Duff, Car Specialist, RM Sotheby’s. “Last year’s event was certainly one for the books, launching our new partnership with Sotheby’s in spectacular fashion. 12 months on, we’ve assembled another fantastic group of automobiles with an emphasis on fresh-to-the-market, exquisitely restored examples – a great fit for the concours setting.”

Top billing at this year’s RM sale goes to a 1939 Mercedes-Benz 540 K Spezial Cabriolet A, chassis no. 408371; a special one-off design that combines breathtaking lines with an exceptional provenance, highlighted by former ownership by some of the most famous names in the hobby. The earliest known post-war owner of this 540 K was American operatic tenor James Melton, widely considered as the best-known American car collector of the time.  A cherished part of Melton’s collection, it is understood the Cabriolet A was regularly and extensively used by Melton, who lovingly recounted his adventures with his ‘supercharged beast’ in his 1954 autobiography, Bright Wheels Rolling. Reflective of the car’s importance in his life, even as Melton began selling his collection in the 1950s, the 540 K remained; one of the final cars in his stable, it was only sold shortly before his passing in 1961. The next renowned collector in this 540 K’s illustrious history was none other than Otis Chandler, who promptly commissioned an expert restoration, debuting the work to ‘Best of Show’ honors at the 1973 Pebble Beach Concours d’Elegance. The featured Mercedes-Benz later passed through the hands of other distinguished owners, including Axel Wars and General William Lyon, prior to landing with the current vendor two decades ago. Eye-catching in bright scarlet with tan leather upholstery and a tan cloth top, it comes to Amelia Island as the only known example of its type, certain to command strong attention from the world’s most discerning collectors (Est. $3,000,000 - $4,000,000).

Jonathan Sierakowski, Car Specialist, RM Sotheby’s comments: “This car has all that a superb automobile should have: memorable lines, superb engineering and abundant power. Add in its exceptional ownership chain and its bevy of special one-off features, from the raked vee’d windshield to the louvered front hood, special fitted luggage and the five-speed transmission, a feature only seen on the later examples, and it can be rightfully considered one of the most superlative and unique 540 Ks.”

Fast-forward to the 1950s and RM’s Amelia Island catalogue includes a truly stunning 1954 Bentley R-Type Continental Fastback Sports Saloon, chassis no. BC2LD. Arguably the ultimate R-Type Continental, this magnificent example is completed in the most desirable configuration of factory LHD, 4.9-liter engine, center-shift transmission and the famous “seats and spats”.  Completed on August 21, 1954, the featured R-Type was shipped from London to New York aboard the SS American Producer and promptly sold to its original owner, Mary Thurston Horn, a member of one of New York’s oldest families. Just four private owners from new, it was acquired by its current enthusiast owner in 2009 and promptly restored – the caliber of work honored with a ‘Best in Class’ at Amelia Island in 2010. Frequently driven and enjoyed since, it combines all that the knowledgeable buyer seeks: the best possible options and equipment, the most powerful engine, an iconic body style, known history with only a few careful keepers, and a well-maintained restoration, ranking it among the most sought-after Continentals to come to market in recent years (Est. $1,200,000 - $1,400,000).

Other superlative automobiles slated for the March 12 sale include the well-known 1911 Rolls-Royce 40/50 HP Silver Ghost Tourer, chassis no. 1544, and the 1962 Ferrari 400 Superamerica LWB Coupe Aerodinamico, chassis no. 3949 SA. For Rolls-Royce enthusiasts, the 1911 Rolls-Royce 40/50 HP Silver Ghost Tourer is surely one of the most significant “parallel bonnet” Silver Ghosts offered in recent memory. An extraordinary example with attractive open coachwork, it is especially noteworthy as an exceptionally pure car—one of approximately only 20 surviving examples sporting their original body, engine and chassis—and enjoys a thoroughly documented provenance, restoration and show history, including accolades in both AACA National and Rolls-Royce Owners Club competition. It comes to Amelia Island following two decades in single ownership (Est. $2,500,000 - $3,500,000). The 1962 Ferrari 400 Superamerica LWB Coupe Aerodinamico leads a group of no less than 13 Ferraris included in the Amelia Island catalogue. A factory covered-headlamp example with numerous special-order features, the car on offer was the 1962 Turin Automobile Show Car, and like aforementioned feature cars, boasts a well-known, limited ownership. It was originally delivered new to American sportsman Erwin Goldschmidt, who specified many one-off characteristics, remaining in the family’s care through 2003. Acquired by the vendor in 2012, it has been freshly restored and comes to auction as not only a one-of-a-kind masterpiece, but one of the most significant 400 Superamericas extant (Est. $2,700,000 - $3,300,000).

True to RM form, the Amelia Island sale features wonderful breadth, with entries spanning the spectrum of the market. Additional standout lots include:

In addition to its traditional automobile offering, RM Sotheby’s is proud to support the fundraising initiatives of the Amelia Island Concours d’Elegance via the presentation of a series of charity lots at the start of its March 12 auction. From a pair of children’s cars, including 1956 Bimbo Racer 12V, to an exclusive Monaco Grand Prix F1 experience and a General Motors Design Center Experience, proceeds from the sale of these select lots will benefit Spina Bifida of Jacksonville.

About the Amelia Island Concours d’Elegance

Winner of Octane Magazine’s 2013 International Historic Motoring Event of the year, the Amelia Island Concours d'Elegance is among the top automotive events in the world. Always held the second full weekend in March, "The Amelia" draws over 300 rare vehicles from collections around the world to The Golf Club of Amelia Island and The Ritz-Carlton, Amelia Island, for a celebration of the automobile like no other. Since 1996, the show's foundation has donated over $2.75 million to Community Hospice of Northeast Florida, Inc., Spina Bifida of Jacksonville and other deserving charities on Florida's First Coast. The 21st annual Amelia Island Concours d'Elegance is scheduled for March 13–15, 2016. For more information, visit www.ameliaconcours.org or call + 1 904 636 0027