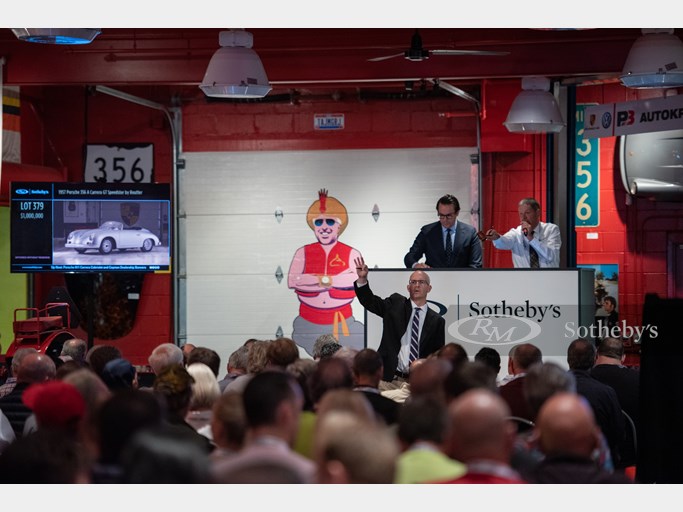 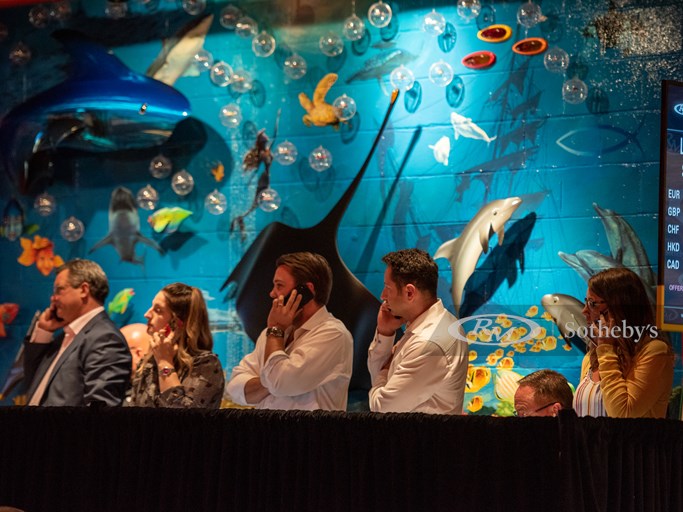 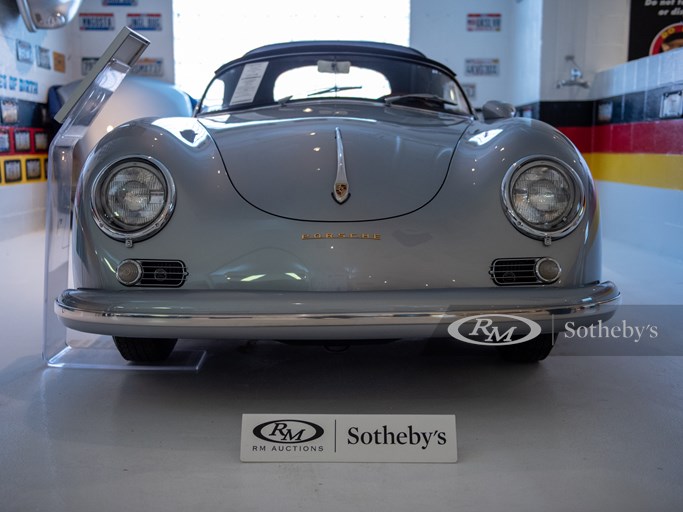 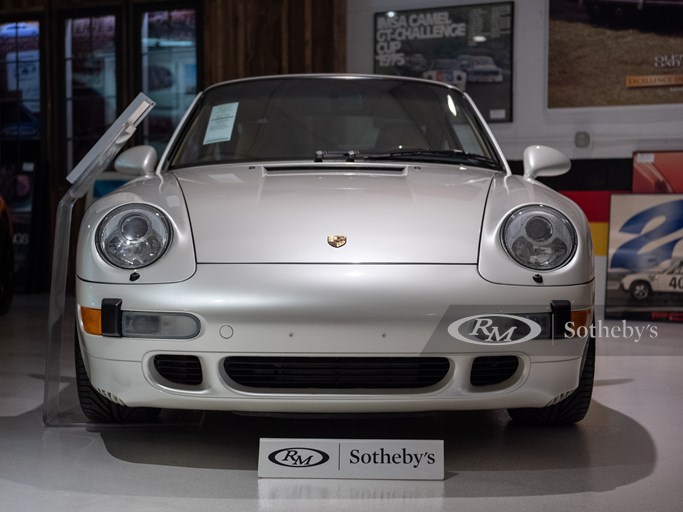 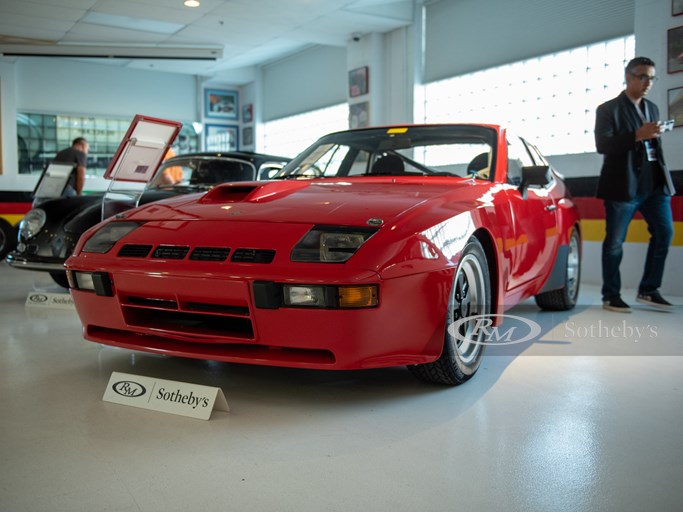 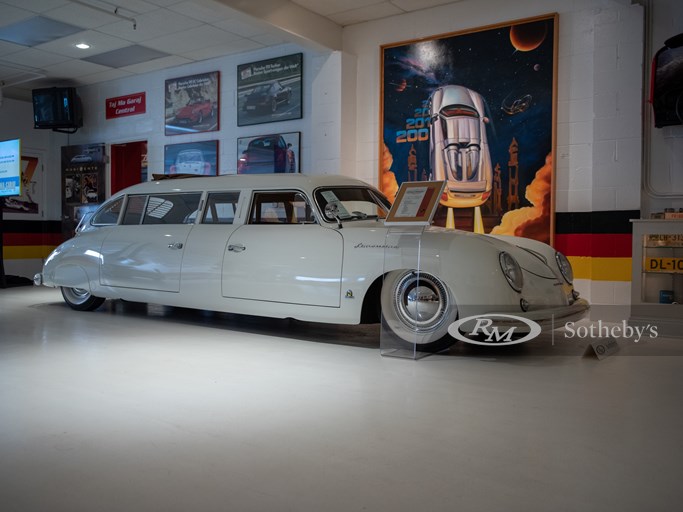 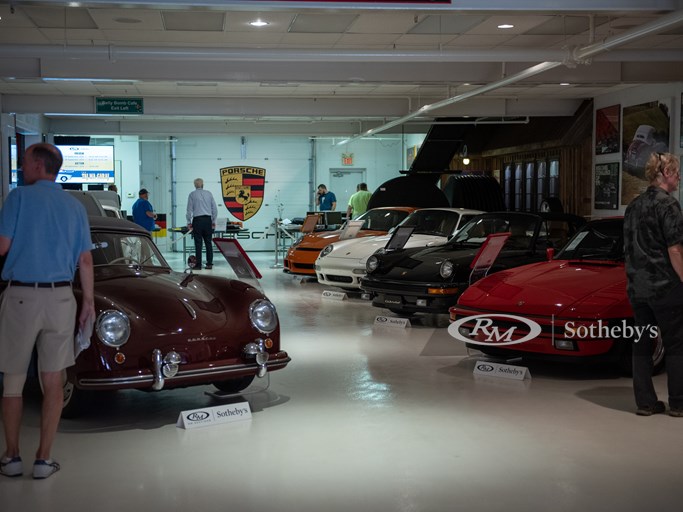 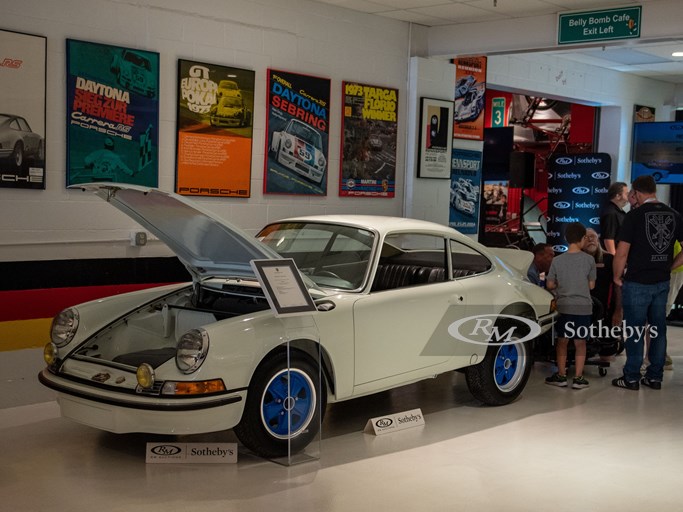 The auction began before a packed house, with every seat in the auction area filled as collectors raised their paddles for the chance to go home with one of John Dixon’s prized collectibles or cars. Remote bidder participation was also strong, with more than 40 percent of bidders joining the auction via phone or Internet. Several motor cars drew nine or more individual bidders to the phone lines alone.

Strong prices were achieved across the automobile and motor vehicle offering, including for rare cars long held within the Taj Ma Garaj Collection as well as for those ordered or created by John Dixon himself. Leading the cars was a desirable “Four-Cam” 1957 Porsche 356 A Carrera GT Speedster by Reutter, equipped with its original, matching-numbers 1500 GT engine and beautifully restored to the highest standard. A fantastic example of the lightest, most race prepared version of the model, the 356 A Carrera GT secured a final $1,380,000.

John Dixon was well-known for the humor and creativity used in some of his cars and custom-builds. Quirky automobiles from the Taj Ma Garaj Collection drew much pre-sale and auction-room interest, with several cars exceeding expectations. Leading the weird and wonderful lineup was the unique 1953 Porsche 356 Limousine Custom, which incited spirited bidding in the room before selling for $207,200, while a one-of-six 1971 Mangosta Sport Buggy smashed its pre-sale estimate at a final $106,400 (est. $50/75k).

The Taj Ma Garaj Collection auction successfully kicked off on Saturday morning with 356 lots of memorabilia, including sought-after Porsche unobtainium, rare literature, collectibles, engines, and an assortment of arcade ephemera, going under the hammer. Bidding was lively across the collectible lots, with above-estimate prices achieved for a Porsche 911 Carrera Cabriolet Junior at $30,000 (est. $7/9k), a Porsche 550 Spyder Junior at $19,200 (est. $8/12k), and a Porsche 356 A Speedster Junior at $15,600 (est. $8/12k), among many others.

Following the auction, Donnie Gould, Senior Car Specialist, RM Sotheby’s, said: “We could not be more thrilled with the success of the Taj Ma Garaj auction this past weekend. Our team prides ourselves in providing custom and concierge-level private collection solutions for our clients, and it’s always particularly exciting when the collector and cars offer such individuality. The entire audience had the pleasure of enjoying John Dixon’s humor and fun spirit, with his caricature pictured prominently on the wall behind the auction podium. Every corner of the Taj Ma Garaj space was a fun, witty, and off-the-wall idea that represented his personality, and clients were treated to an exciting auction as well as the amazing collection setting that he envisioned and realized. It was an honor to work with the Dixon family on this special sale, and we’re delighted to see outstanding prices achieved across multiple categories of the Porsche market.”

Hillary Dixon West, daughter of the late John Dixon, adds: “This auction was an emotional process for our family as we celebrated our father’s love for Porsche and the place in our hearts that the Taj Ma Garaj holds. RM Sotheby’s conducted an event that was so much more than a successful auction… they celebrated John’s humor and creativity as well as his attention to detail and passion for collecting only the very best of the best. From day one, they came in and took care of everything from start to finish, which speaks to the experience and skill of the RM team. Throughout the entire auction, the smiling caricature of John as the Taj Ma Garaj genie was behind the podium, and we’re sure it took place exactly as he would have wanted, smiling and enjoying every bit of it!”

The RM Sotheby’s Group continues its auction calendar with the company’s annual Hershey sale, 10-11 October in Pennsylvania. A featured attraction of the Antique Automobile Club of America’s Eastern Division Fall Meet, RM Auctions Hershey sale is not one to be missed. A mainstay on the auction calendar, the sale gathers collectors and hobbyists from around the globe for an annual enthusiast’s affair at Hershey Lodge. Known for its emphasis on significant Veteran, Brass and Classic Era American cars with fascinating histories, as well as its presentation of important private collections, bidders can expect a hand-picked roster of more than 200 historic automobiles and a selection of memorabilia to go under the hammer.

Further information on upcoming events, along with complete results from The Taj Ma Garaj Collection sale are available at rmsothebys.com.