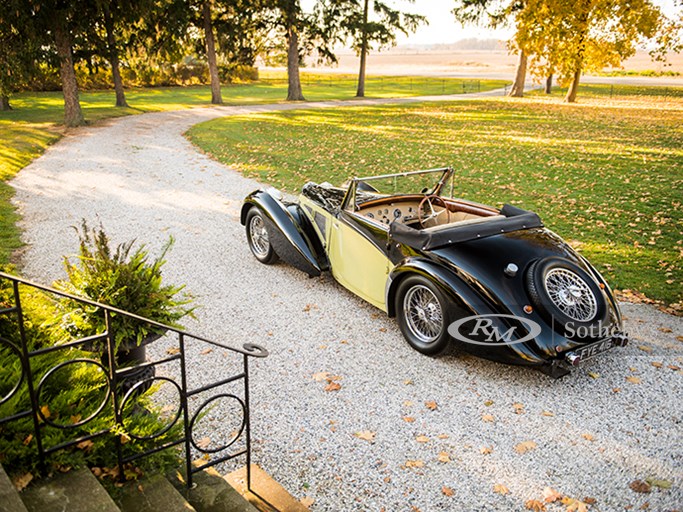 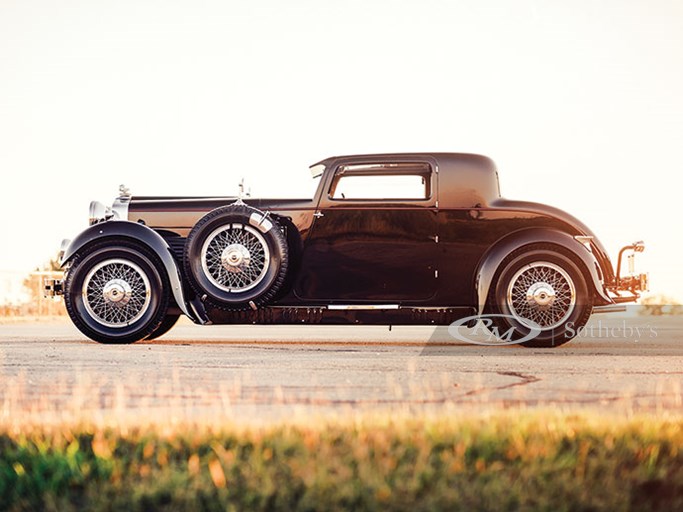 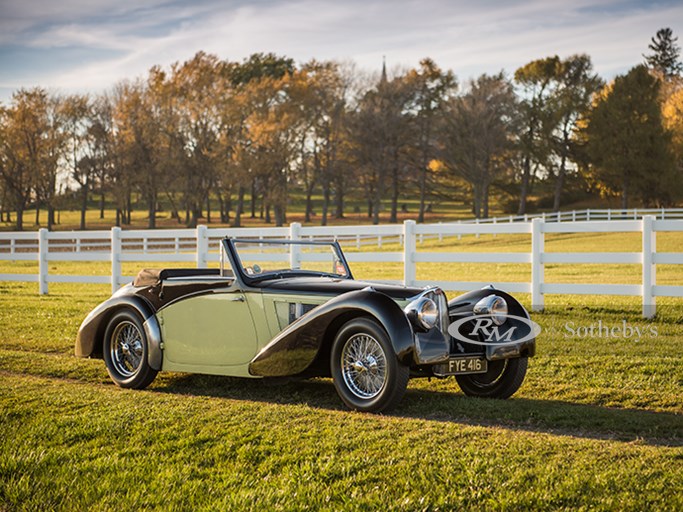 BLENHEIM, Ontario (November 22, 2016) – RM Sotheby’s, the official auction house of the Amelia Island Concours d’Elegance, will bring stylish French pre-war automotive design to the forefront when it returns to Amelia Island, Florida, March 11. Building on the company’s strong track record in Northeast Florida—the 2017 event represents RM’s 19th annual Amelia Island event—the March sale will be headlined by a stunning 1937 Bugatti Type 57S Cabriolet with rare coachwork by Vanvooren of Paris. Offered for public sale for the first time in its 80-year history, the Type 57S is expected to be among the most valuable automobiles ever offered during the Amelia weekend.

Highlighted by its striking and sporty body style, the 1937 Bugatti Type 57S Cabriolet, chassis no. 57513, is one of only three built. It is believed to be the only example of its kind in private hands retaining its original chassis, body, engine and gearbox, plus numerous other seldom seen original components. Perhaps even more fascinating is that it has never been completely disassembled for restoration and remains in exquisitely original condition. Well-documented with known history, it has enjoyed a short string of long-term owners, mostly UK-based enthusiasts; its second and third custodians were notable fixtures in the tight-knit Bugatti community, racing 57513 at Bugatti Owners Club meets, excelling in hill climb events, while also using the car for Continental touring.

In 1962, the featured T57S was acquired by T.A. (Bob) Roberts, OBE, who went on to become its longest-term owner, carefully maintaining the car for the next three decades. Early in Roberts’ custodianship, the Bugatti was changed to its current livery of black over primrose yellow, with various upgrades made to enhance cooling and lighting. During the 1970s, Roberts fitted 57513 with an unused 1937 Type 57G competition engine, while the original unit (numbered 21S) was kept along with the car. Thereafter, it was principally used as a road car, and eventually retired to Roberts’ Midlands Motoring Museum in Bridgnorth, Shropshire, with its original engine reinstalled before passing onto its current and first American owner in the 1990s. In single-ownership for the last two decades, 57513 comes to Amelia Island with its original engine still equipped with the larger competition carburetor from the Type 57G motor, offering an impressive increase in power, and following a recent mechanical recommissioning by RM Auto Restoration. It is expected to command in excess of $8.5 million when it takes center stage at RM’s Amelia Island sale at the Ritz-Carlton in March.

“The cars of Ettore and Jean Bugatti exemplify the virtues so appealing to the Classic Era sporting enthusiast who had the means to acquire the very best. The T57, in particular, was legendary for its high power, light handling and overall refinement,” says Don Rose, Car Specialist, RM Sotheby’s.

“Then comes the exceptionally rare and sporting T57S, one of very few open cars built on the same advanced competition chassis as the iconic Bugatti Atlantic Coupé, and just as rare. In total, just 48 57S chassis were built, the majority of which featured factory design coachwork. The fact that this car is one of only three cabriolets bodied by Vanvooren makes it all the more special. We’re truly honored to be presenting chassis 57513 at Amelia Island on behalf of its long-term owner. One could choose to maintain its exceptional originality and charm, or it could be considered as a restoration candidate, expected to be highly competitive at the top level of the international concours scene, potentially worthy of Best of Show celebration.”

The largely unmolested, blue-chip Bugatti will be surrounded by a curated selection of some 80 handpicked automobiles at RM Sotheby’s upcoming Amelia Island sale. Among other entries representing beautiful pre-war design: a 1930 Stutz Model M Supercharged Coupe.

One of only three supercharged Stutzes in existence, the 1930 Stutz Model M Supercharged Coupe, chassis no. M-C-31312, is clothed as a rakish and low-slung aluminum coupe by Lancefield Coachworks. Universally lauded for its handsome and sinister appearance, it comes to Amelia Island beautifully restored and with an impeccable history, including a well-known roster of owners dating back to famed Stutz collector A.K. Miller, who purchased it in the late 1940s. Owing to its provenance, design and supercharged specification, it is undoubtedly one of the most desirable examples of the Stutz marque (Est. $1,000,000 – $1,400,000).